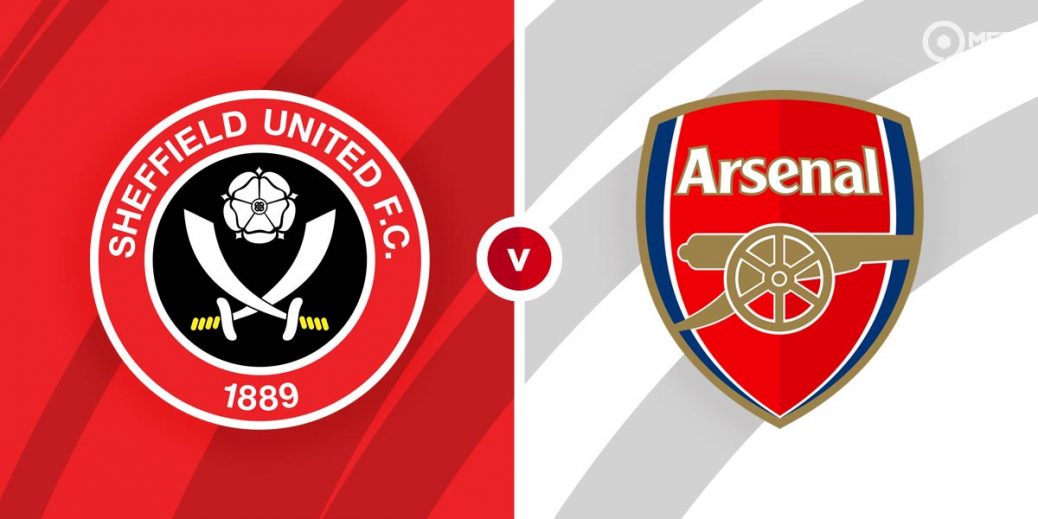 SHEFFIELD UNITED's Premier League fate is almost sealed and Arsenal will look to inch the Blades closer to that inevitable relegation this weekend.

The spirit in the Sheffield United camp was never in doubt before Chris Wilder departed, but the Blades recent 5-0 hammering at Leicester bared all the hallmarks of a team that looked resigned to Championship football next season

Last time out, Sheffield United slumped to a 2-1 defeat at Yorkshire rivals Leeds, on an afternoon where my recommended Bet Builder banked.

Next up for the beleaguered Bramall Lane outfit is a Sunday night encounter with an Arsenal side who are struggling for any degree of consistency.

In many ways, the Gunners chaotic 3-3 draw with West Ham three weeks ago summed up Arsenal's season under Mikel Arteta, while last week's 3-0 thumping at home to Liverpool will have done little to lift the mood in north London.

As such, it would appear that winning the Europa League now represents Arsenal's best chance of securing Champions League football next season, but those ambitions suffered a major setback when the Londoners were held to a 1-1 draw by Slavia Prague on Thursday night.

Sheffield United have lost seven of their last eight Premier League matches and the bookies odds suggest that trend is set to continue with the Blades big underdogs here at 11/2 with Bet 365, with the draw priced up at 3/1 with UniBet.

Arsenal have avoided defeat in each of their last three away matches and a Gunners win this weekend is trading at 4/7 with TonyBet.

This fixture could represent a good opportunity for Arsenal to restore some confidence but the visitors look a bit too short to side with here at the above-mentioned odds.

However, we can boost the price up to 5/6 via a Bet 365 Bet Builder by throwing under five match goals into the equation.

Arsenal have won 12 Premier League matches this season and 11 of those triumphs featured fewer than five match strikes.

What's more, 21 of Sheffield's 24 Premier League defeats this season have seen less than five match goals scored and that only adds to the appeal of supporting the same formula at Bramall Lane on Sunday night.

Indeed, Mikel Arteta may rotate his squad given Europa League commitments, but I suspect the Gunners will have too much firepower for a demoralised Sheffield United side who are doomed to the drop.

I'll also have a play on a second Bet Builder and combine Arsenal to score over one goal and Sheffield United to receive at least one card, an even-money (1/1) shot with Bet 365.

Mikel Arteta's men were mighty impressive in their 3-1 win at Leicester last month and they demonstrated their attacking prowess when staging a stunning comeback at West Ham during their last top-flight road trip.

Sheffield United, on the other hand, have failed to shutout their opponents in 28/30 league matches this season and it's difficult to see them recording a rare clean sheet when Arsenal come calling this weekend.

I'll complete the Bet Builder by backing Sheffield United to see at least one card on Sunday night – the Blades are the most ill-disciplined team in the Premier League this term with their 1.9 cards per game average and they have gone into the book in 20 of their last 21 top-flight tussles.

This English Premier League match between Sheffield United and Arsenal will be played on Apr 11, 2021 and kick off at 19:30. Check below for our tipsters best Sheffield United vs Arsenal prediction. You may also visit our dedicated betting previews section for the most up to date previews.