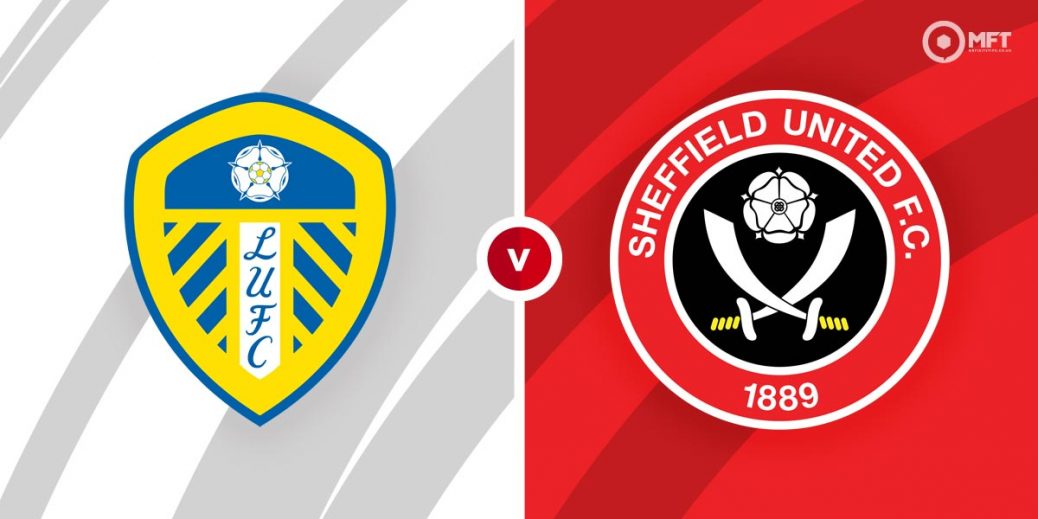 SHEFFIELD UNITED are almost certainly heading for the drop and Yorkshire rivals Leeds will look to push the Blades closer to the Premier League trapdoor at Elland Road on Saturday.

The spirit in Sheffield United camp was never in doubt before Chris Wilder departed, but the Blades 5-0 hammering at Leicester bared all the hallmarks of a team that looked resigned to relegation.

As such, interim Sheffield United manager Paul Heckingbottom will be hoping that he can inspire a response from his side when they make the short trip to Leeds this weekend.

Marcelo Biela's men have impressed with their attack-minded approach this season and they remain firmly in the hunt for a top-10 finish.

Last time out, Leeds snapped their London hoodoo with a well-deserved 2-1 win at Fulham, on a night where both of my recommended bets banked.

That triumph propelled the Whites up to 11th place in the Premier League table and another victory on Saturday would see them leapfrog Aston Villa in the standings, at least temporarily.

Leeds landed three points from the reverse fixture and another Whites win here is heavily fancied at 1/2 with PaddyPower.

Sheffield United have lost 14 of their last 16 Premier League away matches and the Blades are big outsiders here at 11/2 with Bet 365, with the draw an unfancied 7/2 with UniBet.

Consistency hasn't been something associated with Leeds this season so I'm going to swerve the match result market here and instead head to Bet 365‘s Bet Builder.

If we combine over zero Leeds goals alongside over one Sheffield United card we can get some 21/20 (Bet 365) and that makes plenty of appeal.

To date, only five teams in the Premier League have scored more goals than Leeds this season, while confidence-stricken Sheffield United have conceded at least one strike in 27 of their 29 top-flight tussles this term.

In fact, the Blades brittle backline have failed to bag a clean sheet in each of their 14 Premier League road trips this season and they will be hard tasked in their attempts to keep forward-thinking Leeds at arm's length on Saturday.

With that in mind, I'll happily back the hosts to hit the back of the net here, but in order to boost up the price, I'll also back Sheffield United to collect two or more cards during this contest.

The visitors will be desperate to put up a fight at Elland Road, not to mention Sheffield United are the most ill-disciplined team in the Premier League this season with their 1.9 cards per game average, a figure that increases to a lofty 2.21 when playing away from their Bramall Lane base.

What's more, the Blades have picked up two or more bookings in 14 of their last 18 Premier League outings and given their current predicament, coupled with the fact this is a Yorkshire derby, I'm happy to support 2+ Sheffield United cards on Saturday.

I'll also dip into the anytime goalscorer market and take the 21/20 on offer with TonyBet for Leeds striker Patrick Bamford to get on the scoresheet.

Bamford is in the form of his life, having scored 14 goals and contributed six assists for Leeds in the Premier League this season, and I reckon he represents a bit of value to put another nail in Sheffield United's coffin on Saturday.

This English Premier League match between Leeds and Sheffield United will be played on Apr 3, 2021 and kick off at 15:00. Check below for our tipsters best Leeds vs Sheffield United prediction. You may also visit our dedicated betting previews section for the most up to date previews.