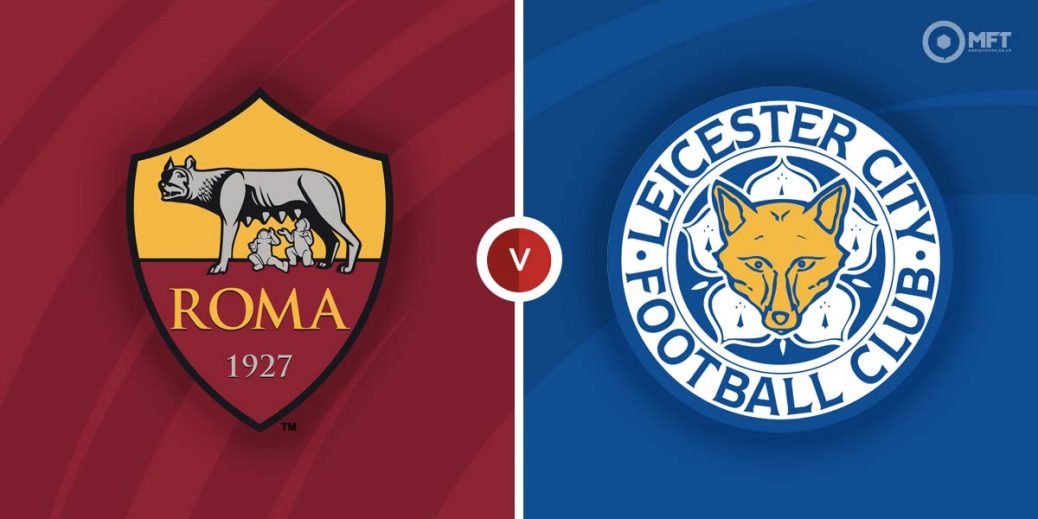 WITH the tie delicately poised after a 1-1 draw in the first leg, Roma and Leicester reconvene for the second leg of their Europa Conference League semi-final in Rome on Tuesday night.

It's certainly been a mixed season for the Foxes, who have failed to keep pace in the fight for continental qualification in the Premier League season.

Last time out, eleventh-placed Leicester slumped to a 3-1 defeat at Tottenham Hotspur, on an afternoon where my match preview delivered a clean sweep of winners.

Brendan Rodgers and Co are clearly and understandably focusing on the Europa Conference League but a trip to the Eternal City will provide a big test of their mettle.

Roma have been heavily fancied to go deep in the tournament from the offset under the tutorship of serial trophy winner Jose Mourinho.

With the Conference League being their only chance of silverware this season, the Italian outfit will be feeling quietly confident about sealing their passage to the inaugural final following last Thursday's stalemate at the King Power.

Roma, who are unbeaten in Europe at home this season, head into this second lea showdown as 13/11 favourites with SBK.

Leicester have already lost on Italian soil this season – a 3-2 Europa League defeat at Napoli in December – and the bookies odds suggest the Foxes could suffer a similar fate on Thursday night with an away win trading at 5/2 (SBK) while a repeat of last week's outcome has been priced up at 9/4 (SBK).

With two evenly-matched sides squaring off in a high-stakes second-leg semi-final, I'm going to steer clear of the 1×2 market and instead head to Bet 365's Bet Builder feature.

Combining over zero Roma goals, under five match goals and Roma to qualify will bring about a 5/6 (Bet 365) shot and that looks like a nice way in on Thursday night.

As already alluded to, Roma have yet to taste to defeat at the Studio Olimpico in the Conference League this season, triumphing in four of their six outings to date, and drawing the other two.

What's more, Jose Mourinho's men have made the net bulge in each of those aforementioned six matches which doesn't bode well for a Leicester backline that has been leaking goals all season long.

Brendan Rodgers' side have failed to record a clean sheet in each of their six continental road trips this season so far and I expect that sequence to continue when they come up against a Roma team that have already racked up 27 goals in this year's competition.

As such,  I'm more than happy to back the Serie A side to score at least once on Thursday night, but given that Mourinho's sides tend adopt a pretty cautious approach to the game, coupled with what's at stake, I'll also throw under five match goals into the mix.

In fact, I suspect the Portuguese's nous and tactical ability to count for plenty here and that his side will ultimately do enough to get over the line and stamp their ticket to Tirana.

It's also worth pointing out that above-mentioned combination has clicked in Roma's last two second-leg ties on home turf and that only adds to the appeal of supporting the same formula once more in the Italian capital on Thursday night.

This UEFA Europa League Conference match between Roma and Leicester City will be played on May 5, 2022 and kick off at 20:00. Check below for our tipsters best Roma vs Leicester City prediction. You may also visit our dedicated betting previews section for the most up to date previews.