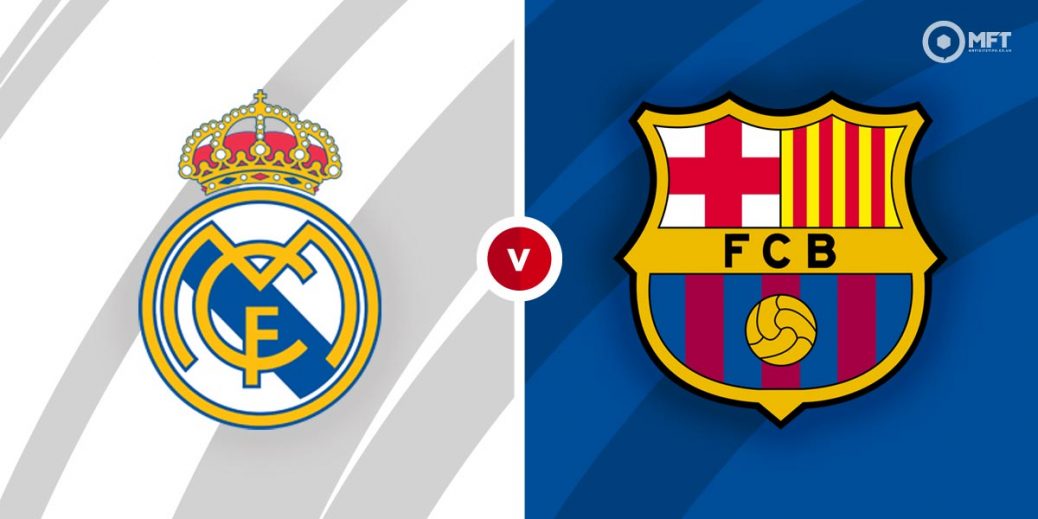 IT didn't look like the second Clasico of the season would have much bearing on the destination of the La Liga title when Real Madrid and Barcelona both made dismal starts to the season.

But with pace-setters Atletico Madrid stumbling as we head down the home straight, this clash in Madrid could prove pivotal in deciding who rules the roost in Spain.

The stakes couldn't be higher with Barca one point behind Atletico and two ahead of Real with nine games to play and the stage is set for another memorable clash between these bitter rivals.

Zinedine Zidane's side head into the game on a high after battering Liverpool 3-1 in the Champions League to make it 12 games unbeaten.

But Barca's form is almost as impressive, going nine games without defeat since they crashed 4-1 at home to PSG in Europe.

Ronald Koeman's side haven't lost in La Liga since the start of December, although they needed a last-gasp Ousmane Dembele goal to see off 10-man Valladolid on Monday night.

Clasicos are always hard to call but it's even tougher with home advantage counting for little behind closed doors. The bookies make Barcelona narrow favourites as they are a best 5/4 at Unibet while Real Madrid are 2/1 at William Hill, which will attract plenty of interest. The stalemate is always a decent option in this fixture and it pays 29/10 at Unibet.

Zidane's side won 3-1 in Barcelona earlier this season (below) and have gone three games without defeat against their bitter rivals. But the Catalans were on a six-game unbeaten run in El Clasico before that so they've shaded the head-to-head in recent seasons.

I flagged up Karim Benzema as Real's biggest threat against Liverpool but instead it was youngster Vinicius Junior who stole the show with a double. The Brazilian's pace could cause Barca a headache and he's overpriced at 16/5 with 888Sport for anytime scorer.

Nobody has delivered in this fixture more than Lionel Messi and the Nou Camp talisman heads into this game in great form, with five goals from his last four outings. Messi (below) is 11/10 with Unibet for a goal and always worth backing at odds-against.

Armchair fans across the globe should be treated to plenty of thrills as both sides have been scoring freely while failing to keep things tight at the back. Over 2.5 goals is just 8/13 at William Hill and only worth it for accas but the odds increase to 6/4 for over 3.5 strikes.

Both teams scored in the last Clasico but that bet failed to land in the previous four meetings so BTTS doesn't look great value at a best 3/5 with RedZone.

There's not much between these sides so it could pay to back a one-goal winning margin for either side at 135/100 with TonyBet.

Controversy usually hovers over this fixture and that makes betting on cards and penalties a decent strategy. Paddy Power are offering 15/8 on either team scoring from the spot but the card markets haven't been priced up yet.

It has been level at half-time in the last three meetings so the 11/8 on offer at McBookie for a repeat here looks good value.

This La Liga match between Real Madrid and Barcelona will be played on Apr 10, 2021 and kick off at 20:00. Check below for our tipsters best Real Madrid vs Barcelona prediction. You may also visit our dedicated betting previews section for the most up to date previews.