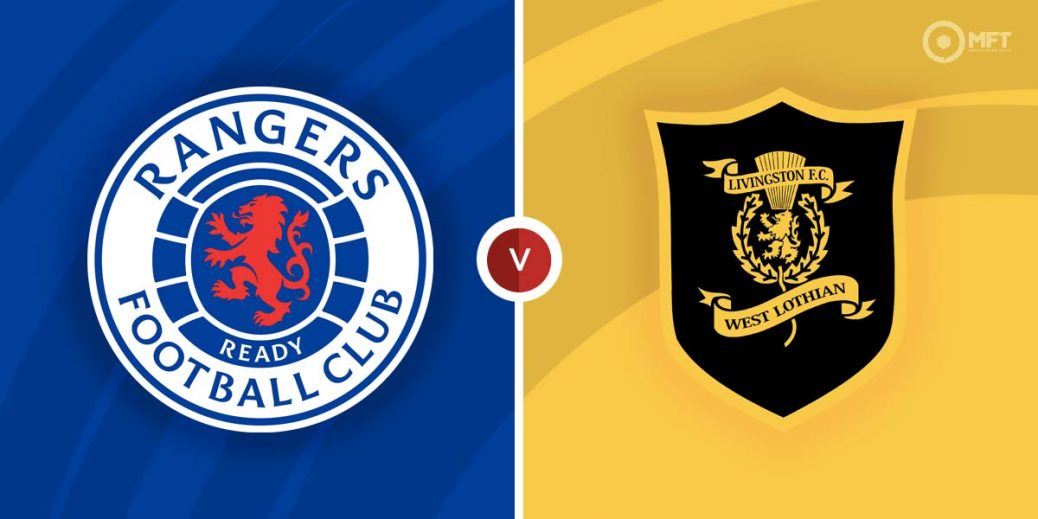 RANGERS will be looking to return to winning ways in the Scottish Premiership when they welcome Livingston to Ibrox on Wednesday night.

The reigning champions dropped league points for the first time under the guidance of Giovanni van Bronckhorst as they were held to a 1-1 draw by Aberdeen last midweek.

That stalemate allowed Old Firm foes Celtic to close the gap to just four points, so Gers will be aware that they have no room for error if they are to remain in a strong position in their quest to retain the Scottish crown.

Last time out, Rangers secured their place in the next round of the Scottish Cup as they swatted aside fourth tier Stirling Albion, but the hosts will know a tougher test awaits them when Livingston come to town.

After a slow start to the season, the Lions have hit their stride in recent weeks, triumphing in four of their last six matches across all competitions, the most recent of which was a 1-0 Scottish Cup success against Ross County.

That upturn in form has seen David Martindale's men rise to eighth place in the Scottish Premiership standings, five points behind Aberdeen in the final top-six spot.

Rangers, who have avoided defeat in each of their last 19 Scottish Premiership matches, enter this contest as short-priced 1/6 (SBK) favourites.

Livingston have slumped to defeat in each of their last nine visits to Ibrox and the bookmakers' odds unsurprisingly suggest that sequence will continue, with an away win trading at 21/1 (SBK) while the draw is also deemed improbable at 7/1 (SBK) with the same firm.

It's difficult to envisage anything other than a routine Rangers win here, so looking away from the traditional markets may be the best way to squeeze some value out of this fixture.

I'll therefore delve into UniBet's Match Multi market and merge Rangers to win, Rangers to take the most corners and Livingston to receive the most cards at 10/11 (UniBet).

As already alluded to, the Light Blues are in the midst of an impressive unbeaten at the moment, not to mention they haven't lost a league game at their Govan base in almost two years, claiming maximum points from a whopping 27 of those 30 matches.

As such, I'm more than happy to back Rangers to get back on track here, but to boost the odds, I'll also side with the hosts to win the corner count.

The Ibrox outfit are averaging hefty 8.19 corners per game this season, a tally that increases ever so slightly to 8.82 when going about their business on home turf.

With Rangers expected to dictate the tempo of the game, I'll round off the 10/11 (UniBet) combination by backing Livingston to collect the most cards during this contest.

David Martindale's team are averaging 2.48 bookings per 90 this term and it's also worth noting that they have received more cards than their opponents in 57% of their league games this season so far.

What's more, the aforementioned Bet Builder would have paid out in each of the previous three meetings between the sides this season, all of which adds to the appeal of supporting the wager on Wednesday night.

Elsewhere, I'll also have a small play on Livingston to receive three or more cards during this encounter at even-money (1/1) with UniBet.

The Lions clocked up five and three cautions respectively in their previous two league meetings with Rangers earlier this season, so the same bet looks worthy of some interest on a night where Rangers are expected to dominate the ball for long stages.

This Scottish Premiership match between Rangers and Livingston will be played on Jan 26, 2022 and kick off at 19:45. Check below for our tipsters best Rangers vs Livingston prediction. You may also visit our dedicated betting previews section for the most up to date previews.