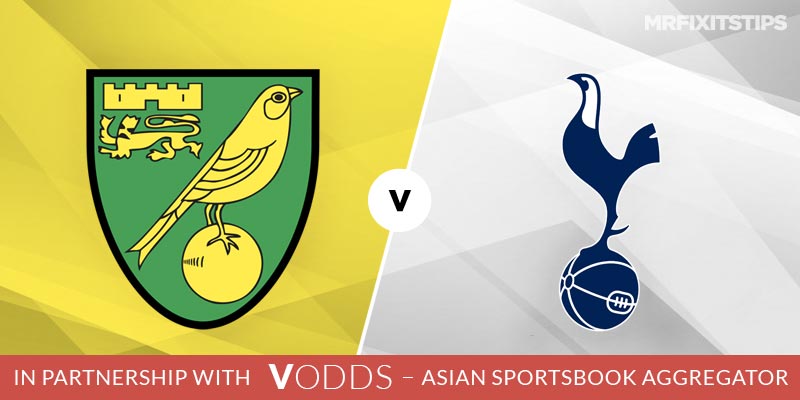 THE Premier League's frantic festive fixture list will see no respite this weekend with another full set of matches scheduled and the live Saturday teatime offering sees Norwich take on Tottenham.

However, the self-proclaimed “Special One” was satisfied to see his side bounce back from last weekend's disappointing derby defeat against Chelsea by putting the Seagulls to the sword and Mourinho will be targeting back-to-back wins at Carrow Road on Saturday evening.

The Canaries crashed to a 1-0 defeat in a crunch relegation six-pointer at Villa Park on Boxing Day – a result which seen Norwich hit rock-bottom of the Premier League table at the halfway stage of the season.

Indeed, Daniel Farke's free-flowing football won plenty of plaudits in the early weeks of the season, however, Norwich now appear to be in freefall – the Yellows are without a win in their last six outings.

Norwich have only picked up one point from their last six Premier League outings at Carrow Road and a first home win in almost four months is priced at 4/1 (Bet 365) and a share of the spoils is also deemed unlikely at 3/1 (Bet 365) with the same firm.

I successfully tipped a festive full house in my Tottenham versus Brighton Match Preview and I'm going to revisit one of my three winners this weekend by backing Harry Kane to get among the goals.

The Spurs striker made the net bulge against Brighton to take his tally for the season to 16 goals in 23 appearances across all competitions and I fancy the Tottenham talisman to add to that total when coming up against the worst defence in the division.

Whether or not Kane gets on the scoresheet remains to be seen, however, I do also like the look to the 5/6 (PaddyPower) on offer Kane to have two or more shots on target at Carrow Road.

The England skipper is averaging just over one shot on target per-game this season, however, given that Farke's sides tend to attack with plenty of spirit, coupled with the Canaries confidence-stricken rearguard, I'm attracted to the 5/6 that PaddyPower are offering for Kane to hit the target at least twice in what could be goal-laden and open encounter.

What's more, the Carrow Road club have conceded two or more goals in eight of their nine league matches at home thus far – a stretch of games in which Norwich have failed to keep a clean sheet in – and with that in my mind, I'll be looking to get the Lilywhites on side in this showdown.

However, Norwich have scored in all but of their home games this term and Tottenham's defence is anything but watertight – Spurs have only registered two shutouts in the first half of the season- and as such I'm going to steer clear of backing Spurs to win outright.

Instead I'm going to utilize Bet 365's Builder by combining Tottenham on the double chance and Tottenham to score two or more goals which pays 4/6 (Bet 365) – a betting angle that would have banked profit for the last six visiting sides to this venue.

This English Premier League match between Norwich and Tottenham will be played on Dec 28, 2019 and kick off at 17:30. Check below for our tipsters best Norwich vs Tottenham prediction. You may also visit our dedicated betting previews section for the most up to date previews.