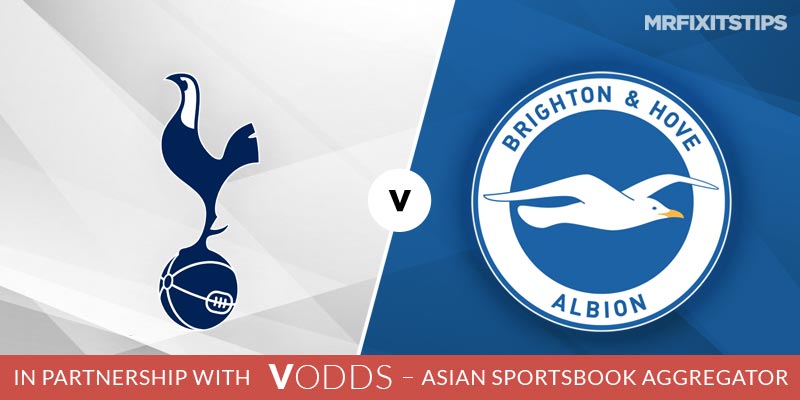 SPURS will be bruised following Sunday's 2-0 defeat against Chelsea and the Lilywhites will be looking to bounce back by landing three points on Boxing Day against Brighton.

Jose Mourinho's Tottenham Hotspur honeymoon came to a harrowing end when he was outfoxed by former player Frank Lampard who steered Chelsea to a richly deserved victory in a game that was overshadowed by alleged acts of racism.

The self proclaimed “Special One” appeared to have sprinkled some magic on Spurs by landing four wins in five leagues games before being beaten by the Blues on Sunday – the Portuguese's first-ever defeat on his own patch against one of his former sides. The capital club will take to their own turf again on Boxing Day when hosting a Brighton side who brilliantly dismantled Spurs in the reverse fixture back in October whilst strolling to a 3-0 success.

Yet, Potter watched his side fall to a 1-0 defeat at home to Sheffield United on Saturday, however, Brighton have bagged four points from two recent trips to London – a 2-1 victory at Arsenal and 1-1 draw with rivals Crystal Palace.

The Seagulls have picked up points in their last two top-flight road trips, however, the bookies believe that Brighton will be hard tasked in taking anything away from the Tottenham Hotspur Stadium – the draw is an unfancied 7/2 (UniBet) and a Brighton triumph is also deemed improbable at 24/5 (UniBet) with the same firm.

Given the fluency that Brighton are playing with I wouldn't be surprised to see the visitors keep this clash a lot more competitive than what the betting suggests and as such I'm going to revisit a bet that I successfully tipped last Monday night by backing both teams to score.

Indeed, both Brighton and Tottenham failed to score last weekend, however, the Seagulls have only managed to secure a solitary shutout in their last 10 attempts – and seven of that sequence have seen both sides score.

What's more, Spurs have only registered a pitiful two clean-sheets in 18 Premier League matches this season and that coupled with the fact that Brighton have made the net bulge at Old Trafford, Anfield and the Emirates has me attracted to the 8/11 (Ladbrokes) on offer for both teams to score.

In considering who may get on the scoresheet, I'm going to keep faith with Harry Kane – I fancied the Spurs forward to score against Chelsea and his failure to do so now means that the Tottenham talisman has only hit the back of the net once in his last five league outings.

However, Kane will have to step up in the absence of the suspended Son Heung-Min and the England skipper should not be starved of service like he was on Sunday against Chelsea when coming up against the south coast side.

Kane has banged in 15 goals in 22 appearances this season – and another strike is starting to look overdue – all of which adds to the appeal of backing the Spurs striker to score at 10/11 (Betfred) against a shaky Seagulls backline.

Whether or not Kane gets back among the goals remains to be seen, however, back-to-back league defeats at home for a Mourinho led side looks unlikely.

Spurs look slightly skinny at 1/2 (PaddyPower) to win outright and I'm therefore going to opt for alternative angle with a view to getting the hosts on side by utilizing Bet 365's Bet Builder to combine Tottenham on the double chance, over 1.5 match goals and over 1.5 match cards which pays 4/6 (Bet 365) – a bet that would have banked profit in four of Mourinho's six Premier League games in the Spurs hot-seat thus far.

This English Premier League match between Tottenham and Brighton will be played on Dec 26, 2019 and kick off at 12:30. Check below for our tipsters best Tottenham vs Brighton prediction. You may also visit our dedicated betting previews section for the most up to date previews.