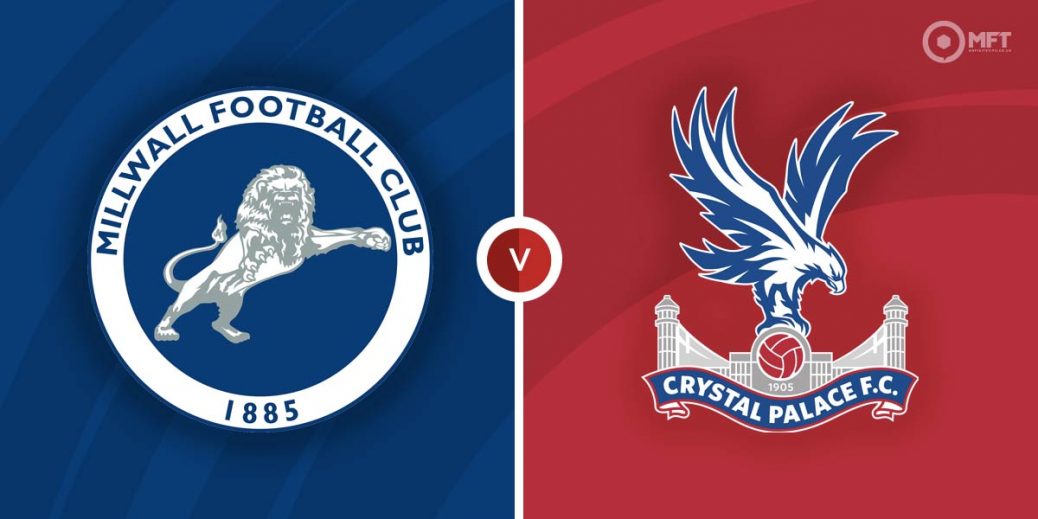 CRYSTAL PALACE's FA Cup campaign begins with a short trip across the capital to English Championship outfit Millwall in the third round on Saturday lunchtime.

The Eagles have performed above expectations in England's top flight this season, picking up 23 points from their 20 matches to sit comfortably in mid-table.

Consistency remains an issue, however, with the Selhurst Park outfit heading into this clash off the back of a 3-2 defeat against West Ham, on an evening where my Over 2.5 goals selection sailed home.

Palace boss Patrick Viera – a five-time FA Cup winner as a player – will now manage his first game in the competition and there is no question that this is a potential banana skin for the visitors.

Although they remain seven points adrift of the Championship playoff spots, Millwall do have matches in hand on some of the clubs above them.

That said, Gary Rowett's men have posted just two wins across their last eight league matches, with their most recent reverse on the road last weekend, when they fell to a 3-2 defeat at Bristol City, following a dramatic late collapse.

Millwall, who have avoided defeat in nine of their 11 English Championship home games this season, enter this cup tie as 11/4 (Bet 365) outsiders while the 90 minute draw is an unfancied 12/5 (SBK).

Crystal Palace, who are unbeaten in each of their last five meetings with Millwall, head across the city as 22/19 (SBK) favourites.

Crystal Palace may use this opportunity to hand some of their fringe a chance to impress, so I'm going to swerve the match result market and instead back both teams to score at 11/12 (SBK).

The Eagles have shown huge improvement under the management of Patrick Viera, with the former Arsenal captain overhauling the team and instilling a more energetic, attack-minded style of play.

As such, Palace look a more threatening attacking unit this season, with the Selhurst Park side striking at least once in 14 of their last 18 top flight assignments.

However, Viera's defence is by no means watertight, with the visitors' solitary clean sheet across their last nine matches coming against shot-shy Norwich.

What's more, both teams to score backers would have been rewarded in no fewer than nine of Crystal Palace's last 15 Premier League contests.

Goals are also usually on the menu when Millwall are involved, with both teams obliging in a league-high 17 of the Lions' tier two tussles this term to date.

It's also worth noting that Gary Rowett's side have made the net bulge at least once in all but one of their 11 league games at their Bermondsey base this season thus far.

With all that in mind, backing each team to notch at 11/12 (SBK) makes plenty of appeal in what is expected to be a pulsating cup tie and fantastic atmosphere.

This FA Cup match between Millwall and Crystal Palace will be played on Jan 8, 2022 and kick off at 12:45. Check below for our tipsters best Millwall vs Crystal Palace prediction. You may also visit our dedicated betting previews section for the most up to date previews.