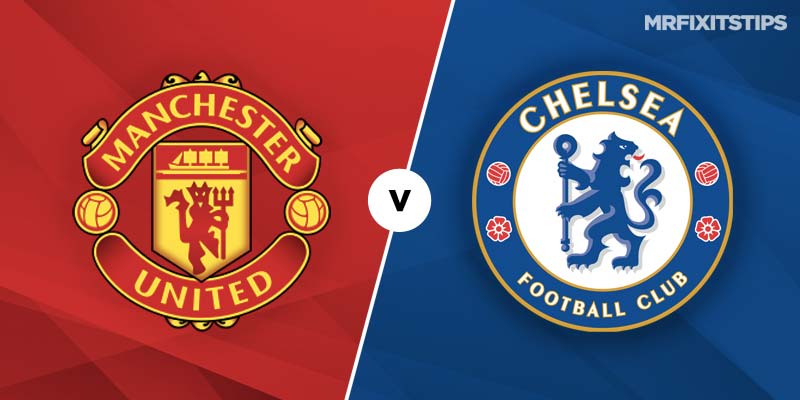 MANCHESTER UNITED will be hoping another epic win in Paris can spark their season into life but Chelsea boast the firepower to bring them crashing back to earth in the game of the Premier League weekend.

Now they host Chelsea looking to rack up their first home Premier League win this season after crashing 3-1 to Crystal Palace then copping a 6-1 thrashing from Tottenham.

Like United, the Blues have disappointed in the league so far, picking up just eight points from their first five games despite Frank Lampard spending big in the summer.

That has mostly been down to dodgy goalkeeping and defending, with Kepa at fault again in their last league game as Southampton came from behind to claim a 3-3 draw.

But with Edouard Mendy in goal they managed to shut out Sevilla in the Champions League, busting my coupon in what looked like a sure-fire bet for both teams to score.

Lampard can't afford to lose more ground at the top so he will be hoping big-money buys Timo Werner and Kai Havertz can fire them to victory at Old Trafford.

This is a hard one to call but the bookies just give United edge at a best 17/12 with VBet while the Blues are 2/1 with the same firm. The draw pays 13/5 at Unibet and that will attract a few bets.

Manchester United bossed this fixture last season, winning three of the four meetings in the league and cup, including a 4-0 thrashing at Old Trafford on the opening day (below).

But Chelsea won the last encounter, coming out 3-1 victors in the FA Cup semi-final at Wembley behind closed doors. Their record at Old Trafford is poor, though, as their last victory at United's home was way back in 2013.

I've flagged up Marcus Rashford (below) as United's biggest threat in their last two games and he has delivered each time, scoring the final goal against both Newcastle and PSG. He netted four times against Chelsea last season so looks overpriced at 2/1 for anytime scorer with BetVictor.

Chelsea striker Werner scored twice in the draw with Saints and looks their best shout for a goal at 7/4 with BetVictor. He's also 9/1 with Paddy Power to hit two or more.

United are hoping skipper Harry Maguire is fit to play but even with him in the heart of their defence they have looked vulnerable. Despite Chelsea's clean sheet in midweek I can see this being an open game so it could pay to go for goals.

Both teams to score doesn't offer great value at 4/7 with William Hill but if you double it with over two corners for each team the odds increase to a 10/11 with the same firm.

This English Premier League match between Manchester United and Chelsea will be played on Oct 24, 2020 and kick off at 17:00. Check below for our tipsters best Manchester United vs Chelsea prediction. You may also visit our dedicated betting previews section for the most up to date previews.