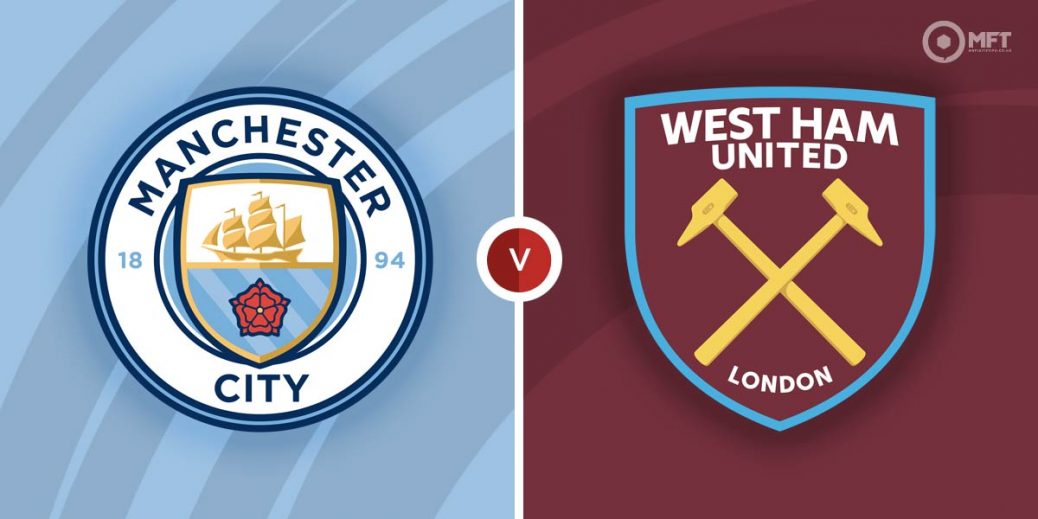 MANCHESTER CITY seem to have clicked into top gear again but this Premier League clash with West Ham will provide a tricky test of their title credentials.

Thousands of coupons were busted when City crashed 2-0 at home to Crystal Palace a month ago, although our man Mark wisely added a bit of security by tipping Patrick Vieira's men in the handicaps.

Since then, the response by Pep Guardiola's men has been superb, rattling off four successive wins to keep pace with Chelsea at the top and march into the last 16 of the Champions League.

They came from behind to beat PSG 2-1 in midweek, after Kylian Mbappe had brought up my scorer bet, and City outclassed a team that also boasted Leo Messi and Neymar.

But those three superstars contributed to PSG's downfall by offering nothing defensively and it will be a different story when Davie Moyes' Hammers rock up at the Emirates.

Moyes has turned West Ham into a team who give 100 per cent effort in all areas of the pitch and they also head into this game after securing progress in Europe.

That 2-0 Europa League victory at Rapid Vienna on Thursday was more comfortable than I thought it would be and Moyes will now be looking for his side to get back on track domestically after a loss to Wolves last weekend.

City are almost always odds-on favourites at home in the Premier League so it's no great surprise to see them at a best 6/19. West Ham look a little overpriced at 10/1 though and even the stalemate pays 5/1 at Betfred.

The Hammers came out on top when these teams last faced off, winning on penalties after a 0-0 draw in the League Cup. But City have dominated this fixture of late and had gone 12 games unbeaten prior to that.

The last five meetings at the Etihad have all ended in home wins, including a 2-1 triumph last term (below).

Gabriel Jesus scored the winner off the bench in midweek and that should earn him a start here for City. The Brazilian is 29/20 for anytime scorer at Unibet which looks decent value.

Set-pieces will offer West Ham their best chance for success so long-odds punters might fancy backing one of the centre-backs for a goal. Kurt Zouma is 18/1 for anytime scorer at Betfred.

Recent games between these sides have been close with two of the last three ending level and the other settled by a one-goal margin. That makes the handicap markets a good option and West Ham -2 pays 21/20 with SpreadEx, with most other firms offering just under evens.

A one-goal winning margin for either side also stands a good chance and that is priced 2/1 at McBookie.

Under 2.5 cards has come up in the last four meetings and that bet pays 21/20 with McBookie here. But I'm more drawn to the 20/21 the same firm offer on West Ham picking up the most cards.

City could rack up a lot of corners with the Hammers set to defend deep and backing them at -4 in the corner handicap pays 37/40 at BetVictor, which looks decent for accas.