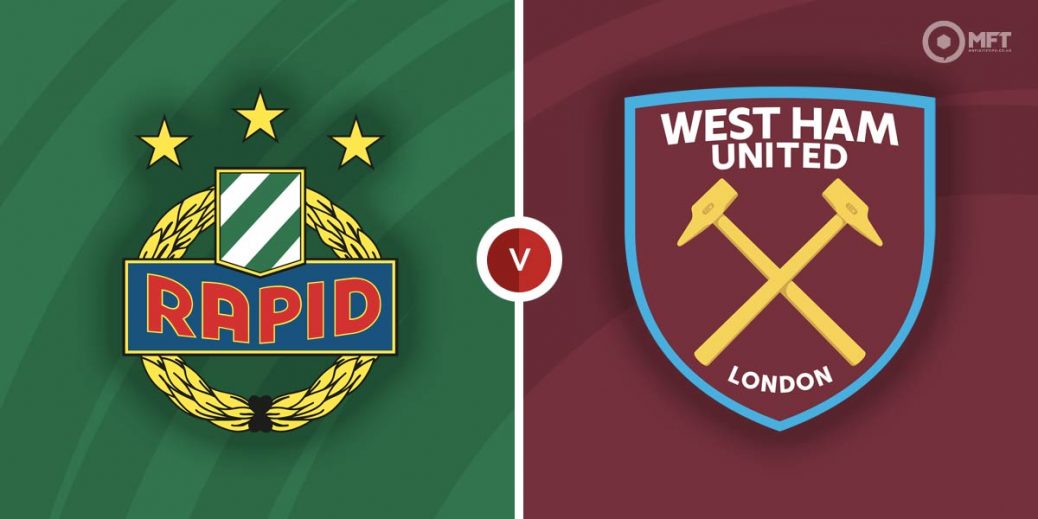 WEST HAM have impressed on their return to the Europa League and should book their place in the last 16 with a victory over Rapid Vienna in Austria.

After three successive wins to kick off Group H, the Hammers dropped their first points with a 2-2 draw in Genk after Tomas Soucek scored a late own goal.

That bust the coupon of our man Mark but the draw was less damaging for the Hammers who need just one more victory in their final two games to guarantee top spot and progression to the last 16.

David Moyes will be desperate to get back to winning ways after a weekend loss to Wolves and his side should be too strong for Rapid who currently prop up the group.

The Austrians have claimed just one victory in the section, at home to Dinamo Zagreb, and have lost two of their last three games in all competitions.

They also crashed 2-0 to West Ham in London (below) so Rapid will need to up their game to defeat the Premier League high fliers and avoid an early exit from Europe.

Rapid are without keeper Bernhard Unger and stopper Kevin Wimmer while West Ham defender Angelo Ogbonna is set for a long spell on the sidelines due to a serious knee injury.

Moyes (below) might make a few changes ahead of a daunting weekend game away to Manchester City. Manuel Lanzini has started most of the European games and appeals here for a goal at 56/19 with SBK.

Rapid should field their strongest side and Ercan Kara looks their best bet for a goal. He has netted nine times this season and is 37/13 at SBK to add another here.

Rapid need a win to keep their Euro hopes alive so I'd be surprised if they parked the bus and tried to frustrate. That makes over 2.5 goals a good option, although the odds aren't great at a best 14/19 with SportNation.

Both teams to score also isn't great value at 13/17 with VBet but I like the look of a one-goal winning margin for either side at 6/4 with McBookie. That bet has landed in both of Rapid's home games in this section.

Backing cards for Rapid players could be another good option as it's do or die for them. Srdjan Grahovac was booked in the London loss to West Ham and is 3/1 at Bet365 to be carded here.

This UEFA Europa League match between Rapid Vienna and West Ham United will be played on Nov 25, 2021 and kick off at 17:45. Check below for our tipsters best Rapid Vienna vs West Ham United prediction. You may also visit our dedicated betting previews section for the most up to date previews.