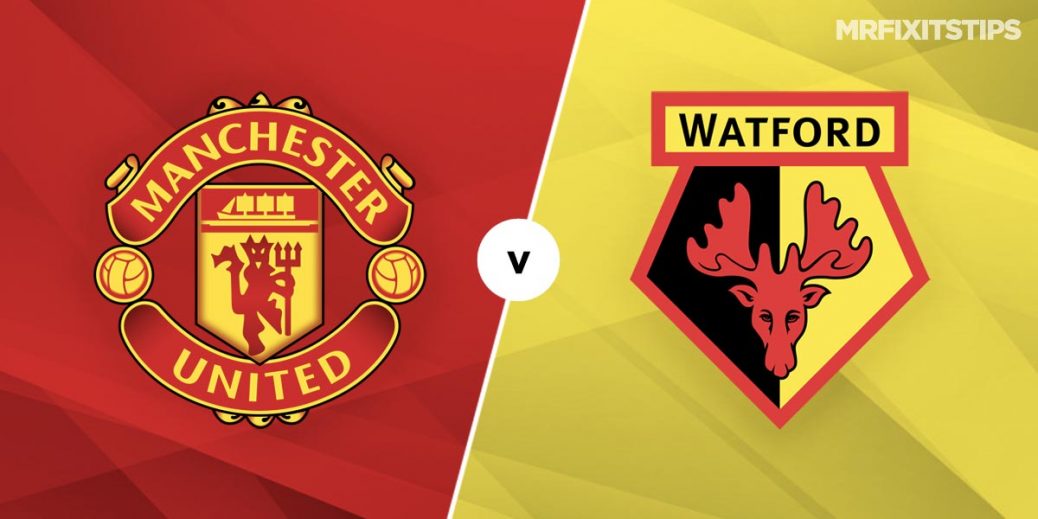 MANCHESTER United will be looking to get back to winning ways when they welcome Watford to Old Trafford in the FA Cup third round on Saturday night.

United were dumped out of the Carabao Cup at the semi-final stage by fierce rivals Man City in midweek, on a night where our man KevinMac delivered a profitable match preview.

Despite that derby setback the Red Devils form in recent weeks has sparked a real sense of optimism at Old Trafford, and Ole Gunnar Solskjaer will keen to see his side rebound when Watford come calling.

Watford dropped out of the Premier League last season but the Hornets have retained a number of their key players as they bid to bounce back to the promised land at the first time of asking.

Having said that, Watford made a stuttering start to life in the second-tier and that saw Vladamir Ivic become the latest victim of the trigger-happy Vicarage Road hierarchy.

Xisco Munez is the latest figure to hop into the Hornets hot-seat and the Spaniard celebrated  a victory in his first match with 1-0 win over Norwich, before watching his new side go down 2-1 at Swansea last Saturday.

Manchester United have won each of their last four home matches against Watford and the Red Devils are red-hot favourites here at 2/7 with Bet 365.

Watford have lost 14 of their last 16 matches with Man United and the bookies odds suggest that trend is set to continue with the Hornets huge outsiders here at 9/1 with Boylesports, while the draw in normal time is an unfancied 19/4 with Bet 365.

Ole Gunnar Solskjaer is expected to ring the changes for this cup clash with a view to protecting his big hitters ahead of Tuesday night's trip to Turf Moor to take on Burnley.

Watford, meanwhile, have been afforded a full week to prepare for this FA Cup tie and it's also worth mentioning they have no forthcoming midweek commitments to contend with.

With that in mind, I fancy the Hertfordshire guests to give this assignment a real go and I'll have a play on the Hornets to hit the back of the net on Saturday night, a 5/6 shot with Bet 365.

United's backline is anything but watertight – the Red Devils have recorded just three clean sheets across their last 13 matches – and given the attacking options that Xisco has at his disposal, I reckon a solitary strike for the visitors represents decent value here at 5/6 with Bet 365.

It's also worth noting that Watford have made the net bulge in five of their last six English Championship assignments.

If you want a bigger price then both teams to oblige can be backed at 11/10 with SportNation, a formula that has rewarded BTTS punters in 12 of Red Devils last 16 fixtures.

Team news permitting I'll also dip into the player card market and take the 11/2 on offer with PaddyPower for Watford midfielder Will Hughes to be carded.

Indeed, Hughes has started the last two games on the bench but the tough-tackling midfielder clocked up nine cautions across his 30 top-flight appearances last term, and if he gets the nod on Saturday night then he could be worth backing for a booking at the above-mentioned price.

This FA Cup match between Man United and Watford will be played on Jan 9, 2021 and kick off at 20:00. Check below for our tipsters best Man United vs Watford prediction. You may also visit our dedicated betting previews section for the most up to date previews.