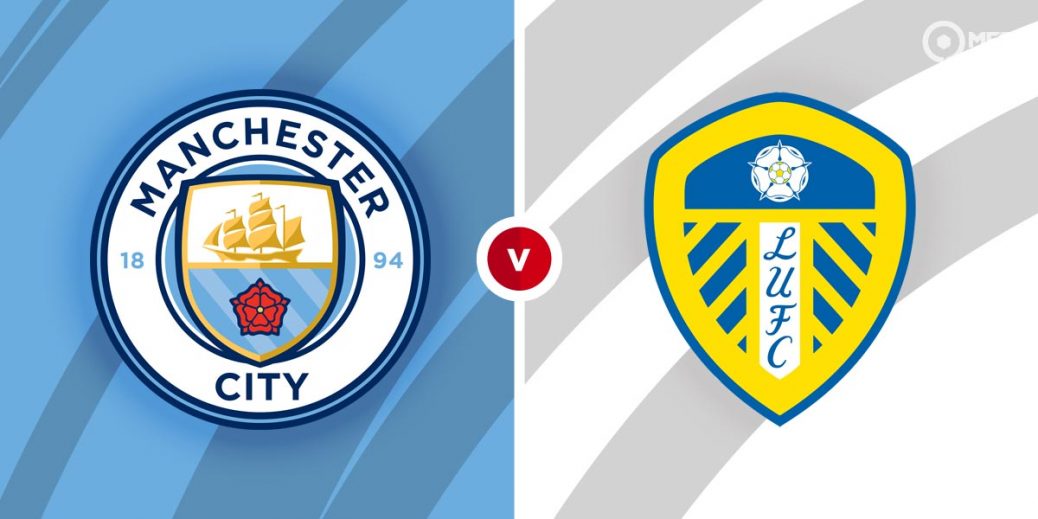 MAN CITY will look to move one step closer to the Premier League title when they play host to Leeds on Saturday lunchtime.

The Citizens took a huge stride towards securing what would be a third league crown in four years with a well-deserved 2-0 win at Leicester last Saturday.

That King Power triumph means that the Premier League title race already looks like a formality with seven rounds of fixtures left to play.

Last time out, Pep Guardiola's sky blue juggernaut rolled on in their quest for an unprecedented quadruple with a last-gasp 2-1 win over Borussia Dortmund, on a night where both of my recommended bets landed.

Marcelo Biela's men have impressed with their forward-thinking approach this season and they demonstrated in the reverse fixture that they have the attacking talent to cause Pep's star-studded side a problem or two.

Man City have won 18 of their last 19 Premier League matches and the champions-elect are heavily fancied here at 2/7 with Boylesports.

Leeds have lost three of their last four Premier League away matches and a Whites win here is trading at a whopping 11/1 with William Hill and the stalemate is priced up at 11/2 with UniBet.

There is little value in siding with Man City here at the above-mentioned odds, however, backing the hosts to overcome a -1.5 start on the asian handicap looks like a nice way in at 91/100 with Bet 365.

Here we would require Man City to win the game by at least a two goal winning-margin, a handicap that City have overcome in 22 of their last 27 matches.

In fact, the Blue Moon have made the net bugle on two or more occasions in eight of their last nine outings across all competitions.

Leeds, on the other hand, have conceded a lofty 48 goals across their 30 Premier League matches this term – the fifth-highest goals against tally in the top-flight.

What's more, Marcelo's Bielsa's brittle backline have bagged just one shutout in eight of their last nine Premier League road trips and such defensive frailty does not bode well ahead of a bout with a Man City team who are looking unstoppable.

With that in mind, coupled with City's superior quality, I'm happy to back the Premier League leaders to overcome a -1.5 start on the asian handicap this weekend.

That train of thought could also see some value lie with the 21/20 on offer with 888Sport for Man City to score three or more goals during this Etihad encounter.

The Whites don't have a particularly watertight defence and their cavalier approach has been their undoing when traveling to the Premier League's big hitters this season.

Leeds have conceded three or more goals in each of their five visits to “traditional top-six” teams this term and given that Man City will represent a step up in class, I'm happy to take a chance on the Citizens chalking up three strikes on Saturday.

This English Premier League match between Man City and Leeds will be played on Apr 10, 2021 and kick off at 12:30. Check below for our tipsters best Man City vs Leeds prediction. You may also visit our dedicated betting previews section for the most up to date previews.