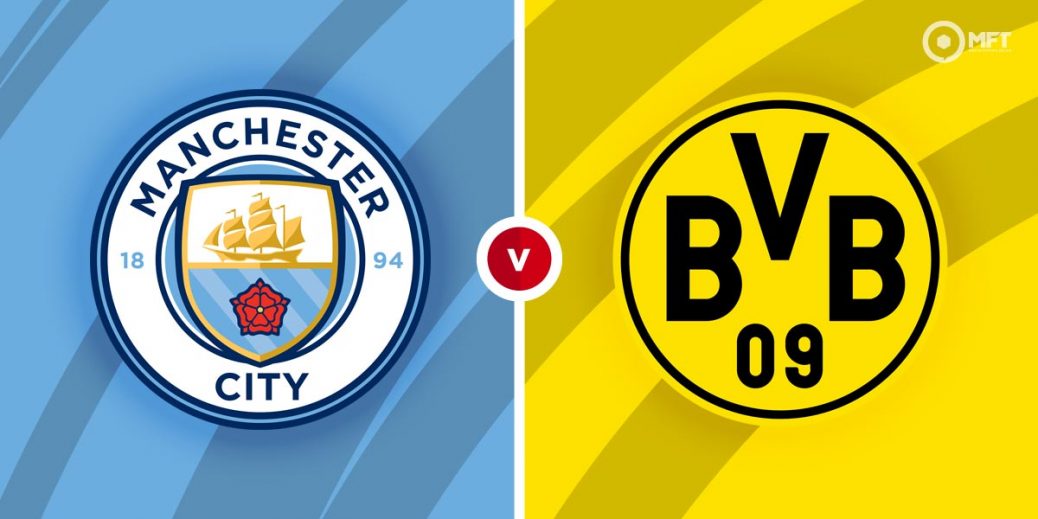 MAN CITY will look to march on in their quest for an unprecedented quadruple when they welcome Borussia Dortmund to the Etihad on Tuesday night.

The Citizens have their sights firmly fixed on scooping a historic clean sweep this season, but lifting the Champions League trophy remains the club's holy grail.

Pep Guardiola's star-studded side barely got out of second gear when making light work of Borussia Monchengladbach in the last round, but a bout with fellow Bundesliga side Borussia Dortmund should represent an upgrade on that challenge.

City warmed up for this Champions League last-eight showdown with a well-deserved 2-0 win at Leicester on Saturday, a result that means the Premier League title race already looks like a formality with seven rounds of fixtures left to play.

Borussia Dortmund, meanwhile, are in the midst of a real period of turmoil and their woes intensified on Saturday when falling to a 2-1 defeat at home to Eintracht Frankfurt.

Indeed, Edin Terzic's side ousted Sevilla in the round of 16, but the beleaguered Black and Yellow have won only one of their last five matches in all competitions.

Man City have won seven of their last eight Champions League matches and the hosts are heavily fancied here at 4/11 with Bet 365.

Borussia Dortmund have avoided defeat in each of their last seven Champions League assignments but the bookies odds suggest that trend is set to come to an end with an away win unfancied 8/1 with UniBet and the draw pays 4/1 with the same firm.

There is little value in siding with Man City here at the above-mentioned odds and it's therefore a case of having to get creative to get a decent price on a Man City win.

I'll head to the Bet Builder market and combine Man City to win, over two Man City corners and over zero Borussia Dortmund cards, a 5/6 shot with Bet 365.

Man City have won an eye-watering 26 of their last 27 matches across all competitions, while out-of-sorts Borussia Dortmund will enter the Etihad off the back of what was their 10th Bundesliga defeat of the season.

City have looked a cut above their domestic and European rivals this season and it's difficult see what is a demoralised looking Dortmund outfit stopping the Sky Blue juggernaut in it's pursuit for glory.

In order to boost up the price, I'll throw in over two Man City corners – the Citizens are averaging 6.42 corners per game in the Premier League this season, so I'll happily back the hosts to hit 3+ here on a night where they are expected to dominate possession for long periods.

Cards are not something you would tend to associate with the German giants but they may have to revert to the arts here if they are to keep Man City's top-heavy attack at bay.

That train of thought could see value lie with the even-money (1/1) on offer with Bet 365 for the visitors to see two or more cards during this contest – a bet that would have banked profit in each of Borussia Dortmund's last two Champions League outings.