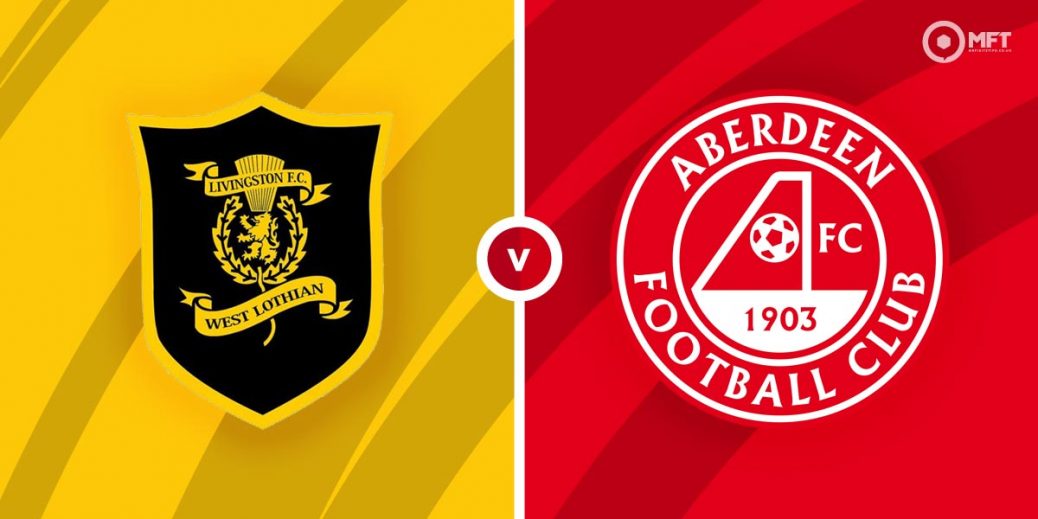 ABERDEEN will be aiming to continue their encouraging start to the season when they lock horns with Livingston on Sunday afternoon.

The Dons have rolled the dice with a new management team and a raft of new signings and they hit the ground running with a 2-0 win over Dundee United last weekend.

New Aberdeen boss Stephen Glass has promised a more attacking brand of football this season and there were further signs of promise in Thursday's thrilling 3-2 Europa Conference League qualifying win at Breidablik.

Glass and Co will be keen to keep the feelgood factor flowing when Aberdeen pitch up at the Tony Macaroni Arena on Sunday.

Livingston, on the other hand, will be looking to kick-start their Scottish Premiership campaign following a 3-0 loss at Ibrox last weekend, a game where both of my recommended bets banked.

David Martindale's men have punched above their weight in recent seasons but it may take them time to get things together following such a high turnover of the playing squad over the summer.

The bookies are finding it hard to separate the teams with Livingston slight outsiders at 9/5 (Bet 365) while the stalemate is priced up at 2/1 with the same firm.

Aberdeen have avoided defeat in 16 of their last 17 meetings with Livi and the visitors head into this clash as 6/4 favourites with Bet 365.

I successfully backed Aberdeen in a Bet Builder double last weekend and I'm going to support a similar formula in West Lothian on Sunday.

If we combine Aberdeen double chance, over zero Aberdeen goals and over five match corners we can get some 4/5 with Bet 365.

Aberdeen have made the net bulge in three of their four outings across all competitions this season so far, while Livingston failed to beat both Alloa and Raith Rovers in recent Premier Sports cup ties.

What's more, the Lions have won only one of their last 13 Scottish Premiership assignments and that doesn't bode well ahead of a bout with an Aberdeen team who look to have rediscovered a goalscoring touch.

With all things considered, I'm happy to back the Dandies to score and to avoid defeat on Sunday, but in order to nudge up the price, I'll throw over five match corners into the mix.

The early signs are that Glass' preferred system focuses on width and six or more corners collectively doesn't look like too much to ask for in what should be an open and entertaining early-season encounter.

I'll also dip into the anytime goalscorer market and take Aberdeen striker Christian Ramirez to get on the scoresheet at an eye-catching 13/5 with PaddyPower.

Last time out, the American forward took his tally to four goals in four games since arriving from Houston dynamo and given his rip-roaring start to life in a Reds shirt, Ramirez looks overpriced to repeat the trick this weekend.

This Scottish Premiership match between Livingston and Aberdeen will be played on Aug 8, 2021 and kick off at 15:00. Check below for our tipsters best Livingston vs Aberdeen prediction. You may also visit our dedicated betting previews section for the most up to date previews.