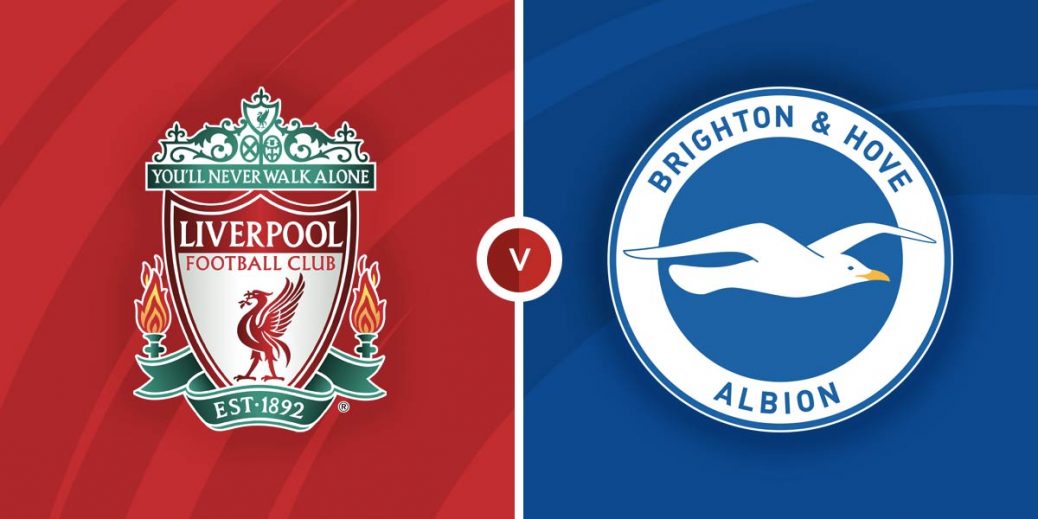 LIVERPOOL will look to continue to their unbeaten start to the Premier League season when they welcome Brighton to Anfield on Saturday afternoon.

The Merseysiders look more like their old selves this season, with Jurgen Klopp's side repeatedly blowing teams away with a seemingly endless supply of goals.

The Reds have since secured a 2-0 Carabao Cup win over Preston and they will now aim to land another three Premier League points when Brighton come to town this weekend.

Graham Potter's possession-based style of play has earned his team plenty of plaudits, but the Seagulls strong start to the season has been slowed by a trio of stalemates that were followed by a 4-1 thumping from Man City last Saturday.

After being knocked out of the EFL Cup at Leicester in midweek, Albion are now winless in five matches and they face an uphill task to snap that sequence against free-scoring Liverpool on Saturday.

Liverpool remain the only undefeated side in the Premier League so far and the bookies odds suggest that run will continue, with the Reds red-hot favourites at 5/19 with SBK

Brighton banked three points at Anfield last season but the same outcome on Saturday is a towering 12/1 (SBK) and the stalemate is also deemed unlikely at 29/5 (SBK) with the same firm.

There is little value in siding with hosts at the aforementioned odds, but combining Liverpool double chance and over two match cards will bring about a backable 4/5 (Bet 365) Bet Builder.

Liverpool are unbeaten in 14 outings this season and it's worth noting that the resurgent Reds have not tasted defeat in each of their last 19 top-flight tussles.

Jurgen Klopp's side sent out a serious statement of intent to the rest of the division with their 5-0 demolition of Manchester United, meaning Liverpool have now scored two or more goals in 17 of their last 18 outings.

With that in mind, coupled with Brighton's recent bump in the road, I'll back the Merseysiders to maintain their unbeaten start to the season, but to boost the price, I'll also throw over two match cards into the mix.

Graham Potter's guests are averaging a joint league-high 2.56 yellow cards per-game this season, with each of the Seagulls' nine Premier League matches this season crossing the over 2.5 card barrier.

Experienced Premier League referee Mike Dean has been selected to take charge of this contest, an appointment that adds to the appeal of siding with bookings given that the Wirral-born whistler has flashed four or more cards in six Premier League outings this term.

What's more, the aforementioned combination has clicked in six of Liverpool's last seven league games and with all that in mind, I'm more than happy to support the same formula at Anfield on Saturday.

I’ll also have a nibble on Brighton left wing-back Marc Cucurella to be carded at 4/1 with BetVictor.

The former Getafe warrior has already picked up two cards in six Premier League appearances for Albion and he looks nicely priced to add that tally on an afternoon when he will come up against the majestic Mohamed Salah.