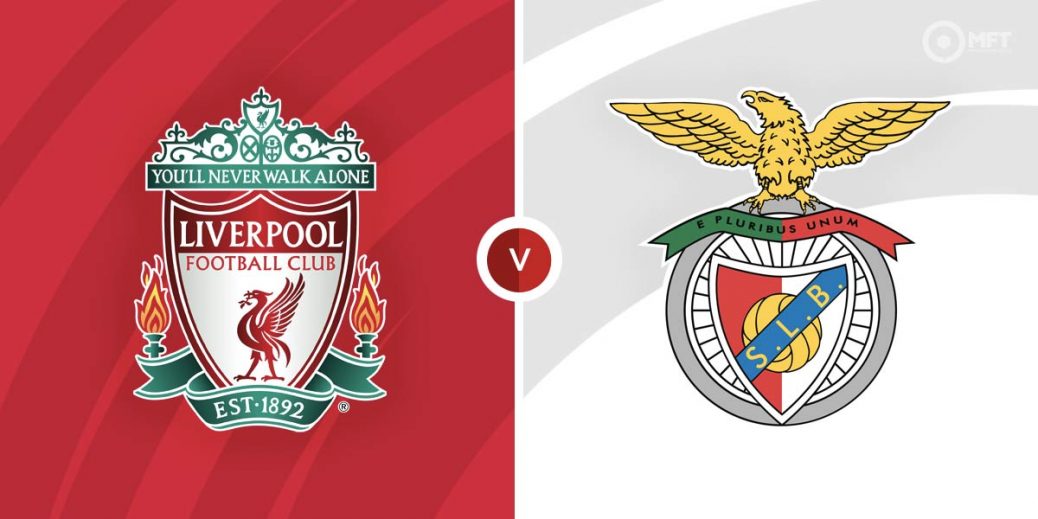 LIVERPOOL will be looking to seal their passage to the semi-final stage of the Champions League when they welcome Benfica to Anfield on Wednesday night.

The Reds have put themselves in a great position ahead of this week's return match in Merseyside following a 3-1 at the Estádio da Luz last midweek.

An unprecedented quadruple is still within reach for Jurgen Klopp's star-studded side following a frantic 2-2 with Manchester City at the Etihad in the Premier League on Sunday.

With another heavyweight showdown with the Citizens lying in wait this weekend, Klopp may use this week's second leg with Benfica as a chance to rotate his resources.

The Eagles were always likely to find this tie to be a tall order and they now face an uphill task to stay in the Champions League, with the hosts now the clear favourites to progress.

Whislt Nélson Veríssimo's side put up a spirited display to eliminate Ajax in Amsterdam in the round of 16, it will be fair to say that there will be a huge step up in class here.

Liverpool, who have won eight of their nine Champions League matches this season, head into this second leg as short priced 3/10 (SBK) favourites.

Despite losing just one of their last five Champions League matches, Benfica arrive at Anfield as big underdogs at 10/1 (SBK) while the draw is an unfancied 27/5 (SBK) with the same firm.

I successfully combined Liverpool to win and under five match goals in Lisbon last week and the same wager makes appeal on Wednesday night at 20/23 (Bet 365).

With rotation possible for a home side which arguably has bigger fish to fry, I suspect Klopp and Co will look to swat aside their Portuguese opponents with minimal fuss with a view to conserving energy ahead of their Wembley showdown with Man City this weekend.

That being said, the Reds chief has some serious firepower in reserve, all of whom will be keen to make the most of their latest opportunity to shine.

Yet, whilst Liverpool remain in the running for a historic clean sweep of trophies, they have been winning with solidity rather than style in recent weeks.

Each of Liverpool's last five wins in this season's Champions League – including last week's reverse fixture in Portugal – have produced four goals or fewer.

It's also worth pointing out that all but four of the Reds' 22 Premier League wins this season have featured under five goals, all of which adds to the appeal of supporting the same multiple again this midweek.

I'll also head to the anytime goalscorer market and take the 13/8 on offer with Betfred for Liverpool forward Luis Diaz to get on the scoresheet.

The Columbian livewire has been a revelation since signing for the Reds in January and after breaching Benfica's backline last week, Diaz looks nicely priced to repeat the trick at Anfield on Wednesday night.

This UEFA Champions League match between Liverpool and Benfica will be played on Apr 13, 2022 and kick off at 20:00. Check below for our tipsters best Liverpool vs Benfica prediction. You may also visit our dedicated betting previews section for the most up to date previews.