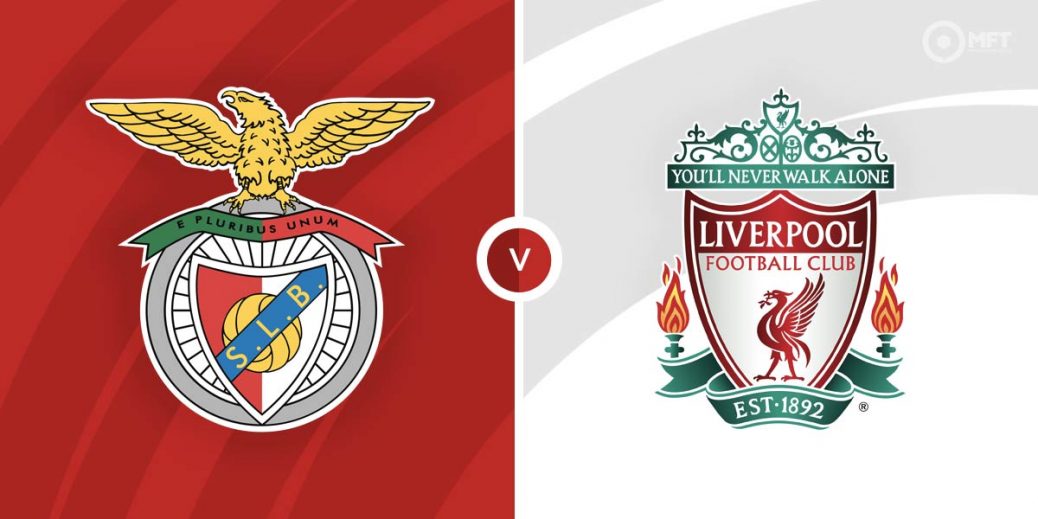 LIVERPOOL resume their quest for Champions League glory when they travel to Benfica in the quarter-final stage on Tuesday night.

Jurgen Klopp's star-studded side strolled to six wins from six to ease into the last-16 as one of three teams – alongside Ajax and Bayern Munich– who boasted a perfect pool record.

The Reds have since edged past Italian champions Inter Milan, as they continue their charge towards what would be an unprecedented quadruple.

After earning a hard-fought 2-0 win over Watford at the weekend, on an afternoon where my Anfield Bet Builder banked, Liverpool now turn their attention back to continental matters with a trip to Lisbon in midweek.

Two-time European champions Benfica performed a classic smash and grab to eliminate Ajax to reach the quarter-finals stage for the first time since 2015/16.

However, Nélson Veríssimo and his players' preparations for this first leg were far from ideal, slumping to a 3-2 defeat at Braga on Friday, a setback which further detached them from the top-two in the Primeira Liga.

Benfica have avoided defeat in each of their five Champions League home games this season but the bookmakers' odds suggest that run will come to an end on Tuesday night, with a home win trading at 41/10 (SBK) while the draw is also deemed unlikely at 42/5 (SBK).

Liverpool, who have triumphed in each of their last seven away matches, enter the Estádio da Luz as short-priced 7/17 (SBK) favourites.

Liverpool are too skinny to side with at the above-mentioned quote but merging an away win with a match that features under five goals will bring about a 4/5 (Bet 365) play that holds appeal.

Whilst Jurgen Klopp's has an attacking armoury filled with goal-threating talent, his side has been solid rather than spectacular in their surge towards an astonishing clean sweep of trophies, and that was evident against Watford at the weekend.

In fact, that latest success means 18 of Liverpool's last 22 Premier League victories this season have featured four goals or fewer.

What's more, each of the Reds' last four wins in this season's Champions League have gone under the 4.5 goal barrier, all of which adds to the appeal of siding with the same combination in the Portuguese capital.

It's also worth pointing out that all but one of Benfica's eight games en route to the quarter-final stage have generated five or more match goals, with the only exception being an away game at Bayern Munich.

With that in mind, as well as the likelihood of Liverpool having one eye on their potential title-decider with Manchester City at the Etihad on Sunday, supporting an away win and under five goals stands out at 4/5 (Bet 365).

Elsewhere, I'll also head to the anytime goalscorer market and take the 19/20 available with SportNation for Mohamed Salah to get on the scoresheet.

Not only is Salah the Premier League's top-scorer this season, he has also notched in each Liverpool's four away games in the Champions League this season, and he looks nicely priced to extend that sequence against a Benfica side that is not exactly renowned for being watertight.

This UEFA Champions League match between Benfica and Liverpool will be played on Apr 5, 2022 and kick off at 20:00. Check below for our tipsters best Benfica vs Liverpool prediction. You may also visit our dedicated betting previews section for the most up to date previews.