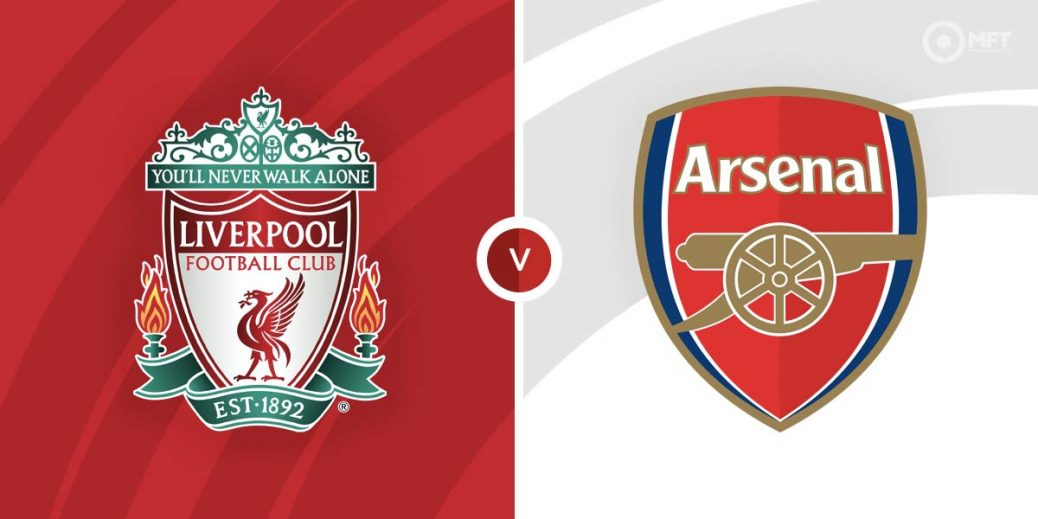 ARSENAL are still reeling from their shock FA Cup exit so they will be out to banish the blues by dumping Liverpool to reach the League Cup Final.

I couldn't see the Gunners slipping up at Nottingham Forest last Sunday after hitting their stride with some impressive Premier League performances.

But they turned in a lifeless display at the City Ground and deservedly lost 1-0, leaving them with just a top-four finish and League Cup glory to target this season.

Liverpool remain a class above Mikel Arteta's improving side but this is a good time to face them, with key players missing due to the Africa Cup of Nations and illness.

This clash at Anfield should have been the second leg but it has turned out to be the first after an outbreak in Jurgen Klopp's squad forced last week's game to be postponed.

The Reds boss fielded a handful of kids for Sunday's FA Cup clash with Shrewsbury but they still had enough quality to seal a 4-1 victory.

A more experienced side will start tonight's game but Liverpool are still missing Mo Salah and Sadio Mane so Arsenal will fancy their chances of keeping the tie alive ahead of the Emirates return.

Liverpool are usually odds-on for an Anfield win but they are 13/12 with SBK here due to all their absentees. That looks decent value to me as Klopp should still be able to field a pretty strong side.

Liverpool are unbeaten inside 90 minutes in their last five games against Arsenal. But two of those matches ended in stalemates and the Gunners won both a League Cup tie and the Community Shield on penalties against Klopp's side last season.

Armchair fans will be hoping for a repeat of their 5-5 thriller in a 2019 League Cup tie (below) at Anfield, with Liverpool triumphing on penalties that time.

Klopp has been easing Roberto Firmino back in gently after a long-term injury, with three of his last four appearances coming off the bench. But the Brazilian started in their last League Cup tie against Leicester and should get the nod again here after scoring off the bench against Shrewsbury at the weekend. He's 9/4 with Bet365 for anytime scorer.

Alexandre Lacazette (below) was rested for the clash with Forest and it backfired, with the Frenchman unable to rescue the cup tie after coming off the bench. He should start here and looks at bit overpriced at 12/5 with Betway for a goal.

Going for goals paid off for me in Liverpool's last League Cup tie as they fought out a 3-3 thriller with Leicester. This one could also be a thriller with both teams renowned for attacking football but over 2.5 goals is just 8/11 at William Hill and BTTS is also too short at 5/8 with SBK.

That's pretty poor value so I'm going for over 1.5 first-half goals again as that pays 28/17 with SportNation.

James Milner could be forced to play at right-back again and faces a tough task against the tricky Gabriel Martinelli. The Liverpool veteran is 10/3 for a card at Bet365 and that could be worth a punt.

This EFL Cup match between Liverpool and Arsenal will be played on Jan 13, 2022 and kick off at 19:45. Check below for our tipsters best Liverpool vs Arsenal prediction. You may also visit our dedicated betting previews section for the most up to date previews.