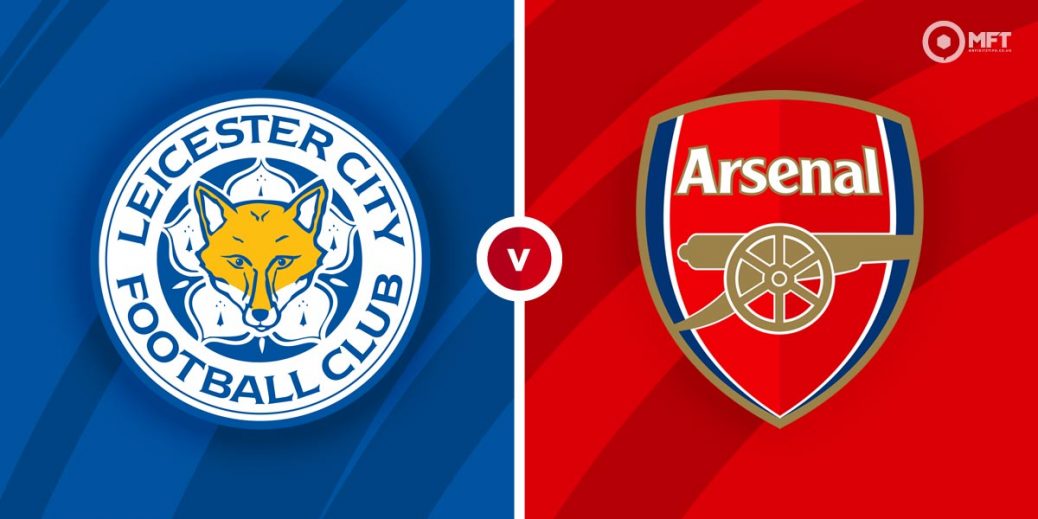 LEICESTER's charge towards Champions League qualification is showing no signs of slowing down and the Foxes will be looking to solidify their top-four credentials when Arsenal come calling.

Brendan Rodgers' side faded out of top-four contention last season but the King Power club look well equipped to sustain their bid this time around.

Last time out in the Premier league Leicester notched up a 2-1 victory away at Aston Villa, on an afternoon where my recommended Bet Builder banked.

However, Leicester then slumped to a shock 2-0 loss at home to Slavia Prague on Thursday night, a result that saw Rodgers side crash out at the round of 32 stage.

Closer to home, Mikel Arteta's men appeared to be enjoying a mini-revival in the Premier League, but it looks like the Gunners have produced another false dawn after losing three of their last four top-flight tussles, the most recent of which was a 1-0 defeat against Man City.

Leicester have lost just one of their last 12 Premier League matches and the Foxes are 6/4 favourites with TonyBet.

Arsenal have fallen to defeat in just three of their last 11 Premier League outings, but the capital club are an unfancied 2/1 with BetVictor and the draw pays 5/2 with UniBet.

My recommended Bet Builder landed during Leicester's 2-1 victory at Villa Park and I've crafted a similar combination for this King Power clash on Sunday.

The 4/5 (Bet 365) same game multiple that I like the look of here is over zero Leicester goals and each team to receive over zero cards.

Only Liverpool and the two Manchester giants have scored more Premier League goals than Leicester this season, not to mention the Foxes have found the back of the net in 12 of their last 14 league outings.

With that in mind, coupled with the fact that Arsenal have kept just one clean sheet across their last six Premier League matches, I'll happily back the hosts to breach the Gunners rearguard on Sunday.

I'll complete the Bet Builder by backing each team to collect at least one card during what should be an evenly-matched contest.

Both teams are averaging over 1.5 bookings per game this season and it's worth noting that Leicester currently occupy a place in the top-four of the disciplinary standings.

What's more, referee Paul Tierney will have the whistle of this match-up and his card per game average in the Premier League this season sits at a healthy 3.81.

With that in mind, I'll also have play on both teams to receive over one card during this dust-up, an eye-catching 15/8 shot with Bet 365.

Both sides head into this match off the back of energy-sapping Europa League assignments on Thursday night and I reckon tired legs coupled with Paul Tierney taking charge could lead to a few cards being flashed at the King Power on Sunday.

This English Premier League match between Leicester and Arsenal will be played on Feb 28, 2021 and kick off at 12:00. Check below for our tipsters best Leicester vs Arsenal prediction. You may also visit our dedicated betting previews section for the most up to date previews.