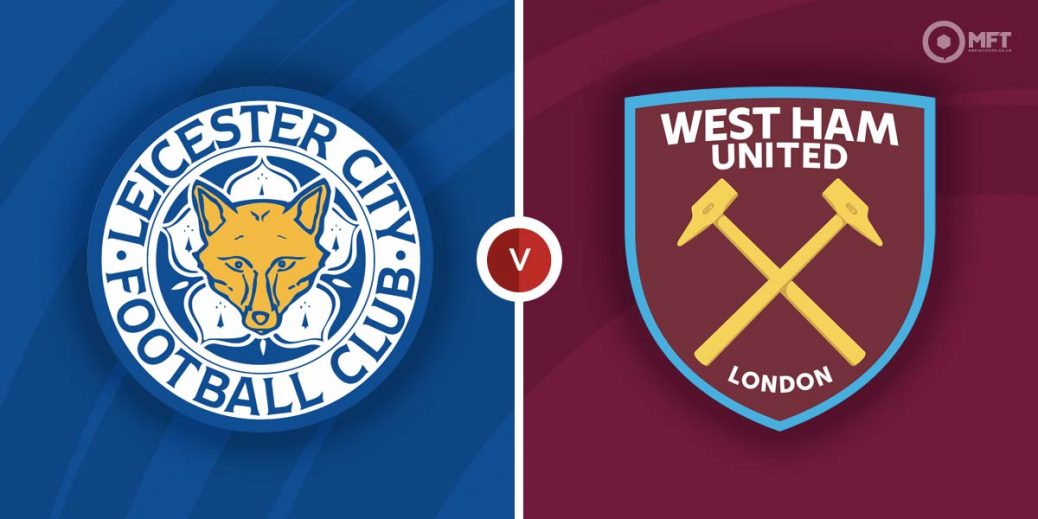 LEICESTER CITY will be looking to snap a three game winless run in the Premier League when they welcome West Ham to the King Power Stadium on Sunday afternoon.

There is no getting away from the fact that it has been a disappointing season for the Foxes who have struggled to hit the same heights that they did in the 2020-21 campaign.

After suffering a 4-1 thumping in the FA Cup at local rivals Nottingham Forest last weekend, Brendan Rodgers' charges returned to league action with a 2-0 loss at Liverpool on Thursday, on a night where my anytime goalscorer bet banked.

That latest setback has left Leicester languishing 12th in the domestic standings and a visit from Champions League-chasing West Ham is unlikely to provide Rodgers and Co with any respite.

The Hammers had been going through a bit of a wobble before bagging a morale-boosting 1-0 win over relegation-threatened Watford on Tuesday night.

That victory has got West Ham's push for a Premier League top-four berth back on track, with David Moyes' men surveying the standings from the lofty heights of fourth-place ahead of their trip to the King Power this weekend.

Leicester, who have slumped to defeat in each of their last three matches against West Ham, head into this clash as narrow 9/5 (SBK) outsiders while a share of the spoils has been chalked up at 45/17 (SBK).

Goals are usually on the agenda when either of these teams are involved and there is plenty of scope for a repeat here with Both Teams to Score and Over 2.5 Goals appealing at 10/11 (Bet 365).

Whilst Brendan Rodgers has an array of attacking talent at his disposal, clean sheets remain an issue, with only five teams conceding more than the Foxes thus far.

That said, Leicester have struck at least once in 17 of their 21 top flight assignments this term and they could have the tools to trouble a West Ham rearguard that is not exactly renowned for being watertight.

The Hammers themselves have found shutouts hard to come by this season, with David Moyes' side keeping their sheets clean on only six of 24 occasions in the Premier League this season, not to mention the Londoners have leaked at least one goal in nine of their last 10 league and cup road trips.

However, West Ham's attack has only failed to score in six of their 35 matches in all competitions this season, with both sides notching in 19 of those encounters.

With all that in mind, coupled with the fact that BTTS and Overs has clicked in 26 of the pair's collective 45 league games this season, backing both teams to combine for three or more strikes stands out at 10/11 (Bet 365).

I'll also delve into the Bet Builder market and merge each team to receive a card and over two match cards at 10/11 with Bet 365.

Granted, neither side is particularly prolific when it comes to picking up cards, but the aforementioned same game multiple has been a winning bet in six of West Ham's last 10 top flight fixtures, so I'm happy to support the same formula here in what should be a keenly-contested affair at the King Power.