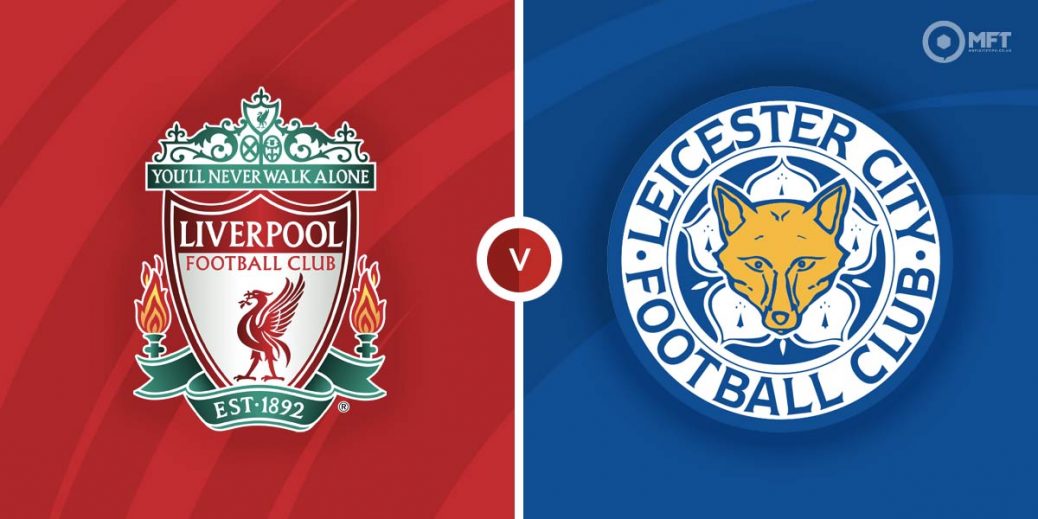 LIVERPOOL will aim to record their fifth consecutive victory across all competitions when they face Leicester at Anfield in the the Premier League on Thursday night.

The Reds reduced the gap to league leaders Manchester City to nine points with a game in hand following a 3-1 win over Crystal Palace at Selhurst Park a fortnight ago.

Whether Liverpool can be said to be part of any title race is open to debate, but Jurgen Klopp has refused to rule out the prospect of reeling in the reigning champions.

Fresh from booking their place in the fifth round of the FA Cup, Liverpool return to Premier League action seeking another three points against out-of-sorts Leicester.

The Foxes FA Cup defence ended with a 4-1 thumping at local rivals Nottingham Forest on Sunday, the latest instalment of a long line of setbacks for the King Power club this season.

Leicester, who are languishing in 10th spot in the table, have not been able to launch a top-four challenge thus far and Thursdays trip to Merseyside is unlikely to provide Brendan Rodgers' side with any respite.

Liverpool, who boast the only remaining unbeaten home record in the Premier League this season, are unsurprisingly short-priced 5/18 (SBK) favourites.

Leicester have triumphed in just two of their nine top flight road trips this term and the bookies' odds suggest those away day blues could be set to continue, with a Foxes victory trading at 21/2 (SBK) while the stalemate pays 28/5 (SBK) with the same firm.

You won't get rich backing Liverpool at the above-mentioned odds but merging a home win with each team to receive a card will bring about a nice looking 10/11 (Bet 365) Bet Builder.

As already alluded to, Liverpool are enjoying a fine run of form at the moment and there could be taste of revenge in the air, following their shock 1-0 loss at Leicester during the festive period.

What's more, Jurgen Klopp's side will be aware that they have no room for error if they are to remain in a strong position and keep any realistic hopes of a title charge alive.

As such, I'm more than happy to side with the Merseysiders on Thursday night when they come up against a toiling Leicester team that have failed to keep a clean sheet away from home this term, but to round off the Bet Builder, I'll also back both teams to go into the book.

Both sides are averaging in the region of 1.3 yellow cards per-game this season, not to mention referee Chris Kavanagh, who is flashing 4.4 cautions per 90, has dished out a card to both teams in each of his 10 top flight outings this term to date.

It's also worth noting the aforementioned Bet Builder has copped in five of Liverpool's last six Premier League victories and that only adds to the appeal of supporting the same 10/11 (Bet 365) formula on Thursday night.

I'll also head to the anytime goalscorer market and snap up the 5/4 available with SportNation for Liverpool forward Diogo Jota to get on the scoresheet.

The Portuguese sharpshooter has already racked up 15 strikes for the Reds this season and he is a tempting play to add to that tally against a Leicester side that have leaked at least three goals in each of their last four away games.

This English Premier League match between Liverpool and Leicester City will be played on Feb 10, 2022 and kick off at 19:45. Check below for our tipsters best Liverpool vs Leicester City prediction. You may also visit our dedicated betting previews section for the most up to date previews.