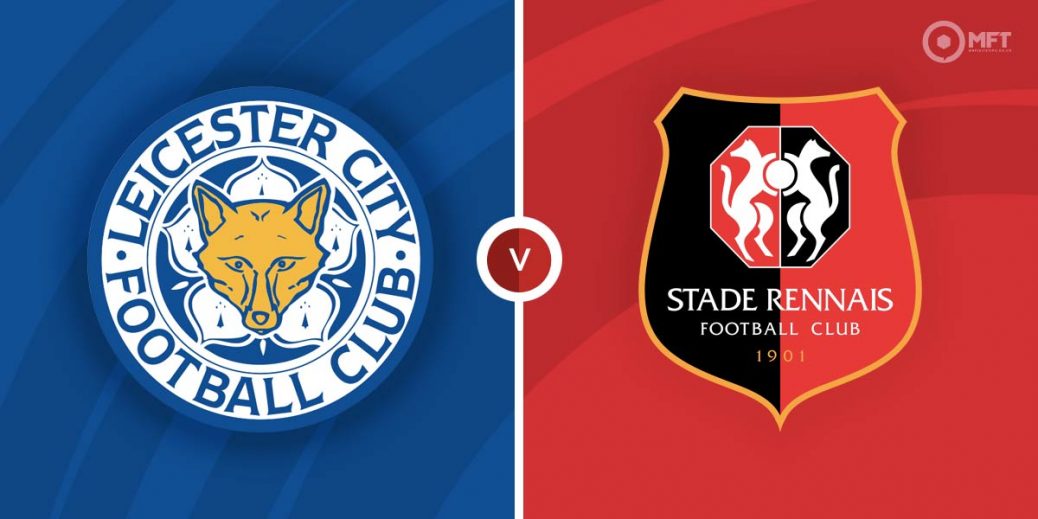 LEICESTER CITY resume their quest for Europa Conference League glory when they welcome Rennes to the King Power in the round of 16 on Thursday night.

Brendan Rodgers' side hit the ground running in the last round of the competition, strolling to a 7-2 aggregate win over Danish outfit Randers.

Closer to home, Leicester have been some way short of a top-four challenging team this season, but they will be feeling much better about themselves following back-to-back wins in the Premier League, the most recent of which brought up one of my bets.

Rennes, meanwhile, roll into the King Power riding the crest of a wave having tasted victory in each of their last three French top-flight fixtures, a run of results which has put them firmly in the mix for a top-three finish.

Bruno Génésio's side took top honours in Group G, finishing above Tottenham in the process, and they will be quietly confident of claiming the scalp of the Foxes.

Leicester, who are undefeated at home in Europe this season, head into this first leg tie as even-money (SBK) favourites.

Rennes have yet to suffer defeat in continental competition this season but the bookies' odds suggest that run will come to an end on Thursday night, with an away win trading 27/11 (SBK) while a share of the spoils has been chalked up at 14/5 (SBK).

Goals are usually on the agenda when either of these teams are involved and there is plenty of scope for a repeat here with both teams to score and both teams to hit over two corners appealing at 21/20 (Bet 365).

Whilst Brendan Rodgers has an array of attacking talent at his disposal, clean sheets remain an issue, with the Foxes failing to shut out their opponents in each of their eight continental clashes this season so far.

What's more, Leicester have leaked at least one goal in 20 of their 25 Premier League games this season so in-form Rennes should carry enough attacking threat to test their host’s ambitions.

The Red and Blacks are the second-top goalscorers in the French top-flight this season, averaging 1.9 goals per-game, a tally only marginally topped by star-studded PSG.

With that in mind coupled with the fact that Rennes have conceded a minimum of one goal in four of their last six Ligue 1 assignments, backing both teams to score seems like a sensible approach to consider on Thursday night.

However, to boost the price up to 21/20 (Bet 365), I'll also back both teams to hit three or more corners in what should be an enjoyable encounter between two teams who tend to play on the front foot.

Leicester, who have always been fairly reliable corner takers under Brendan Rodgers' tutorship, are averaging 5.12 flag kicks per-game domestically this season, while Rennes are posting a 5.89 per 90 minute tally in Ligue 1.

It's also worth noting that the aforementioned Bet Builder has paid out in four of the Foxes' last six European outings and that only adds to the appeal of supporting the same combination at the King Power on Thursday night.

This UEFA Europa League Conference match between Leicester City and Rennes will be played on Mar 10, 2022 and kick off at 20:00. Check below for our tipsters best Leicester City vs Rennes prediction. You may also visit our dedicated betting previews section for the most up to date previews.