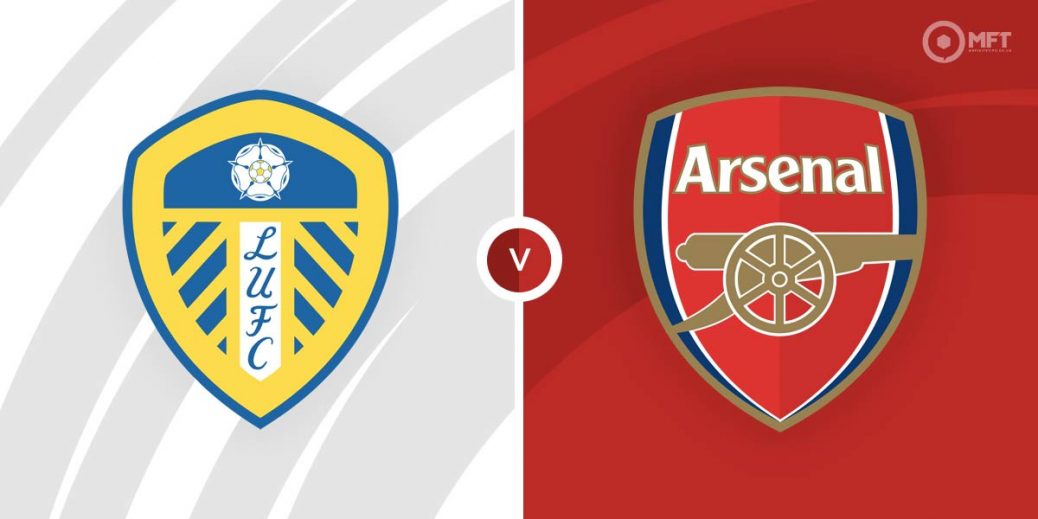 LEEDS will be looking to bounce back from a midweek mauling when they entertain Arsenal in the Premier League at Elland Road on Saturday evening.

Marcelo Bielsa's men head into this weekend's game fresh off the back of a 7-0 thumping at the hands of Man City, in a game which brought up my recommended Bet Builder.

What's more, the Whites have won just one of their last nine top flight fixtures, so they will be keen to come out on the right side of the result when Arsenal come calling.

The Gunners still have a long way to go before getting back amongst the Premier League elite, but Mikel Arteta appears to have his side moving in the right direction.

The North London outfit laid down their top four credentials with a well-deserved 2-0 win over West Ham on Wednesday night.

Last season's corresponding fixture ended all square and the same outcome on Saturday has been chalked up at 27/10 (SBK) while a Leeds success can be backed at 23/10 (SBK) with the same bookmaker.

Arsenal, who have triumphed in just two of their eight top flight road trips this term, are 8/7 (SBK) favourites to emerge from Elland Road victorious.

It's hard to be tempted about Arsenal winning this match given their aforementioned road record, so I'll delve into the Bet Builder market and combine over zero Arsenal goals, over three Leeds corners and each team to receive a card at 4/5 (Bet 365).

Clean sheets remain an issue for leaky Leeds, who have posted just three shutouts across 17 Premier League outings this season, not to mention only Newcastle and Norwich have shipped more league goals than the wobbling Whites this season so far.

That defensive vulnerability, coupled with Marcelo Bielsa's mounting absentee list, does not bode well ahead of a clash with an Arsenal side that have scored two or more goals in four of their last five top flight fixtures.

With that in mind, I'm happy to back Mikel Arteta's men to make the net bulge at Elland Road, but to boost the odds, I'll also back the hosts to hit a minimum of four corners during this televised tussle.

Attack-minded Leeds, are averaging 4.53 corners per-game this season – a tally that increases to 6.13 on home turf – with Bielsa's boys covering the 4+ flagkick line in seven of their eight league games at their West Yorkshire base this term to date.

With both teams needing points for different reasons, I'll  round off the Bet Builder with each side to receive a card in what should be a closely-fought contest under the lights.

Leeds are averaging a league-high 2.71 yellow cards per-game this season, while Arsenal's figure sits at 1.47, and it's also worth mentioning referee Andre Marriner has awarded both teams at least one booking in eight of his nine top-flight outings this season.

What's more, the above-mentioned combination has clicked in four of Leeds' last six Premier League home games and that only adds to the appeal of supporting the same 4/5 (Bet 365) formula at Elland Road on Saturday evening.

This English Premier League match between Leeds and Arsenal will be played on Dec 18, 2021 and kick off at 17:30. Check below for our tipsters best Leeds vs Arsenal prediction. You may also visit our dedicated betting previews section for the most up to date previews.