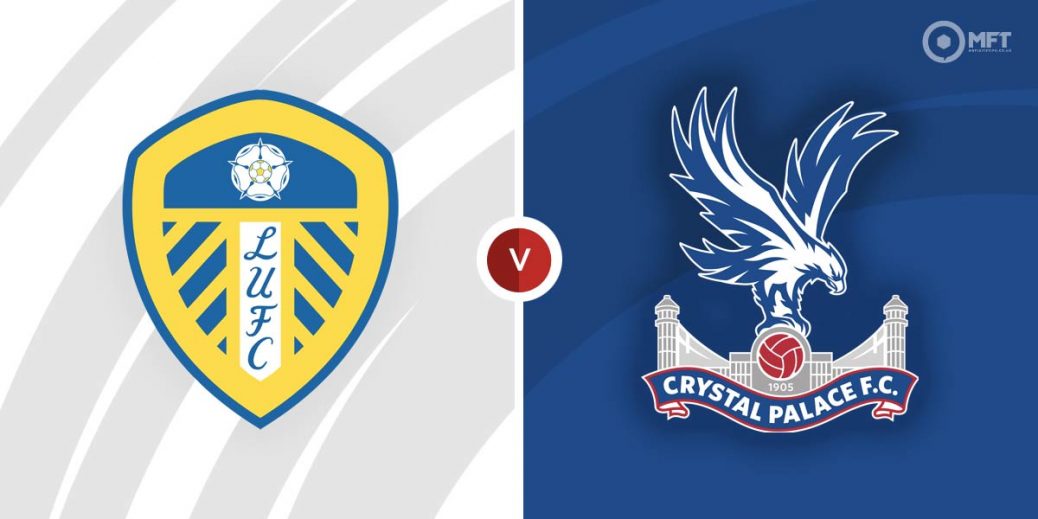 BOTH Leeds and Crystal Palace will be looking to return to winning ways in the Premier League when they lock horns at Elland Road on Tuesday night.

Marcelo Bielsa's side lit up the Premier League last season but they have yet to hit the lofty heights that led to a top-half finish last term.

The Whites have only two wins to their name this season so far –  both coming against two of the three newly-promoted teams, triumphing at home to Watford and away to Norwich.

Following a drab 0-0 draw at Brighton on Saturday evening, Leeds remain in 17th spot in the standings, three points above the relegation zone.

Crystal Palace, meanwhile, saw their seven-game unbeaten streak in the Premier League come to an end when they lost 2-1 against Aston Villa on Saturday, in a game which brought up both of my Selhurst Park selections.

Patrick Viera is now tasked with lifting the Eagles' spirits after watching his side taste defeat in the top-flight for the first time since the middle of September.

Leeds – who have only lost one of their last five in the league – enter this contest as slight 31/21 favourites with SBK.

Crystal Palace's draw tally of seven is the highest in this season's Premier League and point apiece here has been priced up at 12/5 (SBK) while the Eagles are 39/19 (SBK) shots to emerge from Elland Road victorious.

This looks like a tricky fixture to tackle from a betting perspective, so I'm going to steer clear of the match result market and instead combine over one match goal, over six match corners and both teams to receive a card at 4/5 with Bet 365.

Five of Leeds' six Premier League games at Elland Road this season have featured two or more goals, while each of Crystal Palace's six top-flight road trips this term have produced two or more strikes.

What's more, both teams have scored in seven of the pair's last 10 Premier League games and with that in mind, I'm more than happy to side with a minimum of two goals at Elland Road on Tuesday night.

To nudge up the price on the aforementioned Bet Builder, I'll go with over six match corners in a game should deliver a decent degree of goalmouth action, not to mention Leeds' home games this season are yielding a lofty 11.83 match corners per-game.

With a closely-fought contest between two two tightly matched teams anticipated, I'll complete the combination with each team to receive at least one card.

Both sides are averaging in the region of two yellow cards per 90 this term and it's also worth noting that referee Kevin Friend has awarded each team a card in eight of his last 10 league outings.

I'll also dip into the anytime goalscorer market and take the 5/2 on offer with Bet 365  for Crystal Palace striker Christian Benteke to get on the scoresheet.

The bustling Belgian has made the net bulge four times across his last five starts in the league and he looks nicely priced to breach a Leeds backline that is not exactly renowned for being watertight.

This English Premier League match between Leeds United and Crystal Palace will be played on Nov 30, 2021 and kick off at 20:15. Check below for our tipsters best Leeds United vs Crystal Palace prediction. You may also visit our dedicated betting previews section for the most up to date previews.