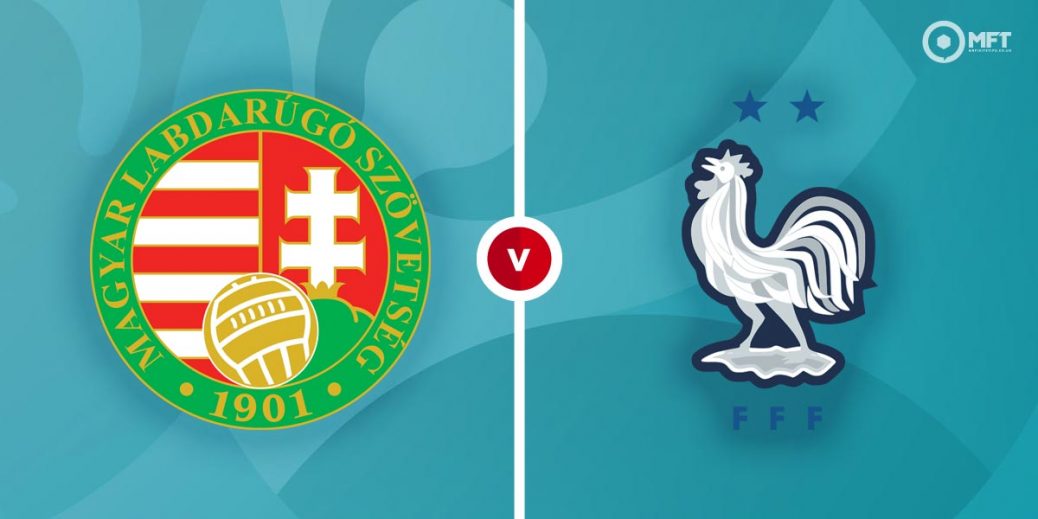 FRANCE will be looking to make it two wins from two when they face Hungary at the Puskas Arena on Saturday afternoon.

The French showed why they are favourites to win Euro 2020 with an efficient 1-0 win over Germany in Munich on Tuesday night.

That well-disciplined display has put Les Bleus in a commanding position in their bid to navigate their way out of this year's group of death.

In fact, Didier Deschamps' star-studded side can all but secure a spot in the knockout stage with a win in Budapest this weekend.

Hungary, meanwhile, put in a spirited display before falling to a 3-0 defeat against Portugal, on an evening where two of my recommended bets banked.

Marco Rossi's men gave a good account of themselves in their Group F curtain-raiser and they will be hoping they can thrive in the presence of 67,000 fans at the Puskas Arena when world champions France come calling.

Hungary are huge underdogs at 19/2 with Bet 365 while the draw is also deemed unlikely at 9/2 with Betfred.

France have won each of their last three matches against Hungary and Les Bleus are unsurprisingly big favourites on Saturday at a lowly 3/10 with Bet 365.

My recommended Bet Builder landed during Hungary's 3-0 loss to Portugal and I'm going to support the same formula in Budapest this weekend.

If we combine France to win, under five match goals and over zero Hungary cards we will be presented with a backable 4/5 (Bet 365) play.

Didier Deschamps has an awesome array of attacking talent at his disposal but he is a manager who is happy to sacrifice flair for success, as was the case against Germany.

What's more , eight of France's last 10 competitive victories have featured fewer than five match goals and whilst Hungary may not be the easiest team to break down, the French should have too much firepower for the host nation.

With that in mind, I'm more than happy to back Les Bleus to bag another three points alongside under five match strikes, but in order to boost up the price, I'll throw over zero Hungary cards into the mix.

Marco's Rossi's men were averaging 2.84 cards per game en-route to this summer's showpiece and they chalked up two cautions in front of their raucous home support in their opening fixture.

As already alluded to, Deschamps' side have been successful thanks to a well-schooled defence, and that could also see value lie with the 19/20 on offer with BetVictor for France to win to nil.

The aforementioned betting angle would have rewarded punters in each of France's last five fixtures and as such, it looks like a nice way of trying to squeeze some value out of what looks like an international mismatch.

This Euro 2020 match between Hungary and France will be played on Jun 19, 2021 and kick off at 14:00. Check below for our tipsters best Hungary vs France prediction. You may also visit our dedicated betting previews section for the most up to date previews.