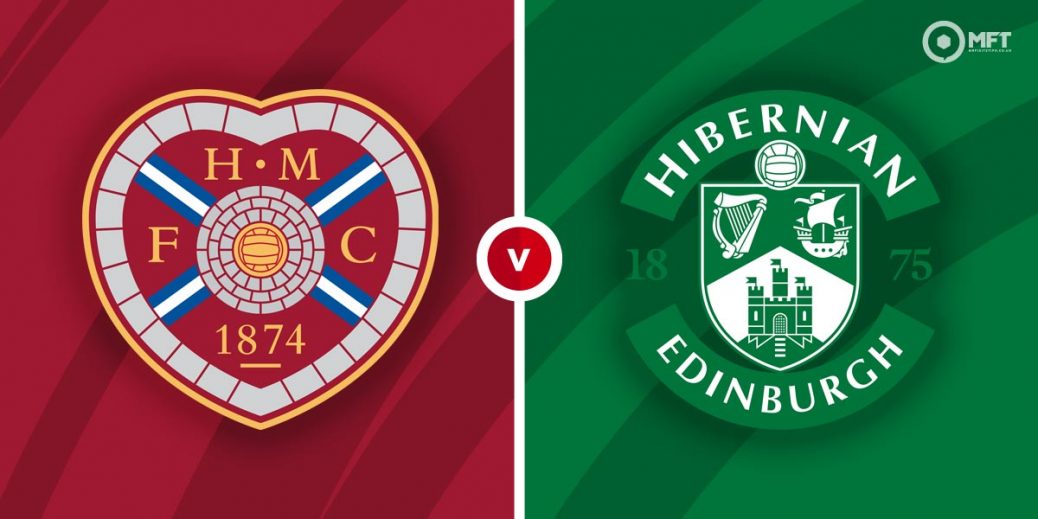 BOTH Hearts and Hibernian have made strong starts to the Scottish Premiership season but something has to give when the capital clubs collide in the first Edinburgh derby of the campaign at Tynecastle on Sunday.

Hearts began life back in the big time with a last-gasp 2-1 win over Celtic and have followed that up with triumphs at St Mirren and Dundee United either side of a stalemate with Aberdeen.

Hearts boss Robbie Neilson came in for fierce criticism last term but a tremendous start to the season has lifted the gloom in Gorgie.

The Jambos head into the first all-Edinburgh encounter of the season second in the Scottish Premiership, with old foes Hibs in first position with their superior goal difference.

Jack Ross' team have also tabled three wins and one draw from their opening four games and head across the capital off the back of a 2-0 win over Livingston.

Hearts have won three of the last four Edinburgh derbies but the bookies are finding it hard to separate the teams, with the hosts slight 14/9 (SBK) favourites.

Hibernian have avoided defeat in each of their last three trips to Tynecastle but a Hibs triumph on Sunday is trading at 15/8 (SBK) while the draw is chalked up at 40/17 (SBK) with the same firm.

This looks like the trickiest Edinburgh derby to call in many a year so I'm going to swerve the outright markets and instead opt for a Bet Builder.

Combining each team to hit three or more corners, each team to see at least one card and over three match cards brings about an eye-catching even-money play at PaddyPower.

Newly-promoted Hearts have hit 3+ corners in three of their four early-season encounters thus far, a sample that includes bouts with big-hitters Aberdeen and Celtic.

Hibs, on the other hand, have averaged a lofty six corners per game during the early weeks of the season, with Jack Ross' side hitting 3+ flag kicks in each of their opening four matches of the campaign.

With that in mind, I'll happily side with each team to hit 3+ corners here, but in order to boost the price up to even-money, I'll also back each team to go into the book alongside over three match cards combined.

Sparks tend to fly when Hearts and Hibs lock horns, with each team being awarded at least one booking in each of the last eight editions of the Edinburgh derby

It's also worth noting that five or more cards have been flashed across the last three meetings, so four or more cautions should go close in what is expected to be a pulsating encounter and fantastic atmosphere.

What's more, referee Nick Walsh was one of the more card-happy operators in Scotland last season, not to mention the Scottish whistler has already reached for a red card on no fewer than three occasions during the early weeks of the new season.

With all things considered, the 6/5 (Bet 365) about each team to see over one card also looks like an attractive betting proposition at a packed out Tynecastle on Sunday.

The aforementioned combination has clicked in each of the last three all-Edinburgh showdowns and a repeat this weekend looks a little too big to ignore.

This Scottish Premiership match between Hearts and Hibernian will be played on Sep 12, 2021 and kick off at 12:00. Check below for our tipsters best Hearts vs Hibernian prediction. You may also visit our dedicated betting previews section for the most up to date previews.