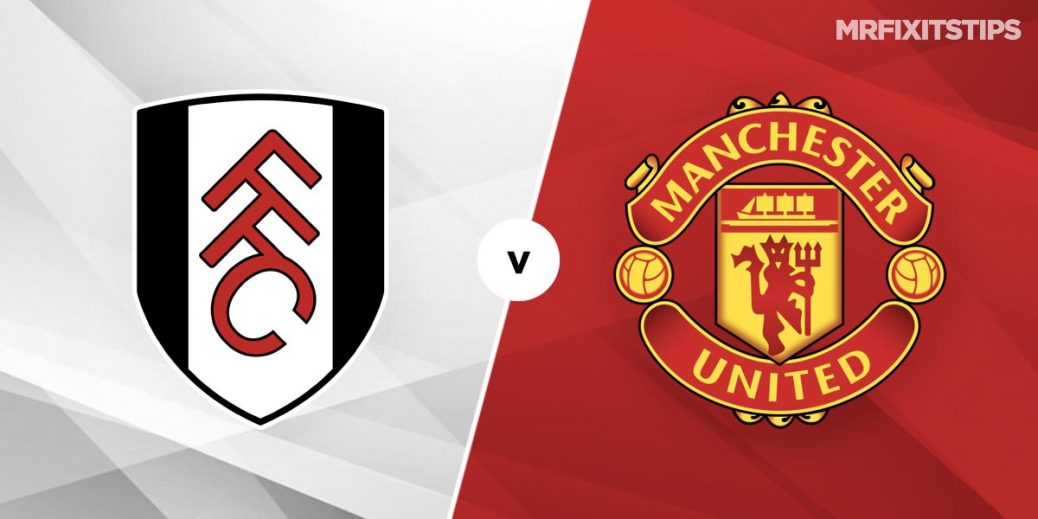 MANCHESTER United will be looking to maintain their position at the top of the Premier League table when they take on Fulham on Wednesday night.

Last time out Ole Gunnar Solskjaer's side solidified their title credentials with a forgettable goalless draw away at fierce rivals Liverpool.

That scrappy stalemate saw the Red Devils remain at the summit of the standings and they will be keen to cement their place at the top of pile when they meet relegation-threatened Fulham this midweek.

Indeed, the Cottagers are currently housed in the bottom-three, however, the West Londoners are playing with steel and their battle to beat the drop no longer looks like a hopeless cause.

Scott Parker's team posted five straight Premier League draws before falling to a 1-0 defeat against Chelsea on Saturday evening, a game where one of my two card tips came up.

Despite that setback Fulham produced a spirited second-half display against the Blues and they demonstrated their improvement in recent draws with both Liverpool and Tottenham.

Fulham have failed to triumph in 9 of their last 10 tussles with Man United and the bookies odds suggest that trend is set to continue with the hosts huge underdogs here at 11/2 with BetVictor, while the draw is an unfancied 16/5 with the same firm.

Man United have won seven of their nine top-flight away matches this term and another Red Devils road success is heavily fancied here at 1/2 with PaddyPower.

Fulham's upward curve has been complemented by their newfound defensive solidity, with each of their last seven Premier League fixtures featuring fewer than three match goals.

The aforementioned sequence includes match-ups with the likes of Liverpool, Man City, Southampton and Tottenham, and I fancy the Cottagers to keep this capital clash competitive.

Therefore, I'll head to Bet 365's Bet Builder market with a view to opposing goals and combine under four match goals, over one Fulham corner and over zero Fulham cards, a nice looking 10/11 angle with Bet 365.

As already alluded to, goals have been in short supply in Fulham fixtures as of late, but I'm prepared to throw in at least two Fulham corners to the above-mentioned combination.

Fulham are averaging just over four flag kicks per game this season but they have hit 2+ corners in recent matches with three of the current top-five sides in the Premier League.

With that in mind, two or more corners for the home team doesn't look like too much to ask for and I'll happily add in at least one Fulham card on account of the Cottagers high card count this term.

That train of thought could also see value lie with the 4/5 on offer for over one Fulham card on Wednesday night – a formula that has rewarded punters in 14/17 Fulham Premier League matches this season.

This English Premier League match between Fulham and Man United will be played on Jan 20, 2021 and kick off at 20:15. Check below for our tipsters best Fulham vs Man United prediction. You may also visit our dedicated betting previews section for the most up to date previews.