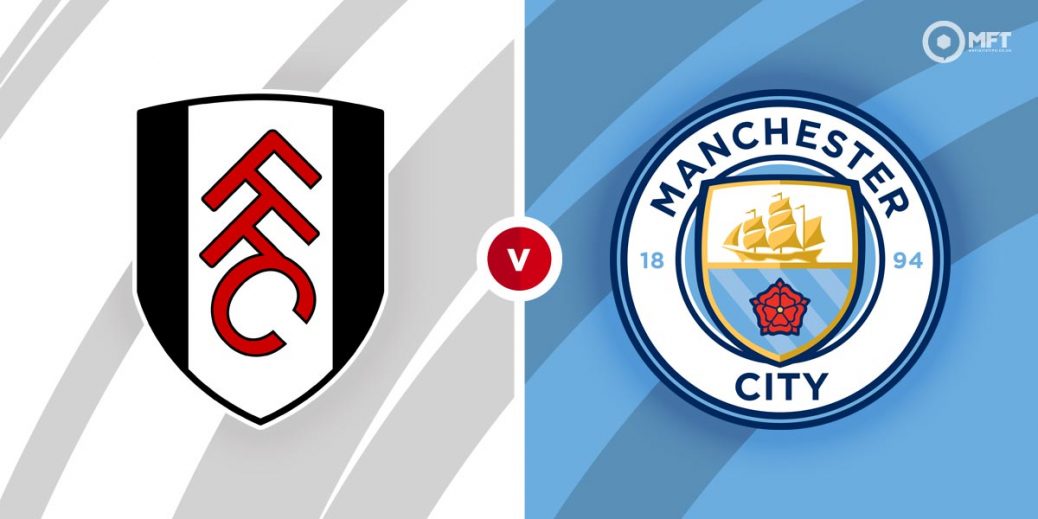 MAN CITY bounced back from their Manchester Derby defeat in style and they will be targeting another three points when they travel to Fulham on Saturday night.

The Citizens 28-game unbeaten run came to a shuddering halt last weekend in a shock 2-0 reverse against fierce rivals Manchester United, but the Blue Moon roared back when ruthlessly cutting apart Southampton at the Etihad Wednesday night.

That success sent Pep Guardiola's star-studded side 14 points clear at the summit of the standings, a result that has made the title race look like a formality with nine rounds of fixtures left to play.

Fulham, meanwhile, are fighting for their Premier League lives and they gave their survival hopes a massive shot in the arm with a hard-fought 1-0 win at Liverpool last Sunday, on an afternoon where our man Mark Walker delivered a full-house of winners.

That Anfield triumph inched the Cottagers closer to safety, but it has also blown the race for Premier League survival wide open in the process.

It also means that Scott's Parker's side have lost just one of their last seven top-flight tussles, however, the Londoners will be hard tasked in their efforts to extend that sequence when champions-elect Man City come calling.

Fulham have failed to win nine of their last 10 league matches on home turf and the hosts are huge underdogs here at 10/1 with Bet 365 and the draw is also deemed unlikely at 4/1 with the same firm.

Man City have won each of their last 10 away matches in all competitions and another Citizens road success is trading at a lowly 4/11 with UniBet.

The bookies odds for this match unsurprisingly suggest that this will be a one-sided affair and it's therefore a case of having to get creative to get a decent price on a Man City win.

With that in mind, I'll take the 2/1 on offer with PaddyPower for Man City to win, Man City most corners and Fulham to receive the most cards.

Man City have won 16 of their last 17 Premier League matches and while Fulham won't make things easy for the league leaders, the visitors should have too much class for the Cottagers.

What's more, Fulham have collected the majority of their points away from Craven Cottage this season, while City have taken maximum points from each of their last seven Premier League road trips.

With the Citizens expected to dominate possession for long stages on Saturday night, I'm more than happy to back Man City to hit more corners than their relegation-threatened opponents here.

Guardiola's swashbucklers are averaging a lofty 6.78 flag kicks per game this season and I suspect they will clock up plenty of corners when attempting to find their way through Fulham's well-schooled defence.

Given Fulham's precarious league position coupled with the fact that they are the second-most ill-disciplined side in the division, I'll complete the combination by backing Parker's posse to pick up the most cards during this contest.

Fulham are averaging 2.21 cards per 90 minutes at their west London base this season and have seen the most booking points in 11 of their 14 home games to date.

That train of thought could see value lie with the 10/11 on offer with Bet 365 for Fulham to receive over one card during this contest – a bet that would have rewarded punters in 11/14 Fulham home games this season so far.

This English Premier League match between Fulham and Man City will be played on Mar 13, 2021 and kick off at 20:00. Check below for our tipsters best Fulham vs Man City prediction. You may also visit our dedicated betting previews section for the most up to date previews.