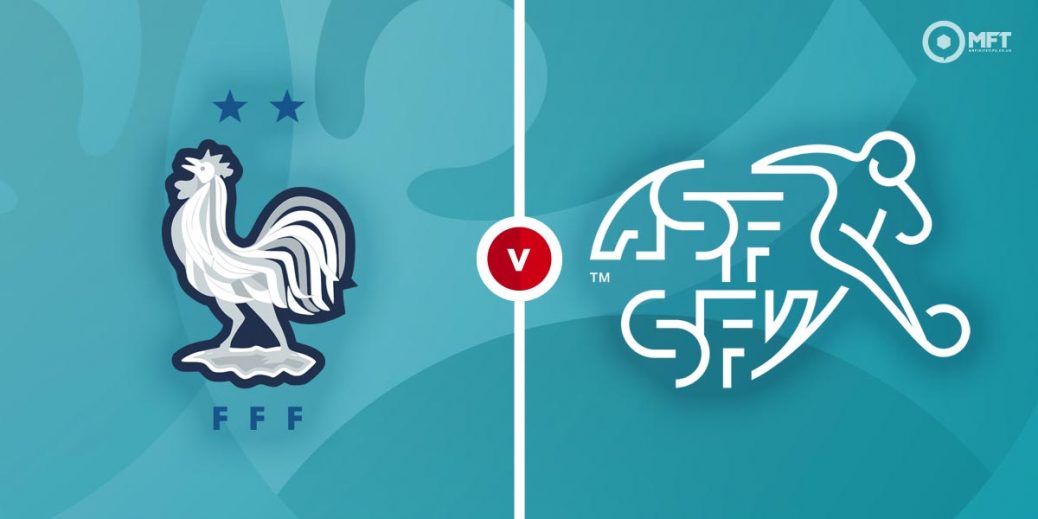 FRANCE headed into Euro 2020 as most people's favourites but have yet to hit their stride as they gear up for a last-16 clash with Switzerland in Bucharest.

I cashed in by backing the world champions to beat Germany in their group opener but the French have busted my coupon since then with draws against Hungary and Portugal.

That was still enough to earn them top spot in the Group of Death, avoiding a tough clash with either England or Belgium, but injuries have left France a little vulnerable for this tie with the Swiss.

Midfielder Adrian Rabiot was forced to fill in at left-back against Portugal after injuries to Lucas Hernandez and Lucas Digne. But Rabiot is a doubt himself for this clash and Ousmane Dembele is also crocked so Didier Deschamps may have to dig deeper into his squad.

Most of his big guns are still fit though and the French should have too much firepower for a Switzerland side who have blown hot and cold so far.

The Swiss let me down when I tipped them to beat Wales and were outclassed by Italy but turned on the style to crush Turkey and book their slot in the last 16.

With Xherdan Shaqiri showing signs of getting back to his best, they could cause France a few problems if the world champions take their eye off the ball.

It's no shock to see France as odds-on favourites and they are a best 11/18 at SBK to win inside 90 minutes, with the odds shortening to 3/11 for reaching the last eight.

The Swiss are 38/11 at Mansionbet to go through and 34/5 with SBK to do it without extra time or penalties. The draw at 90 minutes pays 59/20 at SportingIndex.

France are unbeaten in their last eight games against Switzerland, going back to a 2-1 friendly loss in 1992. But four of those matches ended in draws, including 0-0 snorefests at the 2006 World Cup and Euro 2016.

Armchair fans will praying that's not a bad omen and will hope there's a repeat of France's thrilling 5-2 win at the 2014 World Cup (below) instead.

Karim Benzema sparked back into life for France with a double in the game against Portugal, justifying Deschamps' faith in him. That has taken a burden off the Real Madrid striker (below) and he's 9/5 at BetVictor for anytime scorer which looks good value.

Shaqiri showed his class with that double against the Turks but the pace of Breel Embolo makes him Switzerland's biggest threat. The striker is 6/1 at Betfred to score and that's a good long-odds option.

Switzerland's success has been based on being tough to beat but their defence hasn't impressed at the Euros, conceding in every game. However, you have to weight that up against the recent head to head, with three of the last five meetings ending in 0-0 draws.

That's making me lean towards a lack of goals in this one, especially as the Swiss know they can play for extra time and penalties. Under 2.5 goals is a best 14/19 at SBK, which is decent for accumulators, while betting against both teams to score pays 5/7 at SportNation.

France's games haven't been producing a lot of corners, with just 13 across their three group matches and only one in their clash with Portugal. Under 8.5 corners is priced 11/10 at Paddy Power and the stats suggest that's a good investment.

Granit Xhaka is usually good value for a card and picked one up in Switzerland's clash with Turkey. The Arsenal midfielder is 9/5 at McBookie to be carded.

This Euro 2020 match between France and Switzerland will be played on Jun 28, 2021 and kick off at 20:00. Check below for our tipsters best France vs Switzerland prediction. You may also visit our dedicated betting previews section for the most up to date previews.