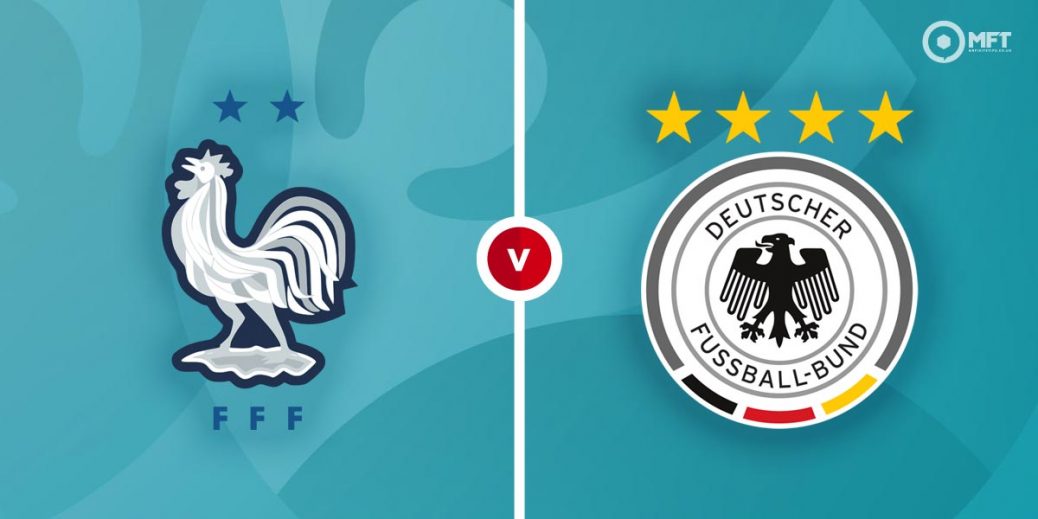 THE first round of Euro 2020 fixtures ends in style with a blockbuster clash between France and Germany that should give armchair fans plenty of excitement.

World champions France are favourites to top the Group of Death ahead of the Germans and Portugal but Joachim Low's men have the advantage of a home crowd in Munich.

And they will need those fans to lift them out of a worrying slump in form, with Low's side suffering some embarrassing defeats over the last year.

Germany were skelped 6-0 by Spain in the Nations League back in November and worse was to come in the World Cup qualifiers as minnows North Macedonia inflicted a 2-1 defeat in Duisburg.

Switzerland, Denmark and Turkey have also avoided defeat against Low's side so the French will fancy their chances of starting the Euros with a win.

A friendly loss to Finland in November is France's only defeat in the last two years and Didier Deschamps has an embarrassment of riches in his squad.

But in-fighting could undermine their bid for Euro glory, with Karim Benzema a controversial call-up and star man Kylian Mbappe falling out with Chelsea striker Olivier Giroud.

Had this match been held anywhere but Germany then France would probably have been around evens. But they are 17/10 with most firms, a price that looks great value. The draw pays 9/4 at BetVictor while the best price on a German win is 45/23 at SBK.

These nations have played out some iconic games at major finals, with the Germans knocking France out of the 1982, 1986 and 2014 World Cups but Les Bleus getting a measure of revenge with a 2-0 victory in the Euro 2016 semis (below).

France have won 14 of their 31 meetings, with Germany claiming 10 wins and the other seven games being drawn. They last met in the 2018 Nations League, with France winning 2-1 at home after a 0-0 draw away.

It's hard to look past Mbappe for a French goal as his electric pace could unsettle a German defence that looks far from convincing. The PSG star picked up a knock in the friendly against Bulgaria but should shake that off to start. He's 23/10 with BetVictor for a goal and that looks good value.

The Germans will probably start with Timo Werner up front but he's too unreliable in front of goal to back for anytime scorer. Manchester City midfielder Ilkay Gundogan looks a better option at 9/2 with BetVictor as he takes the penalties.

France warmed up for the finals with four successive wins to nil but the standard of opposition wasn't great as they defeated Kazakhstan, Bosnia, Wales and Bulgaria. With Germany having home advantage I fancy BTTS here at 6/7 with SportNation which is a good option for accumulators.

Most of the action has come after the break in games at the Euros, with five of the first seven games seeing most goals in the second half. That bet landed for me in England's opener and a repeat in this clash pays 11/10 at McBookie.

Over 2.5 goals trapped for me in the tournament curtain-raiser as Italy crushed Turkey and stands a chance here too at 11/10 with William Hill.

There's no love lost between these nations so the card markets could be profitable. Over 3.5 cards is 21/20 at Betway while French left-back Lucas Hernandez is 13/5 to be carded at Paddy Power.

This Euro 2020 match between France and Germany will be played on Jun 15, 2021 and kick off at 20:00. Check below for our tipsters best France vs Germany prediction. You may also visit our dedicated betting previews section for the most up to date previews.