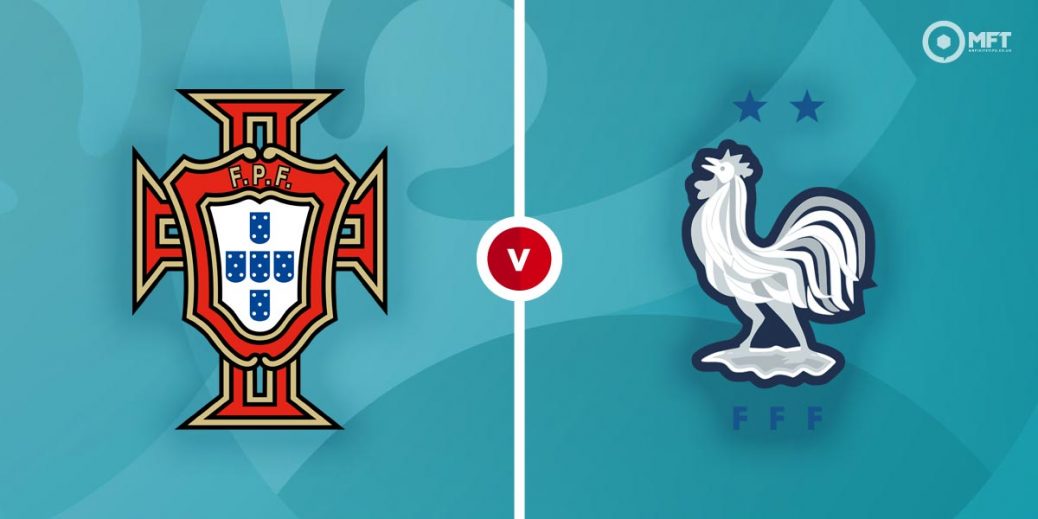 PORTUGAL beat France in the Euro 2016 final but a defeat in this rematch could see their title defence end at the group stage.

Fernando Santos has a better squad than he did five years ago but a 4-2 loss to Germany has piled on the pressure heading into the final Group F fixture.

Portugal already have three points after beating Hungary 3-0 in their opener and that might be enough to take them into the last 16 even if they lose to the world champions.

But if France smash a few goals past them then the holders could end up spinning out so the stakes are high for this clash in Budapest.

A draw wouldn't be the worst result for either side, although the French will want to secure top spot by claiming three points.

Didier Deschamps' side bust a few coupons by drawing 1-1 with Hungary last time out and will be keen to regain momentum ahead of the knockout stage.

They were deserved victors in this group's first clash of the titans, with a 1-0 win over Germany justifying my faith in France, and should raise their game for another big occasion.

France are the favourites but are still available at 13/10 with William Hill which looks good value. The draw will be popular at 2/1 with the same firm while Portugal's best price is 3/1 at SBK.

France have a great record in this fixture, winning 19 of the 27 meetings. Portugal have only beaten them six times but one of those victories was in that Euro 2016 final (below). Since then, the teams have met twice, with a 0-0 draw in Paris followed by a 1-0 away win for France in the Nations League.

I tipped Karim Benzema to score against Hungary only for the Real Madrid striker to let me down. So I'm switching to Kylian Mbappe (below) for this one as his pace could unsettle an unconvincing Portugal defence. The PSG star is 23/10 at BetVictor for a goal and better value at 4/1 for an assist with McBookie.

Cristiano Ronaldo has hit the ground running for Portugal, scoring three times in their first two games and claiming an assist. He's 11/5 with SBK for anytime scorer which looks overpriced while McBookie are offering 9/1 on Ronaldo scoring a header.

I got my fingers burned betting against goals when Portugal faced Germany but I'm going for a repeat here. A draw or narrow defeat would be enough to take Portugal through so I expect them to sit back and frustrate the French.

Deschamps' side have also scored just twice so far at Euro 2020 while the last four meetings of these nations have produced just three goals. Under 2.5 goals is probably only good for accumulators at 4/6 with Boylesports but the odds increase to 2/1 at Bet365 for under 1.5 goals. Betting against both teams to score pays 15/16 at VBet.

Old warhorse Pepe could have an uncomfortable night up against the pace of Mbappe and Co. The veteran Portugal stopper is 10/3 with Bet365 for a card which looks excellent value. The same firm are also offering 20/21 on Portugal picking up the first card.

This Euro 2020 match between Portugal and France will be played on Jun 23, 2021 and kick off at 20:00. Check below for our tipsters best Portugal vs France prediction. You may also visit our dedicated betting previews section for the most up to date previews.