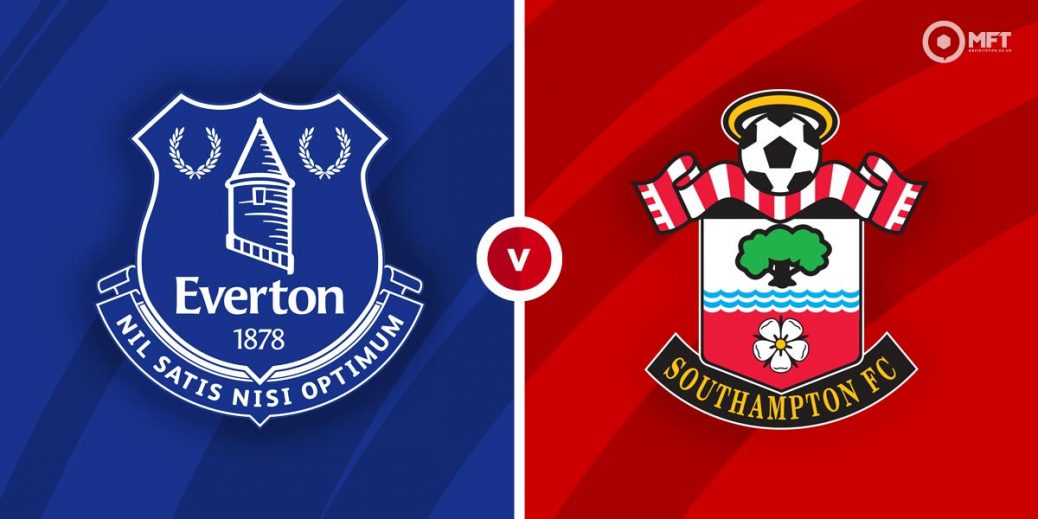 Everton host Southampton at Goodison Park in their opening fixture of the 2021/22 English Premier League season. With a new manager keen to make a good early impression, the Toffees look set for a slim victory over an erratic Southampton side.

Everton head into their opening fixture off the back of a 4-0 defeat to Manchester United in their final preseason outing. They were not at their best and struggled without star men Richarlison and the injured Dominic Calvert-Lewin.

Everton are beginning a new era under manager Rafa Benitez with the Spaniard tasked with bringing some consistency to Goodison Park and improve on their 10th place finish from last season. They didn’t look particularly convincing in preseason, although the result against Manchester United was their only defeat in three warm up matches.

Benitez has a reputation for being a conservative manager and his first duty will be to tighten up the team at the back. He will be keen to make a good early impression and will fancy his chances against an out of sorts Southampton team.

Southampton ended their preseason campaign with a 3-1 defeat to Spanish La Liga side Athletic Bilbao. They were second best throughout the contest with Theo Walcott getting the goal in their only defeat in four warm up matches.

The Saints endured a difficult time in the second half of last season, claiming the fewest points of any team in the final 25 matches of the campaign. They also had the second worst defence in the Premier League, shipping in a massive 68 goals.

Southampton also struggled on the road last season, claiming just four away wins and scoring just 19 times on their travels. Manager Ralph Hassenhuttl's task has been made even more difficult with the departure of top scorer Danny Ings, which raises the question of where their goals will come from.

The bookies have Everton as favourites with bet365 offering 10/11 for a home win. A victory for Southampton is priced at 16/5 with SBK while a draw is set at odds of 14/5 with the same firm.

Southampton’s problems on the road are likely to continue this season and I am backing Everton to come out on top at home.

Everton have a 43-27 advantage with 19 draws from 89 previous matches against Southampton. The Toffees claimed a 1-0 victory in the last meeting at Goodison Park.

Given Rafa Benitez’s conservative style, it might be worth keeping an eye on Everton's centre-backs. Yerry Minna and Michael Keane are likely to get the nod at the back and will be confident of keeping a clean sheet at 17/10 with Sporting Index.

After missing the friendly against Manchester United with a slight knock, Dominic Calvert-Lewin is expected to return to the starting lineup on Saturday. The striker was Everton's top scorer last season with 16 goals and could be backed to score anytime at 7/4 with Paddy Power.

Given Rafa Benitez’s defensive orientation and with Southampton expected to struggle without Danny Ings, under 2.5 goals could be on the cards at 20/21 with MansionBet. Everton won to nil in their last meeting against Southampton and could be backed for a similar result at 23/10 with Sporting Index.

Everton could also be tipped as the only team to score at 11/5 with bet365.

This English Premier League match between Everton and Southampton will be played on Aug 14, 2021 and kick off at 15:00. Check below for our tipsters best Everton vs Southampton prediction. You may also visit our dedicated betting previews section for the most up to date previews.