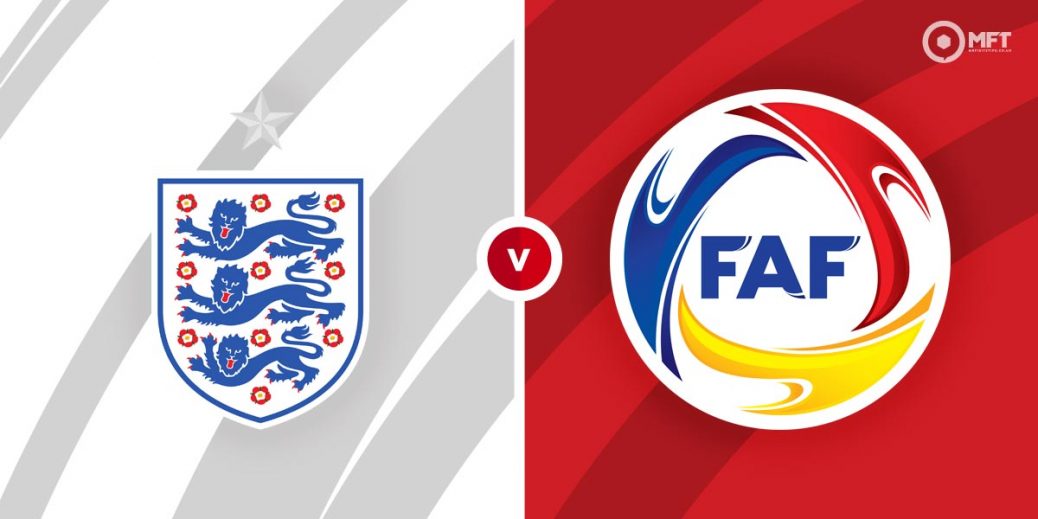 ENGLAND will be looking to tighten their grip at the top of their World Cup qualification group when they welcome Andorra to Wembley on Sunday evening.

Gareth Southgate's men continued their quest towards Qatar with an empathic 4-0 win over Hungary on Thursday, on a night where both of my recommended bets landed.

That Budapest triumph means that it's now four Group I wins on the bounce for the Three Lions, who now boast a five point buffer over Hungary and Poland at the summit of the section.

England will be expected to maintain their 100% record when they meet minnows Andorra on Sunday, as Southgate's side return to Wembley for the first time since July's agonising Euro 2020 final loss to Italy.

Having said that, Andorra will head to London in high spirits after recording a rare success on Thursday night, a 2-0 win against San Marino.

However, that victory marked only the fourth time that the Andorrans have won a competitive match-up since joining Fifa and Uefa back in 1996

England have won each of their last 11 World Cup Qualifiers on home soil and the Three Lions are heavily fancied here at 1/100 (SBK).

Unsurprisingly, Andorra are massive underdogs at 199/1 (SBK) while the draw is a whopping 64/1 (SBK) with the same firm.

This fixture is a massive international mismatch and it's therefore a case of having to get creative to eke out a decent price on an England win.

I'll therefore head to the Bet Builder market and combine England half time/full time, over three England goals and under one Andorra goal, a backable 5/6 shot with Bet 365.

This is the type of assignment that England are particularly efficient in dealing with – the Three Lions have lost only one of their last 51 matches in qualifying for the Euros/World Cup, posting 41 wins in the process.

Indeed, Southgate will almost certainly shuffle his pack on Sunday, but the England chief has some serious firepower in reserve, all of whom will be keen to make the most of their latest opportunity to shine.

Lowly Andorra, on the other hand, have won just seven matches during their quarter of a century stint on the international stage, not to mention their last two visits to England ended in resounding 5-0 and 6-0 defeats respectively.

With all that in mind, coupled with England's embarrassment of riches, the above-mentioned Bet Builder looks like a nice way in at 5/6 with Bet 365.

That train of thought could also see value lie with the even-money (1/1) Featured Bet on offer with PaddyPower for England to score the first three goals of the game, England to take the most corners and Andorra to receive the most cards.

Star-studded England will see plenty of possession for long stages at Wembley on Sunday evening so the aforementioned formula looks like a nice way of trying to squeeze some value out of a Three Lions success.

This World Cup match between England and Andorra will be played on Sep 5, 2021 and kick off at 17:00. Check below for our tipsters best England vs Andorra prediction. You may also visit our dedicated betting previews section for the most up to date previews.