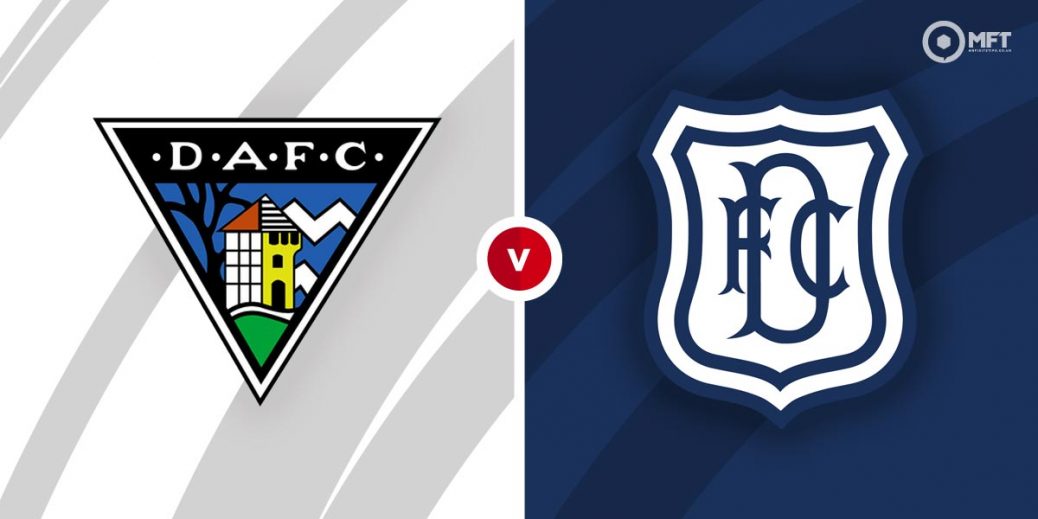 A massive match in the scrap for a Scottish Championship play-off place takes place at East End Park on Tuesday night, as Dunfermline entertain Dundee.

The second-tier play-off race could hardly be tighter and these two big-hitters are among those embroiled in what is a fiercely competitive battle for a top-four berth.

Dunfermline made a strong start to the season but they have been unable to maintain their early-season form, with the Pars winning just four of their last 18 Scottish Championship assignments.

As such, Stevie Crawford's crew have fallen out of the top-four but they will be presented with the opportunity to propel themselves back into the play-off places when Dundee come to town on Tuesday night.

Dundee have blown hot and cold this season and in many ways the Dark Blues 1-1 draw with Morton on Saturday summed up their season under James McPake's stewardship.

Having said that, Dundee are now unbeaten in four league matches and three points in Fife would all but guarantee the Dee' a crack at the Scottish Premiership promotion play-offs.

Dunfermline have failed to win any of their last five Scottish Championship fixtures and a much-needed home win on Tuesday night is trading a 21/10 with TonyBet, with the draw priced up at 5/2 with Bet 365.

Dundee are winless in each of their last eight visits to this venue but the away side are slight favourites here at 13/10 with William Hill.

All three of my recommended bets banked when these two sides squared off at Dens Park just over a fortnight ago and I make no apology for taking the same approach at East End Park on Tuesday night.

Both teams have obliged in a whopping 74% of Dundee league matches this season and with that in mind, I was pleasantly surprised to see we can get some 5/6 (McBookie) on both sides getting on the scoresheet here.

BTTS backers would have been rewarded in three of Dunfermline's last four league matches, while eight of Dundee's 11 Championship road trips this term have ended with both teams getting on the scoreboard.

In fact, James McPake's men have made the net bulge in all but one of their away matches this season, not to mention Dunfermline have notched in eight of their 11 league matches at their Fife base this season.

With that in mind, coupled with the fact that the previous two meetings this season have yielded a collective total of 11 goals, I'm more than happy to proceed with a both teams to score punt at East End Park.

That train of thought could also see value lie with the 19/20 on offer with Bet 365 for over 2.5 goals to be scored during this Tuesday night tussle – a bet that would landed comfortably in each of the last two encounters between these play-off rivals.

What's more, 16 of Dundee's 23 league matches this season have seen three or more goals scored, with nine of their 11 away matches featuring three or more match strikes.

Combining BTTS and over 2.5 goals will boost the price up to a tempting 6/5 with William Hill – a combination that has clicked in seven of Dundee's last 11 Scottish Championship assignments.

This Scottish Championship match between Dunfermline and Dundee will be played on Apr 13, 2021 and kick off at 19:00. Check below for our tipsters best Dunfermline vs Dundee prediction. You may also visit our dedicated betting previews section for the most up to date previews.