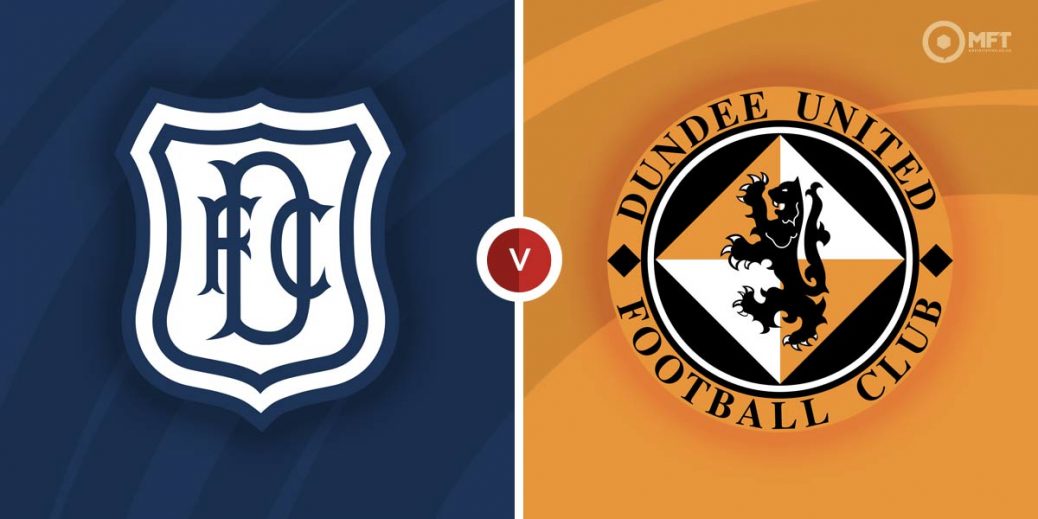 DUNDEE will be hoping a packed Dens Park can roar them to a massive derby victory over Dundee United and spark their survival mission back into life.

Both teams head into this clash in dismal league form, with just one win each in their last eight outings. Yet it's the Dark Blues who need the points more as they sit just two points above rock-bottom St Johnstone heading into the latest round of fixtures.

It has been a cruel winter for boss James McPake, with problems on and off the park casting a dark shadow over Dens Park.

Yet a win over city rivals United would change the mood music and leave them just eight points behind Tam Courts' men having played a game fewer.

While Storm Malik forced Dundee's weekend clash with St Mirren to be postponed, Dundee United's trip to Celtic Park did go ahead.

It looked like Courts' side would claim a morale-boosting point when they were holding the 10-man Hoops as a frustrating game for our man Slips Tips headed into stoppage time.

But Liel Abada hit a late winner for Celtic and made it seven defeats in the last eight Premiership outings for United.

If that form continues, the Tangerines could find themselves dragged into the relegation dogfight so it's imperative they start getting points on the board again.

With both sides in poor form it's a tough one to call. The stalemate looks the best option at 9/4 with SBK while Dundee are 31/20 at Betfair and Dundee United 21/10 at BetVictor.

Dundee United have held the upper hand of late, going four games unbeaten in the derby. And the won 1-0 when the teams faced off at Tannadice earlier in the season (below).

But it was Dundee bossing the fixture before that, going six unbeaten, so they've actually had the better record in the last six seasons.

Charlie Adam has started on the bench for Dundee's last two games but I'd expect him to be unleashed here with the Dark Blues in need of some inspiration. The veteran playmaker is 5/1 at Paddy Power for anytime scorer but an assist might be a better option as he will be on corners and free-kicks. I've yet to see that market priced up though.

Tony Watt is still waiting on his first United goal since a high-profile move from Motherwell. He's a big-game player though and is 11/4 to get off the mark at Paddy Power which looks overpriced.

The half-time draw is a better option than backing a share of the spoils at full-time and it pays evens at SBK. Under 2.5 goals also appeals but the odds aren't great at a best 7/10 with BoyleSports.

Cards are always a great option in a derby and Slips Tips struck gold backing one for Dundee's Shaun Byrne in the first showdown this season. It was one of six yellows that day and this could be another busy night for the ref.

I've yet to see a market for total cards but prices are available for individual players. Callum Butcher looks overpriced at 11/8 (Bet365) after an incredible seven yellows and one red in his last 10 games. Bryne also looks a good price at 13/5 (Bet365) for another derby card.

Dundee should be on the front foot at home and I fancy them for most corners, which pays evens at SkyBet but is just 8/11 at Bet365

This Scottish Premiership match between Dundee and Dundee United will be played on Feb 1, 2022 and kick off at 19:45. Check below for our tipsters best Dundee vs Dundee United prediction. You may also visit our dedicated betting previews section for the most up to date previews.