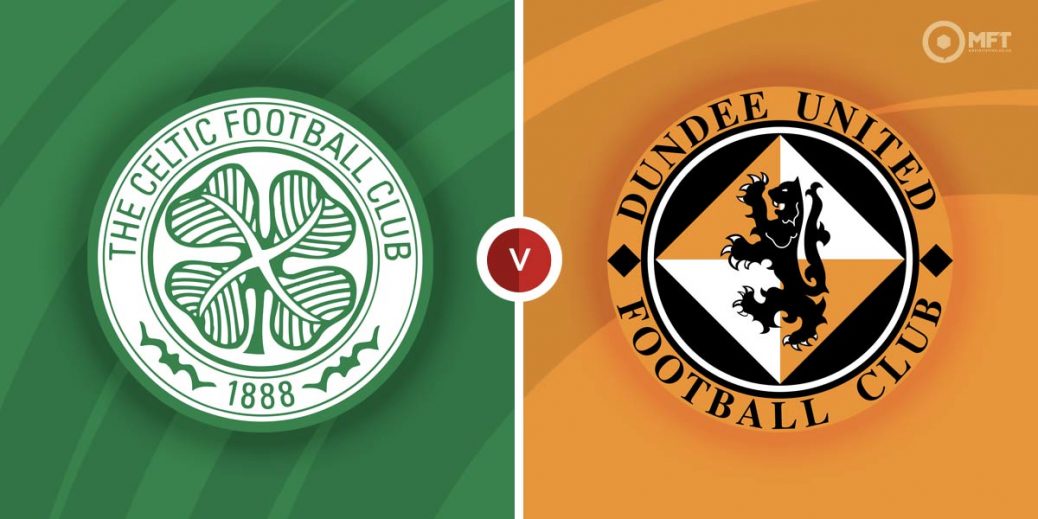 CELTIC will look to stretch their unbeaten streak to 17 matches in the Scottish Premiership when they play host to Dundee United on Saturday afternoon.

The Bhoys remain four points behind league leaders Rangers following a 2-1 win at Hearts in midweek, on a night where my recommended Bet Builder landed.

Despite their dominance for much of the game, it was far from easy for Celtic and they even survived a late scare to grind out a vital victory in Gorgie.

Ange Postecoglou's side will now look to stay on the coat-tails of their city rivals ahead of the second Old Firm game of the season when Dundee United pay Parkhead a visit this weekend.

The Tangerines had gone seven Scottish Premiership matches without a victory, but they snapped that sequence with a 2-1 win over Ross County last time out.

That long-overdue success placed Tam Court's team level on points with sixth-placed Aberdeen but the visitors will know a tougher test awaits them in Glasgow's east end.

Celtic, who have won each of their last six home matches across all competitions, are unsurprisingly short-priced favourites at 3/19 (SBK).

Dundee United have failed to win at Celtic Park in each of their last 39 attempts and the bookies' odds suggest that wretched run will continue with a Terrors triumph trading at 24/1 (SBK) while a repeat of September's stalemate at this venue pays 34/5 (SBK).

As already alluded to, Celtic are heavily fancied here and it's therefore a case of having to get creative to eke out a backable price on a Bhoys success.

I'll therefore head to the Bet Builder market and combine Celtic Half Time/Full Time and Under Six Match Goals, a 4/5 shot at Bet 365.

Ange Postecoglou's hosts have been leading at the interval before going on to bank all three points in seven of their last eight Scottish Premiership assignments.

Sure, the high-octane Hoops are capable of blowing teams away, but it's worth noting each of their last eight  top flight victories have featured four goals of fewer, not to mention the aforementioned combination has clicked in 12 of Celtic's last 13 league wins.

What's more, all but one of Dundee United's 10 Scottish Premier League defeats this term have broken the over 5.5 goal barrier, so  I'm more than happy to merge Celtic Half Time/Full Time and Under Six Match Goals at Celtic Park on Saturday.

With all that in mind, coupled with the likelihood of Celtic having one eye on their crunch Old Firm clash with Rangers on Wednesday night, the above-mentioned 4/5 (Bet 365) Bet Builder makes appeal.

Elsewhere, dipping into UniBet's Match Multi market, it's the 20/23 (UniBet) available Celtic to win, Celtic to take the most corners and Dundee United to receive the most cards that also caught my eye.

Recent results show that this is the type of assignment that the hosts are becoming particularly efficient in dealing with and the aforementioned multiple looks like a nice way of trying to squeeze some value out of what should be another Celtic success.

This Scottish Premiership match between Celtic and Dundee United will be played on Jan 29, 2022 and kick off at 15:00. Check below for our tipsters best Celtic vs Dundee United prediction. You may also visit our dedicated betting previews section for the most up to date previews.