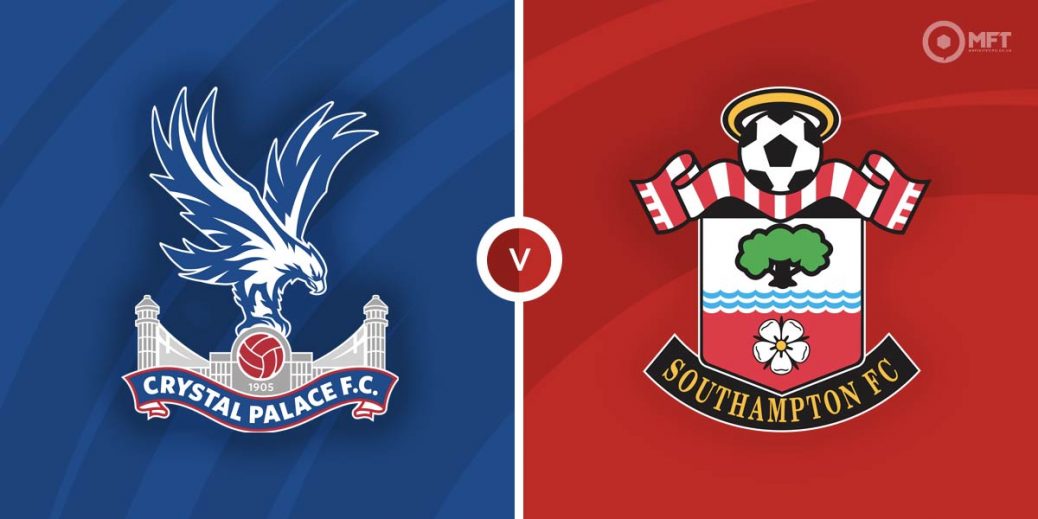 CRYSTAL PALACE will be looking to make it back-to-back Premier League home wins in the space of three days when they welcome Southampton to Selhurst Park on Wednesday night.

The Eagles snapped a run of three straight defeats in the top flight with a well-deserved 3-1 victory over Everton last time out.

That triumph moved Patrick Viera's side up into 12th position in the Premier League table, just three points behind eight-placed Leicester.

Palace will continue their quest to climb up the standings when Southampton pay Selhurst Park a visit this midweek.

Ralph Hasenhüttl's team make a swift return to the capital following a 3-0 defeat at Arsenal on Saturday, in a game which brought up my recommended Bet Builder.

That setback has left the Saints sitting in 16th place in the Premier League, just two places and five points above the drop zone.

Crystal Palace, who have avoided defeat in seven of their eight Premier League home matches this season, enter this contest as 22/19 (SBK) favourites.

Southampton have triumphed in just one of their last 12 top-flight road trips and the bookmakers odds suggest that sequence is set to continue, with the Saints the 5/2 (SBK) outsiders while the stalemate is trading at 12/5 (SBK).

Crystal Palace will have their backers at the above-mentioned price but I would rather take the 5/4 (William Hill) on offer about the hosts scoring two or more goals on Wednesday night.

The Eagles have improved dramatically when it comes to attacking output this season, with Patrick Viera's side netting in each of their last seven league games at their South London base.

In fact, Palace have notched up two or more strikes in 50% of their top flight fixtures this season so far – a tally only topped only topped by Premier league titans Chelsea, Liverpool and Man City.

Southampton, on the other hand, boast an away record that is among the worst in the division, with the South Coast outfit shipping two or more goals in a league-high six of their eight away-days thus far.

What's more, Saints chief Hasenhüttl's isn't without his selection problems to seek, with the men from St Mary's having to deal with a fairly substantial absentee list at the moment.

With all things considered, the 5/4 (William Hill) about over 1.5 Crystal Palace goals looks like an attractive betting proposition at Selhurst Park on Wednesday night.

I'll also dip into the anytime goalscorer market and have a nibble on the 4/1 on offer with Bet 365 for Crystal Palace's Conor Gallagher to get on the scoresheet.

The Eagles leading marksman, who stole the show yet again with a brace against Everton last time out, looks overpriced to breach a Southampton backline which is by no means watertight .

This English Premier League match between Crystal Palace and Southampton will be played on Dec 15, 2021 and kick off at 19:30. Check below for our tipsters best Crystal Palace vs Southampton prediction. You may also visit our dedicated betting previews section for the most up to date previews.