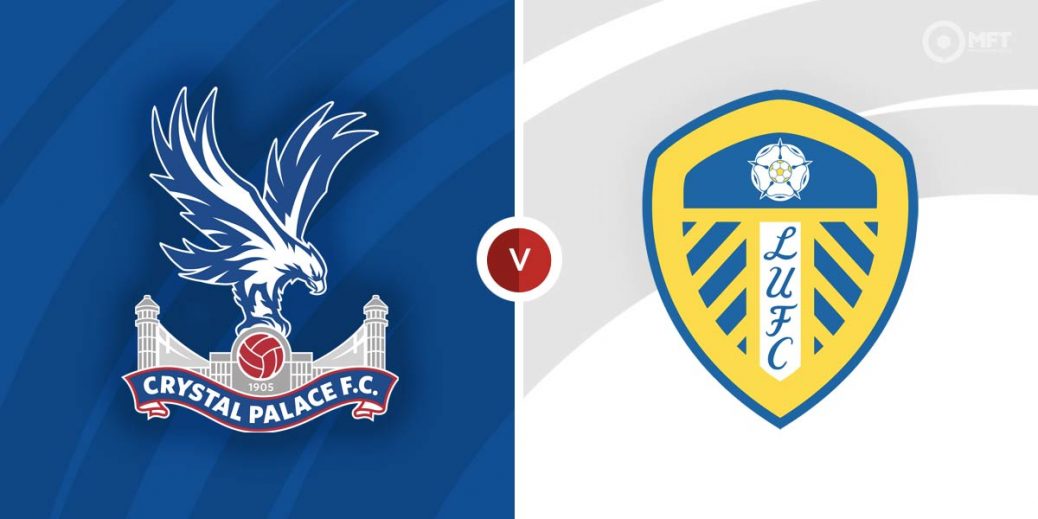 CRYSTAL PALACE will be looking to snap a three-game losing streak when they lock horns with Leeds United at Selhurst Park on Monday night.

The Eagles have exceeded expectations this season but back-to-back defeats away at Leicester and Newcastle have seen them tumble out of the top half of the table.

Either side of those losses Patrick Viera's side bowed out of the FA Cup to Chelsea at the semi-final stage, going down 2-0 to their London rivals at Wembley.

Therefore, Viera will be hoping to spark a response from his side with a view to finishing the season strongly when Leeds come to town.

The new manager bounce is well and truly in force at Elland Road under Jesse Marsch, whose side have won three and drawn one of their four league games under the American's tutelage, the most recent of which was a 3-0 win at Watford.

Despite their recent upturn in results, there is still work to do if the Whites if are to secure a third successive season of top-flight football.

Crystal Palace, who have avoided defeat in 12 of their 16 Premier League home games this season, enter this contest 17/16 (SBK) favourites.

Leeds triumphed in this season's reverse fixture but the same outcome here is an unfancied 45/17 (SBK) while a share of the spoils at Selhurst Park pays out at 13/5 (SBK).

Crystal Palace will have their backers at the above-mentioned price but I would rather take the even-money (PaddyPower) on offer about the hosts scoring two or more goals on Monday night.

The Eagles have improved dramatically when it comes to attacking output this season, with Patrick Viera's side netting in 13 of their 16 league games at their South London base thus far.

In fact, Palace have notched up two or more strikes in 14 of their 32 top flight fixtures this season so far – a tally only topped by seven other teams in the Premier league this season to date.

In fact, Leeds still hold the unenviable tag as the leakiest defence in the division, shipping 68 goals across their opening 32 league games of the season, posting a paltry four clean sheets in the process.

With that in mind, as well as the fact that Leeds have conceded 2+ goals in 17 (53%) of their 32 league games this season so far, siding with over one Crystal Palace goal holds appeal at even-money with PaddyPower.

I'll also head to the goalscorer market where Crystal Palace's Joachim Andersen is perhaps worth a speculative punt at 28/1 with William Hill to score anytime.

Given Leeds' well-documented defensive deficiencies from set-pieces, the Danish centre-half  looks worthy of some interest to bag a goal at a bold price.

This English Premier League match between Crystal Palace and Leeds United will be played on Apr 25, 2022 and kick off at 20:00. Check below for our tipsters best Crystal Palace vs Leeds United prediction. You may also visit our dedicated betting previews section for the most up to date previews.