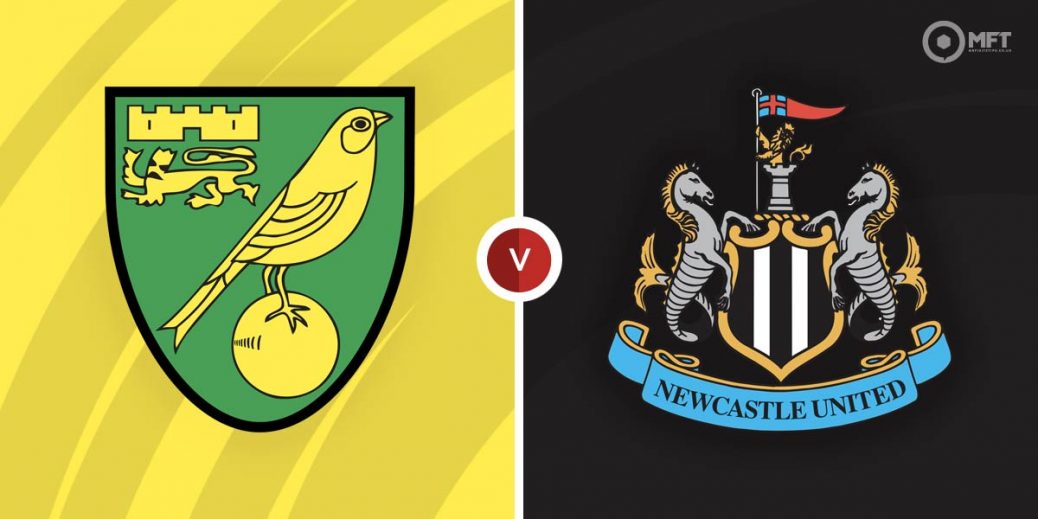 NEWCASTLE UNITED will be looking to make it four Premier League wins on the spin when they face Norwich City at Carrow Road on Saturday afternoon.

Remarkably, the Magpies were five points adrift of safety when they appointed Eddie Howe as manager back in November.

However, the Toon have since hauled themselves away from the drop zone to solidify their top-flight status to sit in the comfort of mid-table.

Following a 1-0 win over Crystal Palace in midweek, Newcastle will fancy their chances of banking another three points when they pay basement club Norwich a visit this weekend.

For much of the season many have already consigned Norwich to dropping back down to the second tier next term, but they have certainly shown signs of life since Dean Smith was appointed.

The Canaries collected four points from recent contests with Brighton and Burnley before suffering a spirited 3-2 defeat at Manchester United last Saturday.

Norwich have avoided defeat in each of their last seven home matches with Newcastle but the bookmakers' suggest that sequence will come to an end this weekend, with a home win trading at 11/4 (SBK) while a point apiece pays out at 27/11 (SBK) with the same firm.

Despite losing each of their last three Premier League away games, Newcastle head to Norfolk as 15/13 (SportsNation) favourites.

Given Newcastle's excellent upturn in form since the turn of the year, I'll happily snap up odds-against quotes about the visitors emerging from Carrow Road victorious.

As already mentioned, the Magpies have demonstrated marked improvement under the management of Eddie Howe, having avoided defeat in 12 of their last 15 Premier League fixtures.

What's more, the Toon have triumphed in a sizeable nine of those aforementioned 15 matches, including six of their last nine outings.

In stark contrast, Norwich’s season has been spent battling the prospect of relegation and you can't help but get the feeling that they are merely waiting to have their inevitable demotion confirmed.

Their confidence will have taken a severe hammering after achieving just a solitary win across their previous 10 league matches, losing on no fewer than seven of those occasions.

With all that in mind, backing an in-from Newcastle team who will now have their eyes firmly set on securing a top-half finish holds obvious appeal at 15/13 with SportNation.

That train of thought could also see value lie with the 11/10 on offer with William Hill for Newcastle to score over 1.5 team goals on Saturday.

The creaky Canaries have conceded 2+ goals in a league-high 19/32 (59%) of their Premier League matches this term, yet the odds imply a 47.6% chance of the same wager copping at Carrow Road this weekend.

This English Premier League match between Norwich City and Newcastle United will be played on Apr 23, 2022 and kick off at 15:00. Check below for our tipsters best Norwich City vs Newcastle United prediction. You may also visit our dedicated betting previews section for the most up to date previews.