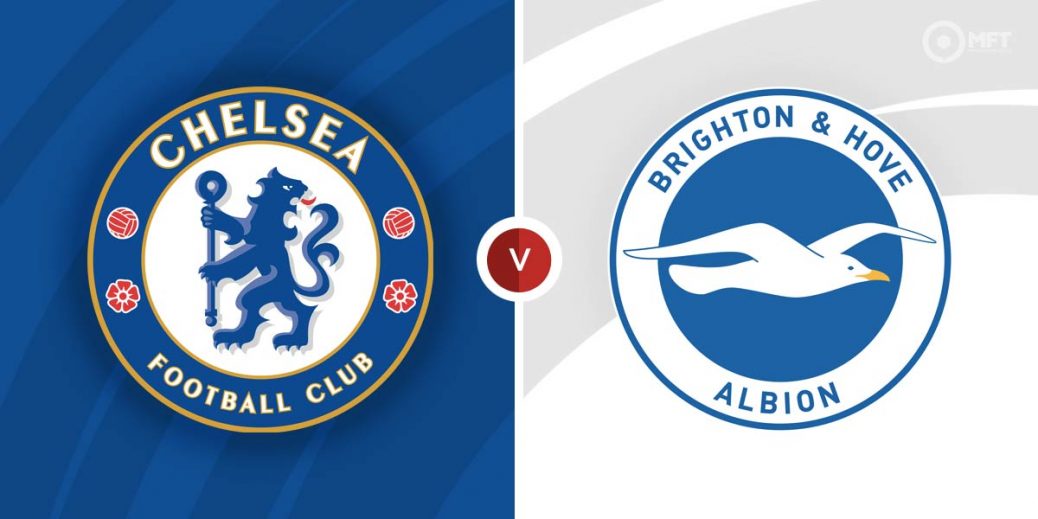 CHELSEA will be looking to record back-to-back Premier League wins for the first time since October when they welcome Brighton to Stamford Bridge on Wednesday night.

The capital club enjoyed a strong start to the league campaign, setting the pace at the top of the table heading into November, but their form has since taken a dip.

That wobble has seen Chelsea slip from first to third in the top flight standings, but a well-deserved 3-1 victory over Aston Villa on Boxing Day has breathed some life into the Blues' faltering title bid.

Thomas Tuchel will be hoping that Villa Park triumph will act as a springboard for further improvement when Brighton come to town.

The Seagulls had gone 11 Premier League matches without a victory, but they snapped that sequence with a 2-0 win against Brentford last time out.

That long-overdue three points propelled Graham Potter's team into the top-half of the table but the visitors will know a tough game awaits them in West London on Wednesday night.

Chelsea, who have won just one of their last four Premier League home matches, enter this contest as heavily fancied 4/9 (SBK) favourites.

Brighton have drawn five of their last six league games away from the Amex but another stalemate here is an unfancied 7/2 (SBK) while an away win is also deemed unlikely at 38/5 (SBK).

You won't get rich backing the hosts at the above-mentioned odds but combining a Chelsea win, under five match goals and over zero Brighton cards will bring about a backable 5/6 (Bet 365) Bet Builder.

Sure, the Blues have been difficult to trust on home turf in recent weeks but they simply have no room for error if they are to keep the pressure on title-chasing Liverpool and Manchester City.

10 of Chelsea's 12 Premier League victories this season this term have featured five goals or fewer whilst a lofty 49 of the Londoners' 57 fixtures across all competitions under Thomas Tuchel have seen under 4.5 Goals bank.

What's more, all but one of Brighton's 17 top flight fixtures this season so far have gone under the 4.5 goal barrier and with all that in mind, I'm happy to merge a Chelsea win and under five match goals.

To round off the 5/6 (Bet 365) Bet Builder I'll also back Graham Potter's guests to collect at least one card at Stamford Bridge on Wednesday night.

Albion have been one of the Premier League's more ill-disciplined sides this season, averaging  2.24 cards per-game and collecting at least one caution in each of their 17 outings to date.

I'll also dip into the anytime goalscorer market and have a nibble on the 7/5 on offer with SportNation for Romelu Lukaku to get on the scoresheet.

The bustling Belgian climbed off the bench to inspire the Blues' comeback victory at Aston Villa and he looks nicely priced to breach a Brighton backline that have posted just two clean sheets across their last nine Premier League matches.

This English Premier League match between Chelsea and Brighton will be played on Dec 29, 2021 and kick off at 19:30. Check below for our tipsters best Chelsea vs Brighton prediction. You may also visit our dedicated betting previews section for the most up to date previews.