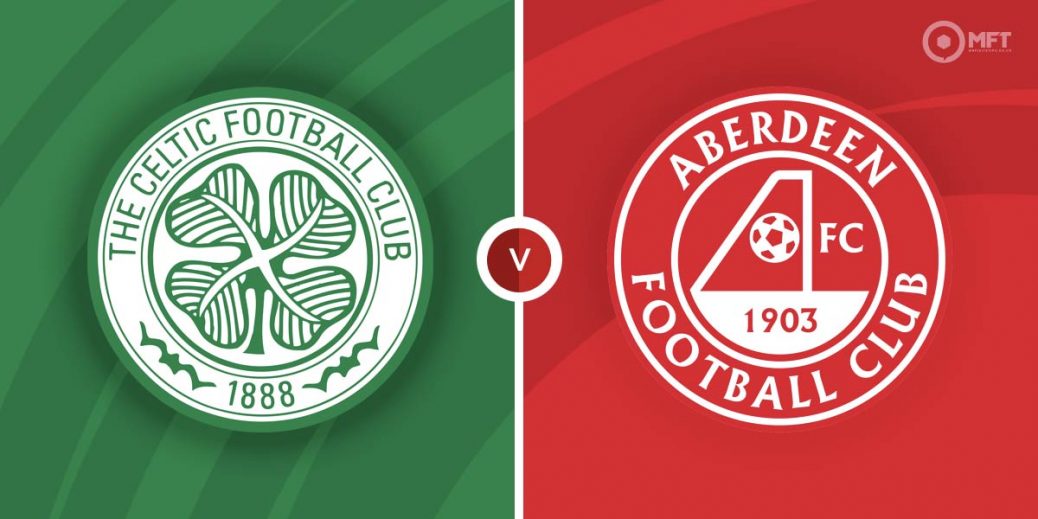 CELTIC will be looking to bounce back from defeat in midweek by claiming all three points against Aberdeen at Parkhead on Sunday.

The Hoops threw away a 2-1 lead to lose 3-2 to Bayer Leverkusen on Thursday evening, a costly late collapse that saw Ange Postecoglou's side bow out of the Europa League in the process.

Celtic now turn their attention back to domestic duties on Sunday, with the hosts aiming to extend their current seven-match unbeaten streak in the Scottish Premiership.

After losing each of their first three away games in the top flight this season, Celtic snapped that sequence with a 2-1 victory in last month's corresponding fixture with this weekend's opponents Aberdeen.

The optimism surrounding Stephen Glass' side in the opening weeks of the campaign quickly evaporated after the Dons made their worst start to a league season in over a decade.

Aberdeen appeared to have turned a corner with a 2-2 draw at Ibrox either side of triumphs over the two Edinburgh clubs, only for the Dandies to instantly see their form take another dip in recent defeats against Motherwell and Dundee United.

Celtic laboured to a shock 0-0 draw with Livingston in their last home game but the Bhoys are heavily fancied to bank all three points here at 1/3 with SBK.

Aberdeen have lost on 25 of their last 28 visits to Celtic Park and the bookies odds suggest that wretched run will continue this weekend, with the visitors 10/1 (William Hill) outsiders while a share of the spoils is an unfancied 4/1 (William Hill ) with the same firm.

The odds about a straight Celtic win look very short, so the best way to squeeze some value out of this could be by delving into the Bet Builder market and combining a home win and over one Aberdeen card at even-money (1/1 ) with UniBet.

The Hoops can ill-afford another off-day on home turf as they continue their pursuit of league leaders Rangers and the high-octane hosts should come out on top against out-of-sorts Aberdeen on Sunday.

The Dons have collected just five points from seven top-flight road trips this term and they will face an uphill task to add to that tally when faced with Ange Postecoglou's attacking forces.

The Bhoys have made the net bulge 22 times across their seven domestic home games this season and that does not bode well for an Aberdeen defence that have failed to post a clean sheet away from Pittodrie this term.

With attack-minded Celtic expected to dominate the tempo of the game, I'll complete the Bet Builder with a minimum of two Aberdeen bookings.

The Granite City guests are averaging 2.43 yellow cards per-game in the Scottish Premiership this season, with Stephen Glass' side collecting two or more bookings in 10 of their last 12 league games.

I'll also dip into the anytime goalscorer market and take the 5/1 on offer with William Hill for Celtic's Josip Juranovic to get one the scoresheet .

Postecoglou's side have been awarded a penalty in each of their last two league games at Celtic Park and the Croatian full-back will likely be on spot kick duty against the Dons after scoring an audacious Panenka penalty against Bayer Leverkusen last time out.

This Scottish Premiership match between Celtic and Aberdeen will be played on Nov 28, 2021 and kick off at 15:00. Check below for our tipsters best Celtic vs Aberdeen prediction. You may also visit our dedicated betting previews section for the most up to date previews.