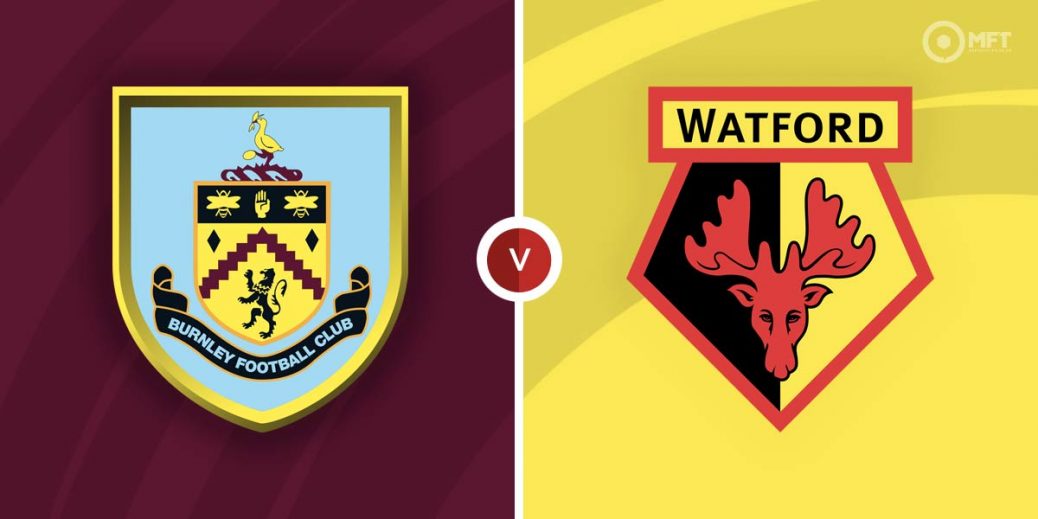 TWO teams battling for their lives towards the bottom of the Premier League table lock horns at Turf Moor on Tuesday night, as Burnley welcome Watford.

Due to fixtures being postponed, the Clarets have not played in the top flight since suffering a bruising 3-1 defeat at Leeds on January 2.

That period in cold storage has seen Sean Dyche's side slip to the bottom of the standings, but they do have at least two games in hand on all other teams in the division.

There is no getting away from the fact that Burnley have struggled for form at their Lancashire base this season, but Dyche and Co will have earmarked this fixture with Watford as one where three points are crucial if they are to beat the drop.

The Hornets left it late to snap a seven-game losing streak in their last outing which ended 1-1 against fellow relegation rivals Newcastle.

That stalemate has left Claudio Ranieri's side hovering dangerously above the drop zone, with the Hertfordshire outfit positioned just one place and one point above the bottom-three.

Burnley, who have prevailed in just one of their last 17 Premier League home matches, head into this clash as 21/17 (SBK) favourites while a share of the spoils in trading at 12/5 (SBK).

Watford are winless in each of their last seven top flight fixtures and the bookies' odds suggest the wait for another three points will continue, with an away an unfancied 5/2 (Betfair).

With the match result market best avoided in this relegation six-pointer, I'm going to dip into Bet 365's Bet Builder feature and combine each team to receive a card and over three match cards at 4/5 (Bet 365).

The stakes are pretty high heading into this dust-up and given the immense pressure that will be on both sides, I suspect that sparks could fly at Turf Moor.

What's more, Burnley currently sit fourth in the English Premier League disciplinary standings with their 2.06 card per-game average, a tally that increases to a lofty 2.57 when playing on home turf.

Watford, on the other hand, are averaging 1.95 yellow per 90 this term, not to mention the Hornets shared five cards in a similar type of assignment with relegation rivals Newcastle last time out.

Granted, referee Craig Pawson is generally a middle of the range card issuer, but the aforementioned Bet Builder would have paid out in five of the last six Premier League matches under the Sheffield-born whistlers' watch.

With that in mind, as well as this being a game neither side can afford to lose, the 4/5 (Bet 365) about each team to see a card and over three match cards combined holds appeal.

Despite having reservations about the 1×2 market here, combining the draw with under three match goals is a longshot that looks worthy of some interest at 10/3 with Bet 365.

It's a combination that has clicked in three of the Clarets' last seven Premier League games and it would have also delivered profit from Watford's most recent match-up with fellow relegation foes Newcastle.

This English Premier League match between Burnley and Watford will be played on Jan 18, 2022 and kick off at 19:30. Check below for our tipsters best Burnley vs Watford prediction. You may also visit our dedicated betting previews section for the most up to date previews.