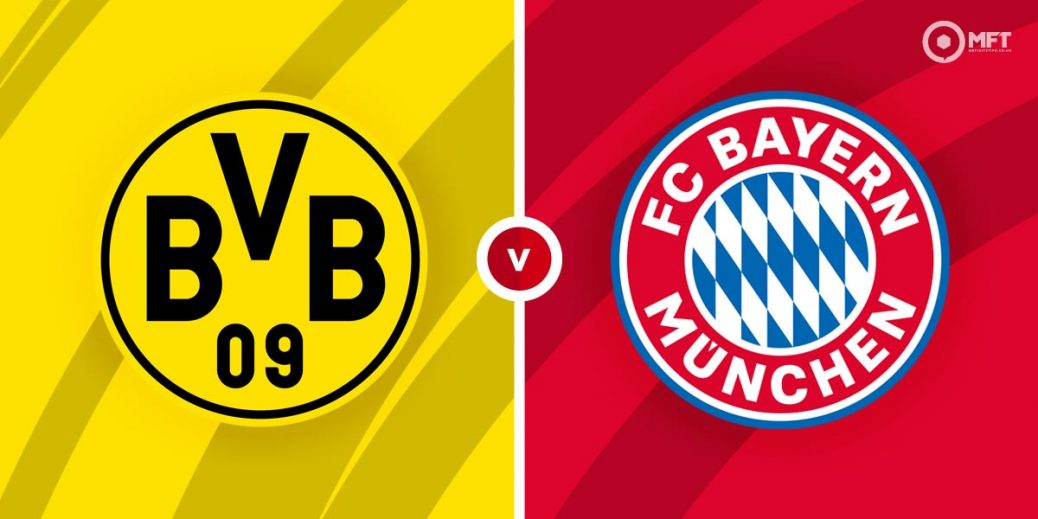 THE German Super Cup has become almost an annual dust-up between Bayern Munich and Borussia Dortmund, with the two giants facing off yet again for the silverware.

It's their sixth showdown in the last seven years and fans will be hoping for a repeat of last year's thriller, which Bayern won 3-2 at the Allianz Arena.

This time it's Dortmund with home advantage and boss Marco Rose will be hoping that can help them claim a fifth Super Cup victory over the Bundesliga champions.

Rose's side have got off to a flier in the new campaign, following up a 3-0 German Cup win at Wehen-Wiesbaden by thrashing Frankfurt 5-2 in their Bundesliga opener.

And they can take further heart from Bayern Munich's slow start as new boss Julian Nagelsmann needed a Robert Lewandowski strike to rescue a 1-1 draw at Monchengladbach when the champions started their title defence.

That showed the deadly Pole is still at the peak of his powers and this clash could turn into a shoot-out with Dortmund star Erling Haaland who has already bagged five goals in two games.

Despite Bayern Munich's weekend draw, the champions are SBK's 22/19 favourites to win in 90 minutes with Dortmund as big as 2/1 at Bet365. The stalemate pays 16/5 at Betway while McBookie have Bayern at 4/6 to lift the trophy and Borussia at 6/5.

Bayern Munich have won the last five Klassikers since losing 2-0 in the 2019 Super Cup (below). All three meetings last term were thrillers with Bayern winning 3-2 in the Super Cup and Bundesliga and the other league game ending in a 4-2 triumph.

It's hard to look past Haaland and Lewandowski but both offer poor value for anytime scorer with the Dortmund ace 5/6 at Paddy Power and the Pole just 4/6.  However, the odds are better if you back them to be their team's first scorer with Haaland at 11/8 with McBookie and Lewandowski 6/5.

Outside of the big two, Dortmund's Marco Reus (below) looks decent value at 13/5 with McBookie for anytime scorer.

On the evidence of last season, goals seem guaranteed, given the three Klassikers produced 16 strikes. A lot of that was down the high line of defending favoured by Bayern boss Hansi Flick, who is no longer at the helm. But Dortmund's games against Nagelsmann's Leipzig side were also thrillers last term, with Borussia winning 3-1, 3-2 and 4-2.

That means armchair fans should be in for another treat with both teams to score a measly 1-3 at Paddy Power and over 2.5 goals as short as 4/11 at McBookie. Over 3.5 goals is a little better at 19/20 with Paddy Power but I'm going for over 1.5 first-half goals instead (11/10, Paddy Power), a bet that landed for me at Parkhead on Sunday.

There was a penalty awarded in the last Klassiker and Paddy Power are offering 17/10 on other spot kick in this clash.