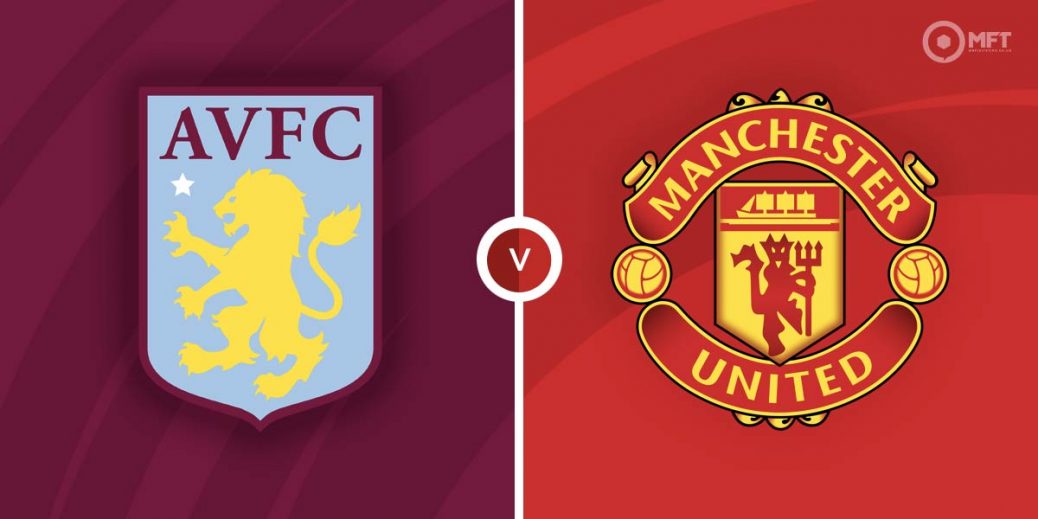 ASTON VILLA will be on a revenge mission when they meet Manchester United at Villa Park in the Premier League on Saturday evening.

The Villans fell to a 1-0 defeat against United in the FA Cup at Old Trafford on Monday night, with Scott McTominay’s early header proving to be enough to propel the Red Devils into the fourth round.

Now the West Midlander's prepare to do battle with the 20-time English champions for the second time in six days, as the two teams return to Premier League action.

Steven Gerrard had made an impressive start to his tenure as Aston Villa manager, but the hosts will enter this tea-time tussle off the back of successive Premier League defeats to Chelsea and Brentford.

Manchester United, meanwhile, are in the middle of a major battle to qualify for next year's Champions League, with the seventh-placed visitors slumping to a 1-0 loss at home to Wolves in their most recent top flight outing, in a game which brought up my recommended Bet Builder.

That setback marked Ralf Rangnick's first defeat as interim manager of Man United and the German tactician will know another tough test awaits his team in the Second City this weekend.

Aston Villa, who triumphed in the reverse fixture earlier this season, enter this contest as 21/10 (SBK) outsiders while the stalemate has been priced up at 28/11 (SBK) with the same firm.

After squeezing past Aston Villa in the FA Cup on Monday night, Manchester United are 11/8 (SBK) favourites to repeat the trick at Villa Park this weekend.

Manchester United are worthy favourites here but they are unlikely to have things all their own way, so I'm going to swerve the match result market and instead combine over zero Aston Villa goals, both teams to receive a card and over two match cards at 4/5 (Bet 365).

Aston Villa have made the net bulge in seven of their eight Premier League games under Gerrard's watch, a sample that includes fixtures with big-hitters Chelsea and Man City.

In fact, the Villans have notched up at least one strike in 16 of their 19 top flight assignments this season, so they will fancy their chances of breaching a Red Devils rearguard that is not exactly renowned for being watertight.

United have found clean sheets hard to come by all season, with the Old Trafford outfit recording a mere four shutouts across their 19 Premier League matches to date.

With that in mind, I'm more than happy to side with the hosts to hit the back of the net at least once here, but to boost the odds, I'll also throw both teams to receive a card as well as over two match cards into the equation.

Both of these sides are ranked in top four of the disciplinary charts at the halfway stage of the season, with Aston Villa averaging 2.11 yellow cards per-game, while Man United's tally is ever so slightly higher at 2.26 per 90.

What's more, referee David Coote has been one of the more card-happy operators in the Premier League this season, averaging 4.91  cards per-game.

It's also worth noting that the aforementioned Bet Builder would have paid out in five of Aston Villa's last eight league games and that only adds to the appeal of supporting the same 4/5 (Bet 365) formula on Saturday evening.

This English Premier League match between Aston Villa and Manchester United will be played on Jan 15, 2022 and kick off at 17:30. Check below for our tipsters best Aston Villa vs Manchester United prediction. You may also visit our dedicated betting previews section for the most up to date previews.