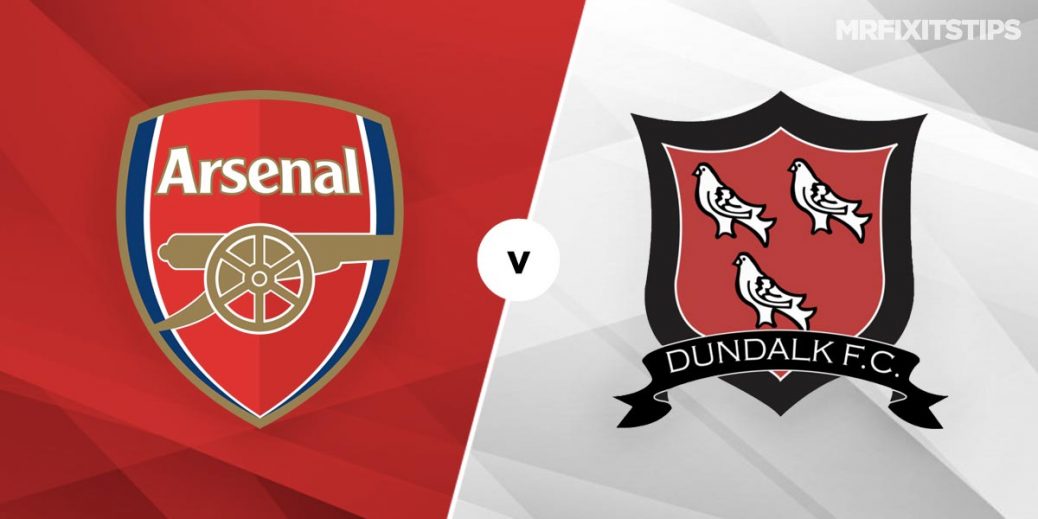 ARSENAL's unbeaten 2020 home record came to an end last weekend and they will be looking to get back to winning ways when they entertain Dundalk at the Emirates on Thursday night.

Mikel Arteta's men go into this Europa League Group B bout off the back of a 1-0 defeat at home to Leicester – the Gunners third loss in their last four Premier League games.

Indeed, Arteta has brought a real sense of optimism back to the Emirates, however, the Arsenal boss will be expecting his side to bounce back in style against Irish outfit Dundalk.

The capital club began their Europa League campaign with a hard-fought 2-1 victory away at Rapid Vienna last midweek, with both of my recommended bets copping in Austria.

Dundalk, meanwhile, having reached the Group Stages for only the second time in their history, fell to a 2-1 defeat in their Group-B curtain-raiser when playing host to Molde last Thursday night.

Filippo Giovagnoli's side have exceeded expectations by reaching this stage of the competition and their primary target will be to remain competitive against a pool of superior opponents.

Arsenal have lost their last two Europa League matches at the Emirates but the odds suggest a repeat on Thursday night is highly unlikely with a home win heavily fancied at 1/16 with Betfred.

Dundalk have won just five of their last 15 Europa League ties and The Lilywhites are a towering 55/1 with Betfair to triumph in north London, while the draw is priced up at 14/1 with the same bookmaker.

What's more, with fixtures coming thick and fast, Arsenal boss Arteta could well ring the changes for what looks like a Europa League mismatch

Whether or not the Gunners chief shuffles his pack remains to be seen, but if so I still fully expect Arsenal to have too much for the Irish visitors who look likely to finish fourth in this section.

In search of some value I'm going to delve into Bet 365‘s Bet Builder where I'm going to combine Arsenal half time/full time, over one match goal and Dundalk to collect over one card.

This is the type of assignment that Arsenal are particularly efficient in dealing with – the Gunners tend to make light work of the Premier league's lesser sides at the Emirates – and the above-mentioned Bet Builder looks like a nice way in here at 21/20 with Bet 365.

Arsenal racked up 10 strikes across their three Europa League Group Stage fixtures in North London last term and given that the hosts should dominate the ball for long stages on Thursday night I'm happy to back the visitors to collect a couple of cards during this contest.

With that in mind, I'm going to pull together another Bet Builder at 4/5 with Bet 365 by backing Arsenal to win, Arsenal to score in each half, Arsenal to take over one corner in each half and over zero Dundalk cards.

This fixture could represent a good chance for Arsenal to restore some confidence when faced with inferior opposition and the above-mentioned betting angle looks like a nice way of trying to squeeze some value out of a home success.

This UEFA Europa League match between Arsenal and Dundalk will be played on Oct 29, 2020 and kick off at 20:00. Check below for our tipsters best Arsenal vs Dundalk prediction. You may also visit our dedicated betting previews section for the most up to date previews.