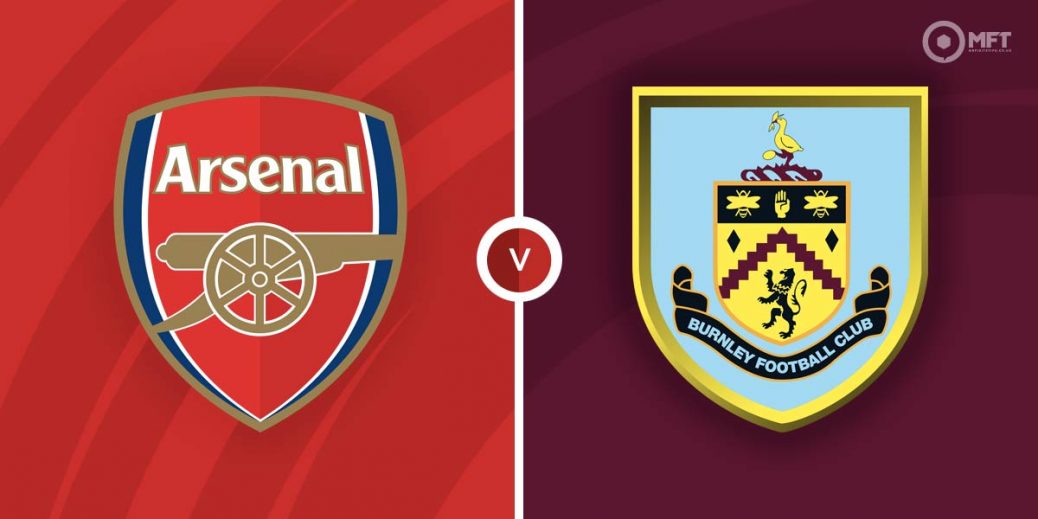 ARSENAL and Burnley will return to Premier League action when they compete against each other at the Emirates Stadium on Sunday afternoon.

Mikel Arteta's men have not been in top flight action since losing 2-1 to champions-elect Manchester City on New Year's Day.

However, the Gunners have been kept busy in the two domestic cup competitions in recent weeks, with the capital club on the wrong end of a trademark FA Cup upset away Nottingham Forest before crashing out of the Carabao Cup against Liverpool on Thursday night.

Arsenal will now return to Premier League action with their full focus on picking up three points against relegation-threatened Burnley.

Due to fixtures being postponed, the Clarets have not played in the top flight since suffering a bruising 3-1 defeat at Leeds on January 2.

That period in cold storage has seen Sean Dyche's side slip to the bottom of the standings, but they do have at least two games in hand on all other teams in the division.

Arsenal, who have triumphed in five of their last six Premier League home games, are short-priced 4/11 (Bet 365) favourites on Sunday.

Burnley's last victory of any kind came against Brentford at the end of October and the bookmakers' odds suggest that long wait for a win will continue, with an away success trading at 9/1 (UniBet) while the draw is also deemed unlikely at 4/1 (Betfred)

Arsenal are too short to side with at the above-mentioned quote but we can get a nice looking 5/6 (Bet 365) Bet Builder by combining a home win, under five match goals and over zero Burnley cards.

Mikel Arteta's team have produced the majority of their best work at their North London base this season, avoiding defeat in eight of their 10 league games at home, winning a healthy seven matches from that sample.

That said, the Gunners rarely blow their opponents away, with each of those seven aforementioned home victories all featuring four goals or fewer.

In fact, the Arsenal to win and under 4.5 goals combination has clicked in no fewer than nine of Arsenal's 11 Premier League victories this season so far.

In contrast, Burnley boast an away record that is among the worst in the English top flight, failing to win a game outside of Turf Moor and scoring just eight goals – so confidence when out on their travels is particularly shaky.

What's more, each of Burnley's eight Premier League defeats this season have gone under the 4.5 goal barrier, so with all things considered, I'm more than happy to merge an Arsenal win and under five match strikes at the Emirates on Sunday.

With Arsenal expected to dictate the tempo of the game, I'm going to round off the Bet Builder by backing Burnley to pick up at least one card during this contest.

Sean Dyche's troops are averaging 2.06 bookings per-game this season, collecting at least one caution in 14/17  league fixtures thus far, not to mention referee David Coote has been one of the more card-happy operators in the Premier League this season, with a 4.75  yellow card per 90 minute average.

This English Premier League match between Arsenal and Burnley will be played on Jan 23, 2022 and kick off at 14:00. Check below for our tipsters best Arsenal vs Burnley prediction. You may also visit our dedicated betting previews section for the most up to date previews.