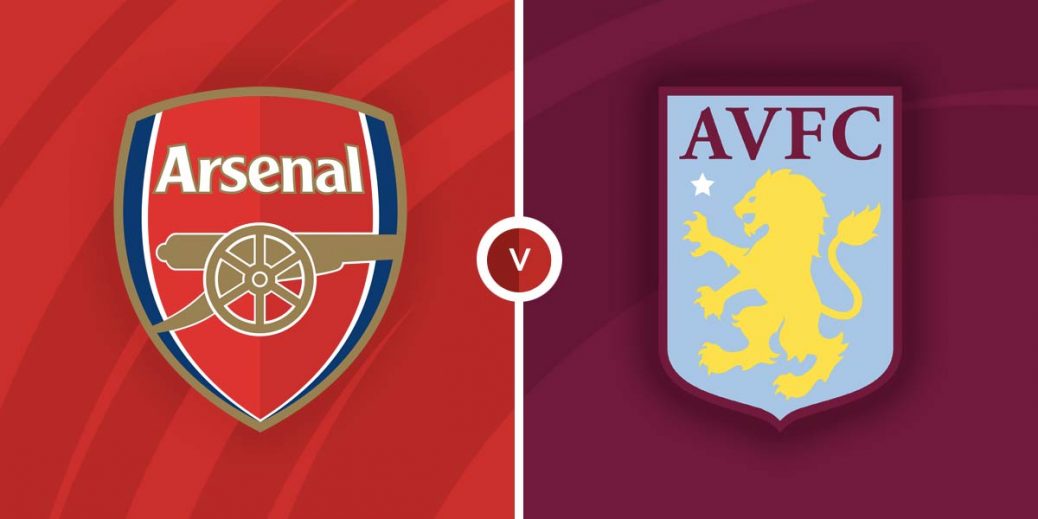 TWO teams that have struggled for consistency so far this season face off at the Emirates on Friday night as Arsenal entertain Aston Villa.

After eight rounds of fixtures, both of these sides are languishing in the bottom half of the table, with just one point and one place separating the pair in the Premier League standings.

The signs of recovery shown by Mikel Arteta's men in recent weeks hit a bump in the road on Monday night, as Arsenal needed a last-gasp equaliser from Alexandre Lacazette to draw 2-2 with Crystal Palace.

However, that stoppage-time strike stretched the Gunners unbeaten run to five Premier League games and they will look to extend that sequence when Aston Villa visit north London on Friday night.

Dean Smith's side have endured a mixed start to the Premier League season, recording three wins, four losses and one draw thus far.

Last weekend, Aston Villa threw away a two-goal lead to lose 3-2 Wolves in a manic West Midlands derby, on an afternoon where my Villa Park long shot landed.

Arsenal have won four of their last six league games at the Emirates and the capital club are 28/29 (SBK) favourites to claim all three points on Friday night.

Aston Villa have emerged victorious from each of their last three Premier League meetings with Arsenal but another Villa triumph here is an unfancied 16/5 (SBK) while the stalemate is also deemed unlikely at 11/4 (SBK) with the same firm.

It's difficult to have much faith in either team here so I'm going to steer clear of the outright betting and instead combine over one match goal, over six match corners and over two match cards, a 5/6 Bet Builder with Bet 365.

Arsenal's defensive display against Crystal Palace bared all the hallmarks of the type of performances that haunted them last term and that vulnerability is something attack-minded Aston Villa will look to exploit.

Dean Smith's men have made the net bulge in all but one of their eight league outings this season, but Villa are from watertight at the back themselves, shipping five goals across their last two matches.

It's also worth noting that seven of Aston Villa's opening eight league games have featured two or more strikes, so I'm happy to proceed with over one goal as the first piece of the Bet Builder, but I'll also throw over six corners into the mix.

Arsenal have been standard-frequency corner takers this term, averaging 5.00 per-game, a tally that increases to 6.75 on home turf, while the Villans are posting an average of 5,63 flag kicks per 90 minutes, a figure that jumps up to a lofty seven per-match on the road.

To round off the Bet Builder I'll go with over two match cards in what promises to be a tasty televised tussle under the north London lights on Friday night.

Aston Villa games are averaging 4.5 cards per-game this term – the joint-most in the top-flight – and we also have a middle of the range card issuer in charge in Craig Pawson, who has produced a minimum of three bookings in five of his six league outings so far.

With that in mind, I'll also combine each team to receive a card and over three match cards at 20/23 (Bet 365) – a combination that has clicked in six of Villa's eight Premier League contests this season thus far.

This English Premier League match between Arsenal and Aston Villa will be played on Oct 22, 2021 and kick off at 20:00. Check below for our tipsters best Arsenal vs Aston Villa prediction. You may also visit our dedicated betting previews section for the most up to date previews.