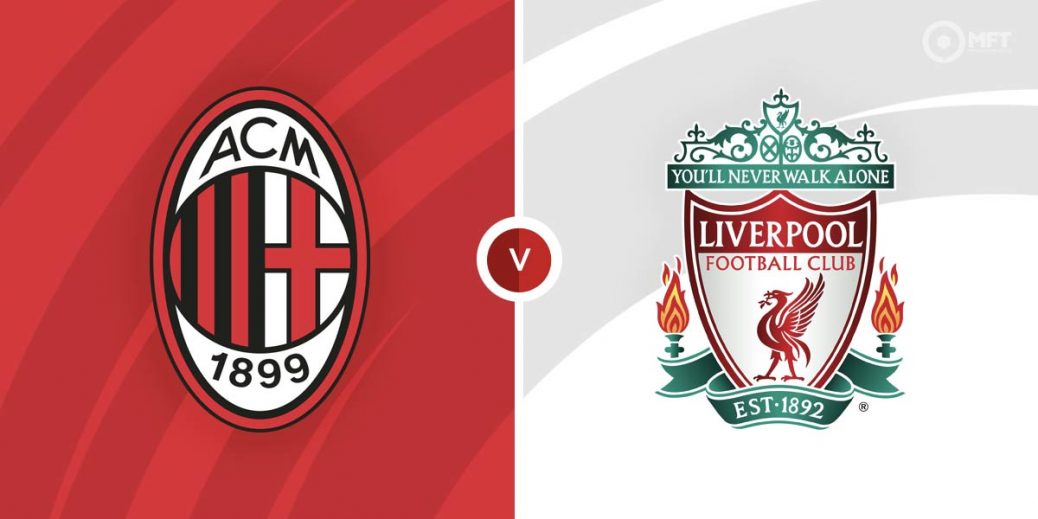 SEEKING to secure a place in the knockout stages of the Champions League, AC Milan welcome Liverpool to the San Siro for Tuesday's make-or-break clash.

After starting their campaign with a trio of defeats, the Rossoneri's return to Europe's premier competition was at serious risk of ending before it had even begun.

However, Stefano Pioli's side claimed their first point at home to Porto on matchday four before boosting their bid for a top-two berth with a hard-fought 1-0 win at Atletico Madrid last time out.

Milan have certainly displayed a true sense of resilience to keep their qualification hopes alive but there is no room for error when Liverpool come calling.

Jurgen Klopp's rampant Reds qualified for the Champions League last 16 as Group B winners with two games to spare and have since put Porto the sword as they look to round off their group-stage campaign with a perfect six wins from six.

The Liverpool chief will certainly welcome the opportunity to rotate his resources this midweek following his side's dramatic 1-0 victory against Wolves at Molineux on Saturday.

AC Milan, who are looking to land their first Champions League win at the San Siro since September 2013, enter this showdown as 13/11 favourites with SBK.

Liverpool defeated their opponents 3-2 in the reverse fixture but the Reds arrive in Italy as 23/10 (SBK) outsiders while the stalemate has been priced up at 11/4 (SBK) with the same firm.

While AC Milan are more in need of maximum points, they are unlikely to have things all their own way here, so I'm going to steer clear of the 1×2 market and instead combine over one match goal, over two Milan corners and each team to receive a card at 5/6 with Bet 365.

14 of the hosts' 16 Serie A assignments this season have featured two or more goals, with nine matches from that sample crossing the over 2.5 goal barrier.

Liverpool have also been flying the flag for goal-based backers this term, with Saturday's 1-0 win at Wolves snapping an 18-game sequence that had seen the ruthless Reds score a minimum of two team goals.

With that in mind, coupled with Stefano Pioli's side having to go all-out for three points on Tuesday night, I'm more than happy to side with over one match strike at the San Siro.

Given the dynamics of the section now come into play, I'll also back the Italian giants to hit three or more corners in their pursuit of the three points they simply must claim to stay in contention in Group B.

To round off the Bet Builder I'll go with each team to receive a card in what should be a closely-fought contest, not to mention Dutch referee Danny Makkelie has awarded both teams a caution in each of his previous three group stage outings this season.

With only pride to play for, Klopp is expected to ring the changes for this one, and that could see value lie with the 8/1 (Bet 365) about Liverpool's Neco Williams to be booked.

The young Welsh right-back has only made four appearances for the Reds this season and will have to shake off some rust if given the nod at the San Siro, so he could be worth considering for a card at a chunky price.

This UEFA Champions League match between AC Milan and Liverpool will be played on Dec 7, 2021 and kick off at 20:00. Check below for our tipsters best AC Milan vs Liverpool prediction. You may also visit our dedicated betting previews section for the most up to date previews.