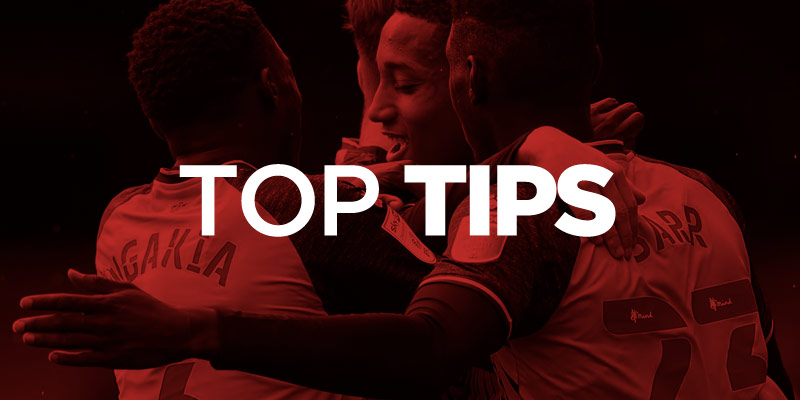 BOTH Leicester and Spurs struggled without their star men on Sunday, falling to defeats by Leeds Utd and Brighton respectively, and missing the opportunity to put pressure on the teams around them.

Liverpool did their bit however with an impressive performance in a 3-1 win at in-form West Ham. That sets up a mouth-watering Super Sunday next weekend when Manchester City are the visitors to Anfield.

Pep's side could be seven points clear ahead of their trip to Liverpool as they play their game in hand at Burnley on Wednesday.

The Red have been cut to 4/1 (Bet365) to retain their title, with City clear favourites at 2/7, so if you fancy Jurgen Klopp's men for a win next weekend and to go on to be crowned champions again, now would be the time to get on board.

The Hornets boast the best home record in the division but have been a little shy in front of goal recently, averaging just a goal a game in their last nine – hardly promotion-winning form.

QPR have won two of their last three but still have some work to do ensure they're not dragged into a relegation fight.  Fourth form bottom but a win would see them climb three places.

Sportingbet are best priced 17/20 on the home win. Despite their lack of goals, Watford could be worth a go on the goals market. Jaoa Pedro looks set to be recalled and Philip Zinckernagel could feature too. Over 1.5 Watford goals can be backed at 1/1 with Marathonbet.

Alan Thomson has one bet at Wolverhampton on a quiet Monday

It's just over 6 weeks until the greatest show on turf; The Cheltenham Festival. Voice of Value has taken a look at the four Champion Races across two posts and they're well worth a read if you fancy an ante-post punt.